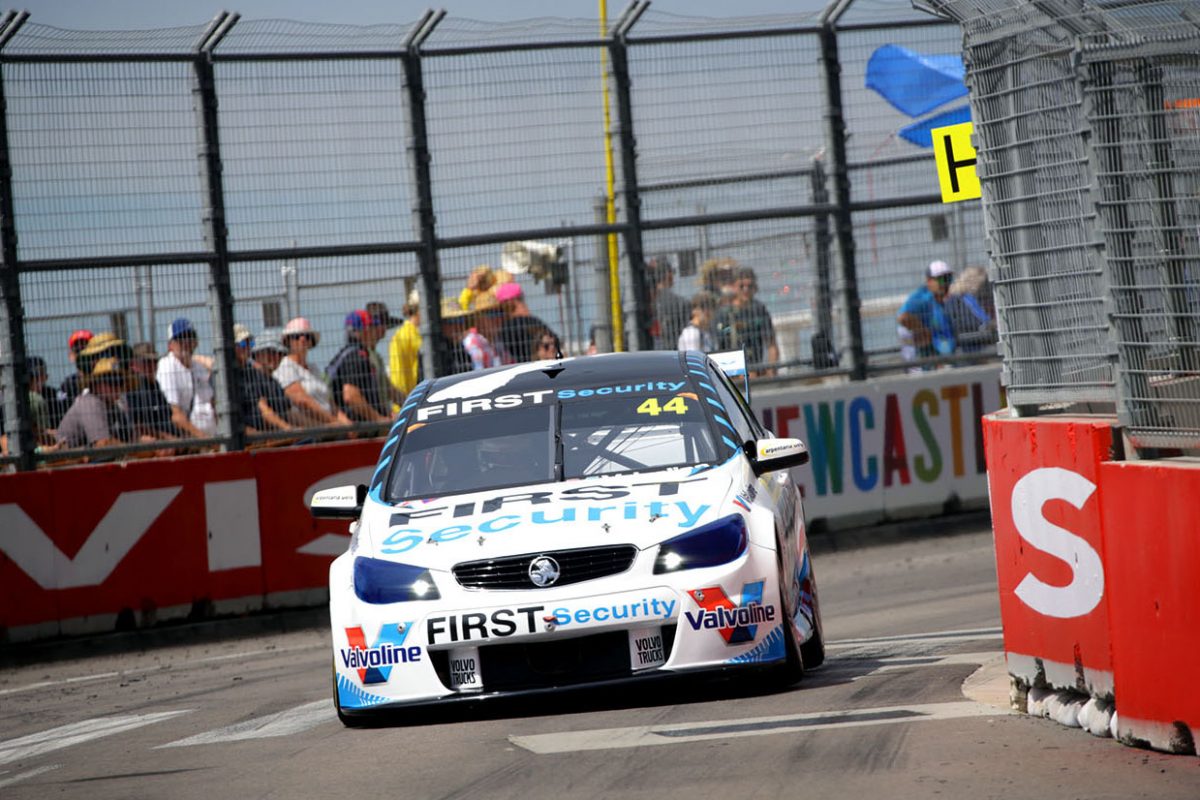 Chris Pither has won the 2018 Dunlop Super2 Series after the final race of the season in Newcastle, which he led at the time, was red flagged and not restarted.

Kristian Lindbom had a sizeable hit with the wall in front of Nobbys Beach which moved the walls at the exit of Turn 10 before the #50 Kali Motorsport VF Commodore ran headlong into the tyre barriers at the end of Turn 11. A Safety Car was initially called before Race Control threw out red flags, at which time a crane was sent to the scene against the direction of the circuit while the field was still heading to pit lane.

After a short delay, it was advised that the race would not restart, meaning that Pither (#44 VF Commodore) and the Garry Rogers Motorsport outfit achieve their first Supercars titles.

It also means that New Zealanders will win both Supercars series in 2018, given that only Scott McLaughlin and Shane van Gisbergen are in contention for the Virgin Australia Supercars Championship.

Pither had qualified on Armor All Pole Position and while he and Brodie Kostecki made even launches from the front row, he had cleared him the #57 Kostecki Brothers Racing VF Commodore by the time they started braking for the first corner.

He was a second to the good after the standing lap and got as far as 1.7s up on Kostecki, while Paul Dumbrell (#88 Eggleston Motorsport VF Commodore) and Garry Jacobson (#100 MW Motorsport Nissan Altima) had a brief dice for third which was resolved in favour of the former.

The Safety Car was called as the front-runners started Lap 6, at which time Pither still enjoyed a lead of 1.4s, and they circulated until the race was suspended on Lap 10 and ultimately called. 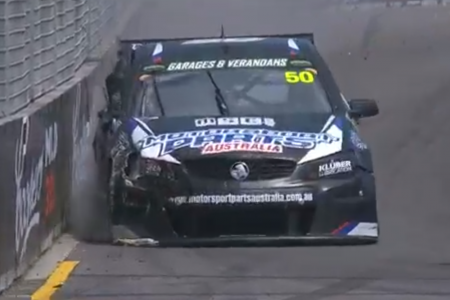 Lindbom bucked over an undulation in the track surface through Turn 10 and belted the concrete wall on driver’s right before skating down to a tyre barrier at the following hairpin.

It is not known if a mechanical failure caused the crash, while Lindbom climbed from the car in a bitter end to his Super2 return.

Pither had needed to finish only seventh to guarantee a series triumph had the race run to a distance which would have seen a result issued.

Two-time series winner Dumbrell finishes runner-up in for a third time in four years, while 2016 series winner Jacobson is third overall in 2018.

Brodie Kostecki won the round as a result of taking out Race 1 a day prior and ends his second year in Super2 in fifth in the standings, behind Alex Rullo (#62 MW Motorsport Nissan Altima).

The new season will start at the Superloop Adelaide 500 from February 28-March 3.