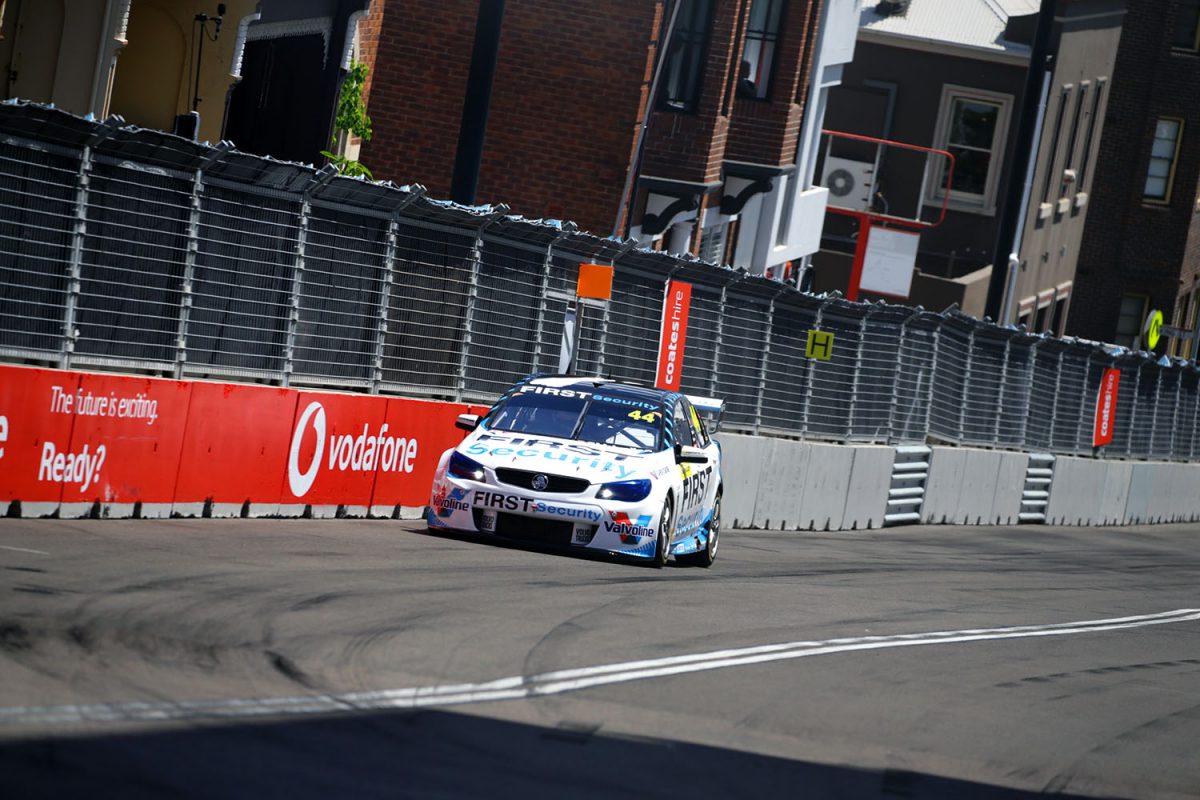 Chris Pither has taken a giant step towards the 2018 Dunlop Super2 crown by qualifying on pole for the final race of the season in Newcastle.

The series leader finished more than three tenths clear of the field while Paul Dumbrell qualified third and Garry Jacobson fourth as they seek to overhaul the Kiwi in the standings.

Pither was fastest after the first runs with a 1:12.2929s on his first flyer and improved to a 1:11.9153s when he came out again in the #44 Garry Rogers Motorsport VF Commodore.

Dumbrell was third at the halfway mark then briefly second but still 0.3970s off Pither’s best before being bumped from the front row by Brodie Kostecki (#57 Kostecki Brothers Racing VF Commodore).

Pither put the cue in the rack with three minutes remaining and Dumbrell’s #88 Eggleston Motorsport VF Commodore was also back in pit lane when Jacobson threatened to take pole in the #100 MW Motorsport Nissan Altima.

A clash between Matt Chahda (#18 Matt Chahda Motorsport VF Commodore) and Jake Kostecki (#56 Kostecki Brothers Racing VF Commodore) threatened a red flag which would cruel Jacobson’s lap and while officials held off long enough to let the 2016 series winner get to the control line, he remained fourth despite improving his personal best after setting the fastest first sector.

The red had come when Chahda slammed into the side of Jake Kostecki on the turn away from Newcastle Beach as the latter get back to speed after bowling a wide, with stewards deeming the latter to blame and therefore losing his fastest time.

Pither needs only to finish seventh in Race 2 to win the 2018 Super2 Series.

That will be resolved over 20 laps from 1415 local time/AEDT.