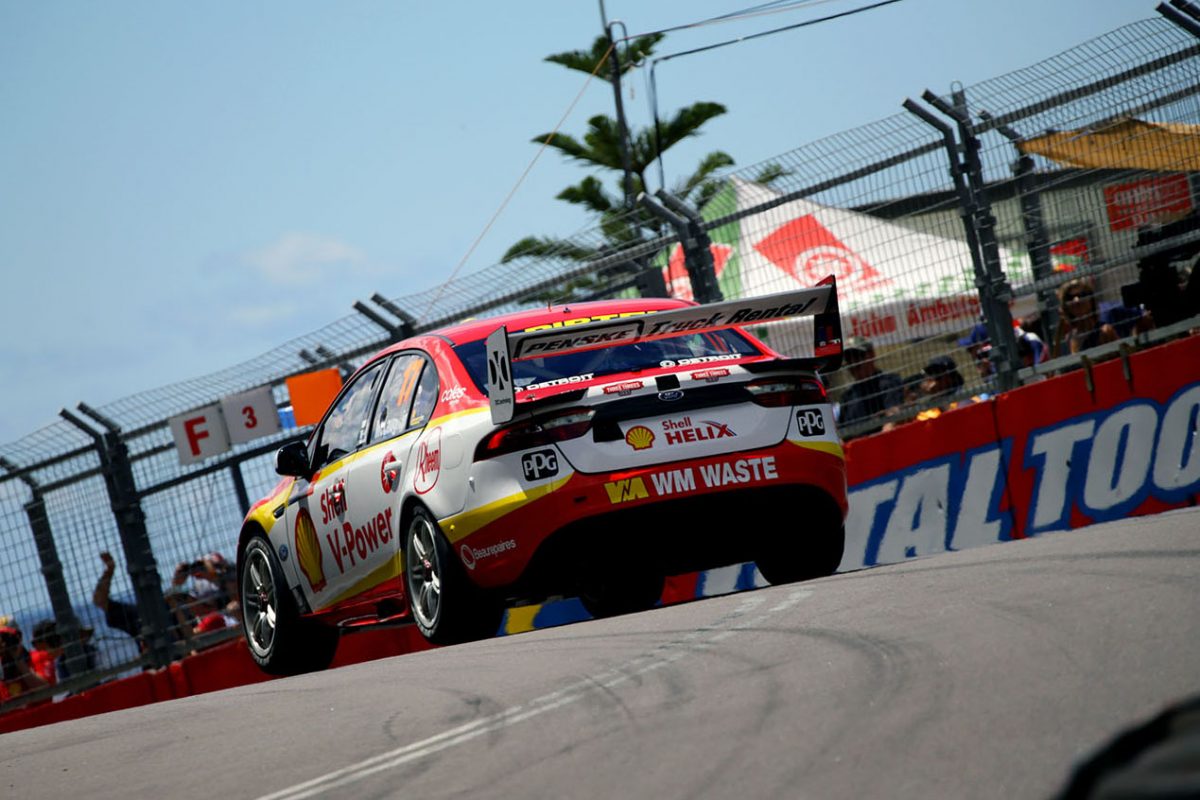 Scott McLaughlin and Shane van Gisbergen will be the last two drivers out for this afternoon’s Armor All Top 10 Shootout after the former nabbed provisional pole for Race 31.

McLaughlin (#17 Shell V-Power FGX Falcon) was fastest at the time of a mid-session red flag in Newcastle which roughly coincided with the end of the second runs, although not quite for van Gisbergen (#97 Red Bull HRT ZB Commodore), and was second to his championship rival with two minutes remaining in qualifying.

However, having been sent back out on-track just as van Gisbergen pitted to bring an end to his session, McLaughlin laid down a 1:10.3057s to wrest top spot back from #97 by 0.1217s.

Each will have one team-mate in the Shootout at the Coates Hire Newcastle 500 with Fabian Coulthard (#12 FGX Falcon) doing enough to provisionally qualify fourth despite a steering rack issue which saw him sit out the final runs, and Jamie Whincup (#1 ZB Commodore) sixth.

“That one was big,” said McLaughlin.

“We’ve got a Shootout to go yet but it was a nice little practice before the shootout; bit of a simulation beforehand and to do the time there was good.

“I’ve learned a few things across the night with (racing) lines and stuff, picked up a few things, but let’s just hope we do it in the Shootout.

“At the end of the day, it’s best execution; I just need to do my role.

“It sounds boring, but at the end of the day, I need to do my best job for the team and if that’s winning this thing then it’s going to be that, but if not we’ll just fight to the end and see how we go.”

Reynolds opened the batting with a 1:10.6787s in the #9 Erebus Penrite ZB Commodore and sat atop the order after the first runs from Lee Holdsworth (#18 Preston Hire Racing ZB Commodore), Whincup, McLaughlin, and van Gisbergen.

The DJR Team Penske Fords each went fastest in quick succession during the middle runs with McLaughlin lowering the benchmark to 1:10.4414s, just 0.0455s faster than Coulthard.

Whincup, however, dropped to ninth having stepped a long way out on the rear brakes into Nobbys Hairpin (Turn 11) while fastest to the second sector. 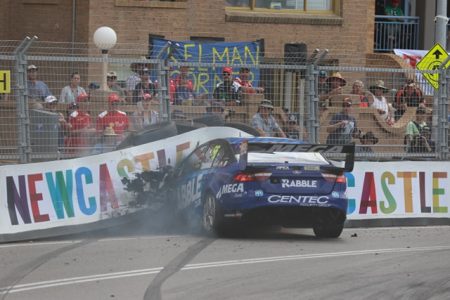 Van Gisbergen was left in 12th when a red flag ruined what was set to be a faster lap as Richie Stanaway careered into the tyre wall at Turn 6.

The Tickford driver got crossed up at the bottom of Shortland Esplanade and couldn’t make the following right-hand bend in the #56 Rabble.Club FGX Falcon.

Whincup immediately progressed to third when the field was let loose again before van Gisbergen leapt to first, edging McLaughlin at the time by only 0.0140s.

While Coulthard’s absence was enforced, McLaughlin eventually re-entered the circuit even when he looked comfortable in second, and stole honours for the session from van Gisbergen.

Cameron Waters (#100 Monster Energy FGX Falcon) looked to have bumped Lowndes out of what would have been a final Top 10 Shootout for the veteran, only for Andre Heimgartner (#7 Plus Fitness Nissan Altima) to see both of them off as he went ninth-fastest after the chequered flag.

Reynolds reclaimed third position in the final minute of the session, while James Courtney (#25 Boost Mobile ZB Commodore) was fifth-fastest.

Waters was 11th and Lowndes 12th, Mark Winterbottom (#5 The Bottle0O FGX Falcon) will start his last race for Tickford Racing from 18th, and Stanway will bring up the rear.

The results mean that just the Falcons of Dick Johnson’s team will start what will most likely be the nameplate’s final ever Top 10 Shootout.

That session starts at 1250 local time/AEDT at the Newcastle 500.

Results: Armor All Qualifying for Race 31