McLaughlin edges Whincup to pole for Race 13 in Darwin > View 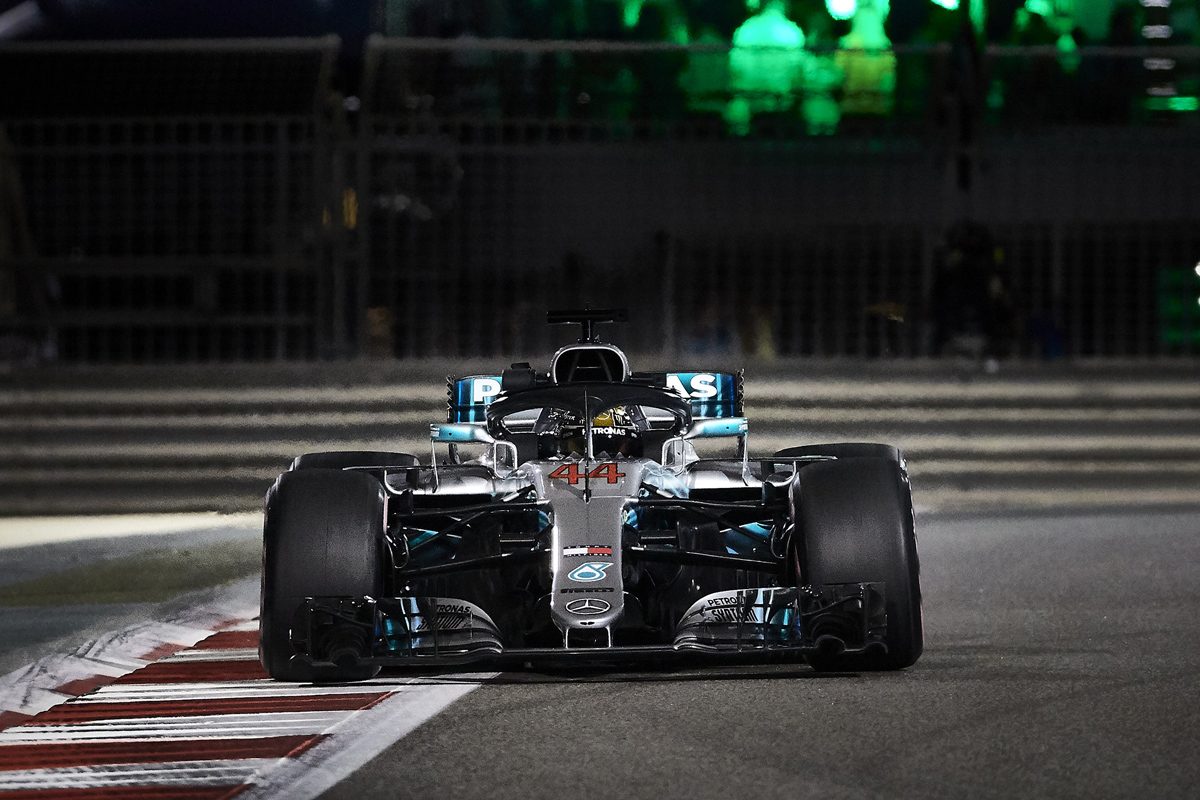 Hamilton dominated the session, recording a solid lap early in the final part of the session only to improve by half a second on his final flyer to solidify himself on pole.

Sebastian Vettel looked as though he could hand Ferrari its first front row start in Abu Dhabi but couldn’t respond when Bottas banked his final hot lap to lock out the front row for Mercedes.

A snatched brake on his first Q3 lap saw Hamilton bank a 1:35.295s lap to set the initial pace, though his effort was still a tenth up on what Bottas could manage.

Daniel Ricciardo all but equalled Bottas’ lap to go third before Vettel jumped into second place with his first lap, just 0.057s off the pace set by Hamilton.

At the second time of asking Hamilton was up by two tenths at the middle split before completing the lap at a 1:34.794s to improve by half a second over his initial lap.

Bottas also improved to demote Vettel, the German unable to respond on his final flying lap.

Fifth went to Ricciardo, 0.607s off Hamilton’s pace but almost two tenths quicker than Verstappen and just over a tenth off of Kimi Raikkonen in fourth.

At the start of Q2 a number of drivers tried to use the purple walled ultrasoft tyres in an effort to give them a strategic advantage in Sunday’s race instead of the softer, faster, hypersoft rubber.

Those who progress into the final part of qualifying will start one the set of tyres they used to set their fastest time with in Qualifying 2.

With the purple walled hypersoft tyres a longer lasting tyre it was a gamble that offered a strategic example for Sunday’s race.

Hamilton was among them, setting a 1:35.693s to bank a time seven tenths faster than anyone else could muster in the opening minutes.

Verstappen’s opening lap was only good enough for tenth, the Red Bull driver having to switch to the hypersoft tyres to ensure his place among the final 10.

Starting his final lap, Charles Leclerc set the fastest time of anyone up to the second split to bank the third fastest time.

The Frenchman bumped Hulkenberg as times began to tumble with only Hamilton unaffected by the improvements of others, such was the pace of the Englishman’s first lap.

Vettel improved after switching to the hypersoft tyres for his final run, having banked a scruffy first effort on the ultrasoft Pirelis.

Falling at the first hurdle were Brendon Hartey, Pierre Gasly, who had an engine problem as he crossed the line, Stoffel Vandoorne, and the Williams duo of Sergey Sirotkin and Lance Stroll.