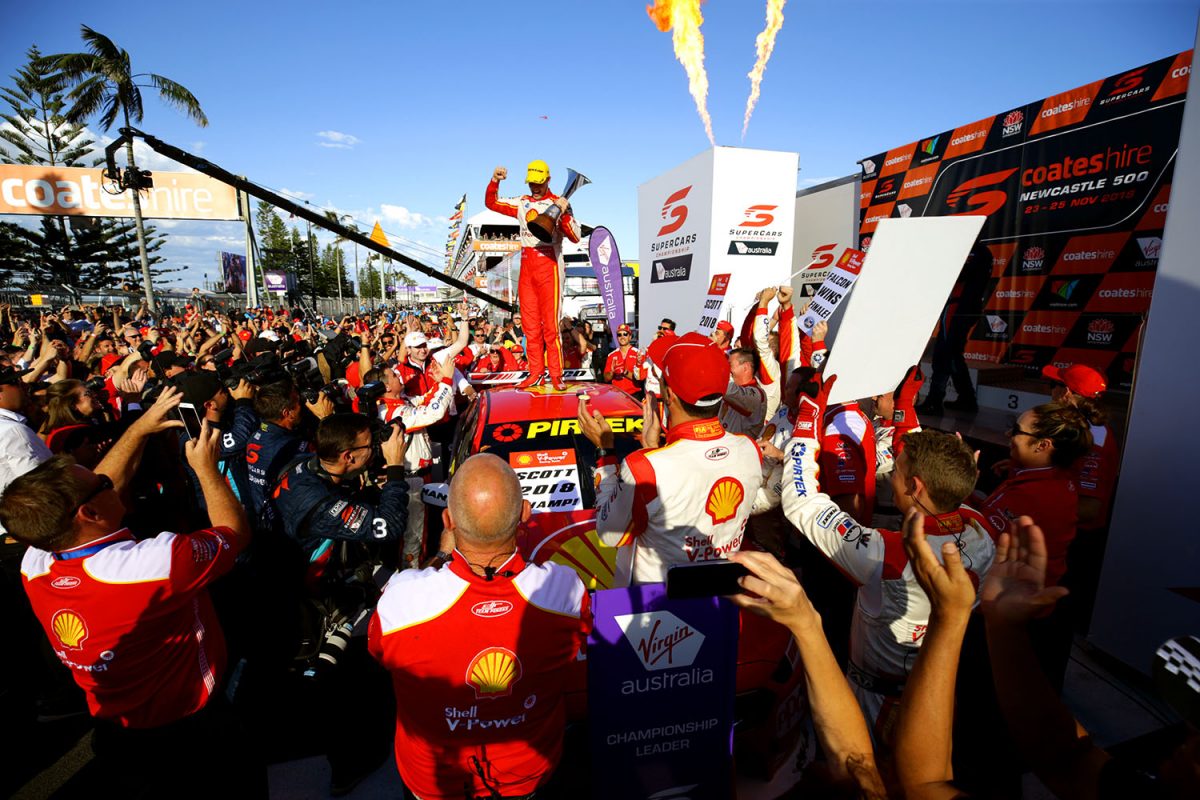 Scott McLaughlin has called his victory in the 2018 Virgin Australia Supercars Championship ‘redemption’ following his heartbreaking near-miss 12 months ago.

McLaughlin finished second in the final race of the season in Newcastle to confirm himself as champion over Shane van Gisbergen, who ended the race in fourth, leaving the pair split by 71 points in the final wash-up.

“A lot of redemption from last year,” McLaughlin told Fox Sports of his feelings on taking his maiden championship.

“We (Ludo Lucroix, engineer) were both cut up a fair bit from it and we were able to come back.”

The New Zealander admitted he’d always targeted victory in the touring car series rather than seeking glory in other categories.

“I never dreamed of going to Formula 1 or anything like that,” he explained in the post-race press conference.

“I dreamed of being on this trophy and the Bathurst trophy like my hero Murph (fellow New Zealander, Greg Murphy).

“It’s something that I just worked on it all year; it’s been a pressure cooker year,” he added.

“It’s a massive weight off my shoulders.”

“The way things turned out last year, we’ve been on the other side of this as well,” he noted.

“You can see Scotty, to see him recover from last year the way he has, it’s spectacular.”

Roger Penske himself added, “I think that Scotty is a real champion, but it’s more about all the guys behind him that made the difference and I just take my hat off to obviously Ford and the Falcon, Shell V-Power and the people that made it happen for us.”

For McLaughlin, the idea of being the 2018 champion still hasn’t sunk in.

“I still haven’t really come to grips with the whole thing,” he said.

“(There’s) Some pretty amazing people on this trophy, some people I’ve looked up to since I was a young kid karting.

“It’s just very cool to be able to put my name on that trophy and with the team, DJR Team Penske, it’s their first championship since the joining of the teams.

“Unfortunately I didn’t catch up with Roger before he left but it’s just unreal, it’s a surreal moment. I’m just blown away.”