Van Gisbergen: I thought it was all over

Van Gisbergen: I thought it was all over 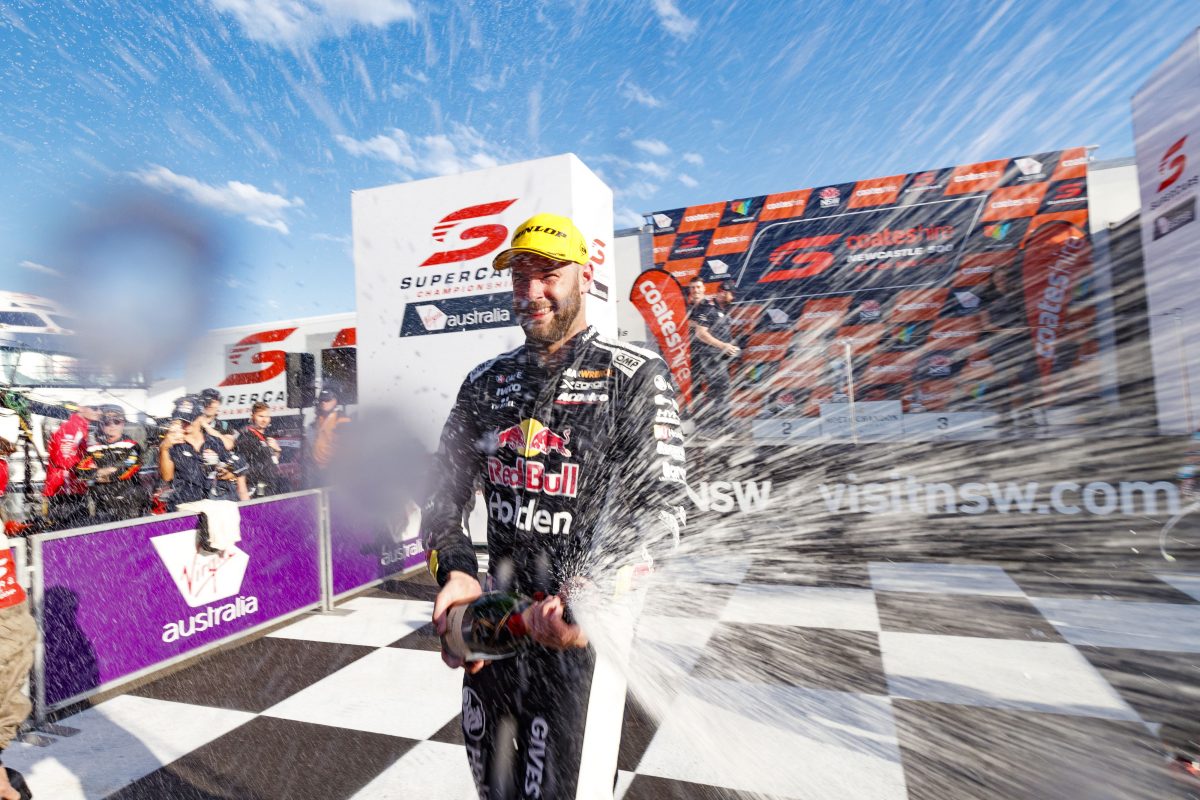 Shane van Gisbergen thought his hopes of a now provisional victory in Race 30 at the Coates Hire Newcastle 500 were dashed by his twin pit stops under Safety Car.

In a comeback which led to McLaughlin quipping that both are “like cockroaches to each other” such is their knack of bouncing back from situations which should cruel their races, the Triple Eight driver took a win which leaves the fast New Zealanders only two points apart with a race remaining in 2018.

The result is, however, under a cloud due to an investigation into an apparent breach of regulations during van Gisbergen’s second pit stop, when his car appeared to be lowered to the ground before refuelling had been completed.

Van Gisbergen led Race 30 when Fabian Coulthard skated into the Turn 1 tyre wall on Lap 42 and was cleaned up by both Nick Percat and Tim Blanchard to trigger the only Safety Car period of the afternoon.

Car #97 was serviced and easily beat Scott McLaughlin’s #17 Falcon into the fast lane as expected, but entered pit lane again a lap later to ensure that van Gisbergen could meet the 140-litre minimum aggregate fuel fill.

More than half the field emulated him with a second stop (and a third for some) under Safety Car, meaning van Gisbergen was seventh for the restart.

He gradually rose to second through a combination of on-track passes and pit stops for cars in front, before catching McLaughlin on the final lap and passing for the win at Nobbys Hairpin (Turn 11).

“It was epic, I thought it was all over, the chance for the victory that is, after the Safety Car came out,” recalled van Gisbergen.

“I hadn’t got the call yet (that he had made the critical lap), I knew that it was too early, and obviously we had to come back in again.

“I tried to burn as much fuel as we can so I could fit it in, which we could, and then came out and there were four of those Nissans there, which are the hardest cars to pass.

“Then I saw them all doing burnouts so I knew they had to come back in and stop.

“Simona (de Silvestro) was really quick, driving very well, I couldn’t get past her and backed off and went again and she threw the indicator on, which was good, but yeah, unreal.

“The finish, I didn’t see it coming, I thought we would have been home and hosed but I saw how early he was backing off with two (laps) to go and then out of Turn 9 on that last lap, he was really out of it.

“But yeah, crazy, sets up tomorrow and I can’t wait…”

As it turns out, van Gisbergen’s situation under Safety Car had not been nearly as dire as it seemed at the time.

McLaughlin was second on the road having managed to make 140 litres by venting fuel, sandwiched between two cars which did not pit under Safety Car in those of Lee Holdsworth and Michael Caruso.

The other three cars in front of van Gisbergen would also have to pit again before the end of the 95-lap race although one of those drivers, Chaz Mostert, handed his position to the eventual race winner when he emulated Coulthard’s error.

Should van Gisbergen retain his win, the championship will go to whoever of he or McLaughlin finishes better in Race 31 in Newcastle.

Armor All Qualifying for that encounter starts tomorrow at 1050 local time/AEDT.