Tander has no S5000 plans despite Newcastle demo

Tander has no S5000 plans despite Newcastle demo 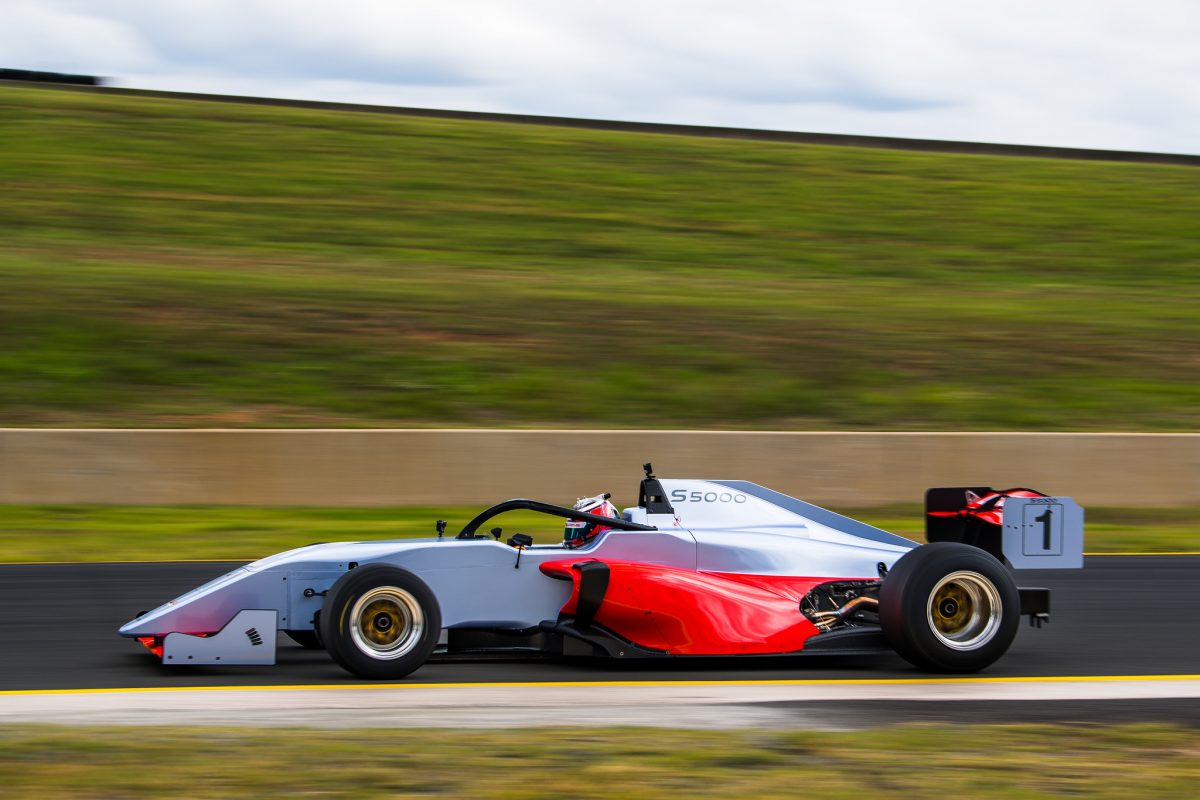 The S5000 make its public debut at Sydney Motorsport Park earlier this week.

Garth Tander has ruled out competing in the S5000 series next year despite driving the car in a demonstration run on Sunday at the Coates Hire Newcastle 500.

The Garry Rogers Motorsport pilot will become the third driver to conduct runs in the car this weekend after Greg Murphy and John Bowe both sampled the 560-horsepower machine on separate occasions.

Tander’s run will take place immediately after Sunday’s Armor All Qualifying session, which will see him jump across from his Holden to the bespoke S5000.

Having already driven the previous two concepts of the car, Tander is keen to drive the S5000.

“We’re obviously pretty close to (the project) but for me personally driving it (next year), no that’s not going to happen,” Tander told Speedcafe.com.

“Should be cool. Haven’t driven this one, so just jump straight in and go for a burn,” he added.

“(I) Drove the other two iterations of this, and this obviously being the final one, so it will be nice to go for a drive.

“Probably won’t be able to get up it too much on a bumpy street circuit but still be nice to go for a drive.

“You won’t be able to push it anywhere near the limit around here because it’s a demonstration and it’s a street circuit, so the car hasn’t done any development on a street circuit at all, so we’ll just be cruising around.”

Nissan Motorsport’s Andre Heimgartner is the only other Supercars full-timer to have steered the S5000 after the New Zealander got behind the wheel at Sydney Motorsport Park on Monday.

Murphy was the first to cut laps aboard the car in public on Friday and said he was impressed with the experience.

“It’s always great getting behind the wheel of something new and especially something as exciting as the S5000,” Murphy said.

“I’m very honoured and privilege to get the chance to do it, but I only did a couple of laps, and it wasn’t enough – I want more now!

“If you can master one of these, and if the field of drivers is of a high calibre – young and fast – then this will be a stepping stone to Europe and America.

“This car needs young drivers with no fear who are willing to push the envelope of these cars.

“I hope that it can bring back a new interest in this type of formula in Australasia. There are a few Kiwis who are keen to get behind the wheel of these cars.

“I really hope it’s a massive success. It deserves to be because it is fast, loud, cost-effective and very reliable.”