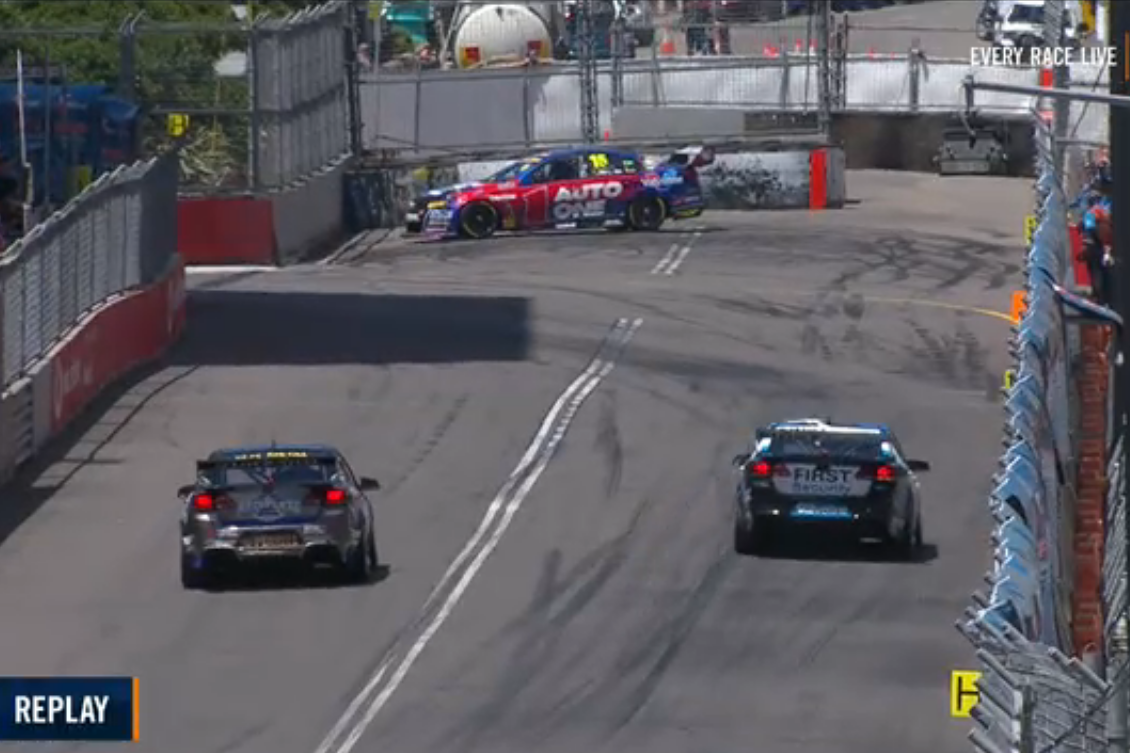 Dunlop Super2 Series leader Chris Pither has qualified on Armor All Pole Position but faces an investigation for passing under yellow flags in the session.

Pither set the fastest lap of 1:11.8798s but did so having passed a very slow-moving Kostecki Brothers Racing car on the climb up Watt Street.

Adam Marjoram had been parked in the run-off area at the top of the straight and was being covered by yellow flags, which applied to the zone of the race track in which Pither was in when he went past.

The lap took the #44 Garry Rogers Motorsport VF Commodore from first to third, but the crucial pole is in jeopardy.

Brodie Kostecki stands to inherit the pole if Pither is penalised, having been 0.1731s slower in the #57 Kostecki Brothers Racing VF Commodore.

Paul Dumbrell (#88 VF Commodore), second in the series, is currently set to start on the outside of Eggleston Motorsport team-mate Will Brown (#38 VF Commodore) on the second row of the grid.

Brown survived a scare when he nudged the tyre wall at Turn 8 during his first run, while Dumbrell locked the fronts and ran wide at the Nobbys Hairpin (Turn 11) while set to improve in the last two minutes. 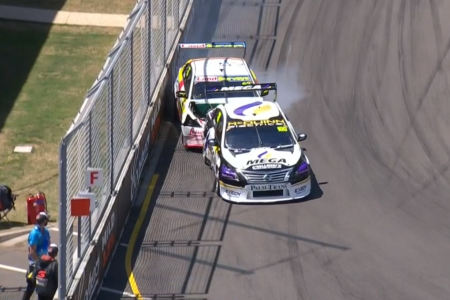 Rullo arrived at the hairpin with a head of steam, locking up and clouting the rear of the #100 Nissan Altima.

He brought his wounded #62 Nissan Altima to pit lane and did not reappear, leaving him last in the 23-car field.

“I was obviously coming through, we were on green tyres then, coming in red hot and not sure what Garry was doing, he wasn’t on a lap, but I definitely came in hot,” explained Rullo.

“I don’t think I was going to make the corner but it didn’t help that he was there so we’ll debrief it and go through it, so no hard feelings but it obviously doesn’t help us much.”

The incident was investigated before race control advised that no further action would be taken.

Jacobson was surprisingly relatively unscathed and went on to qualify seventh.

Ahead of him on the grid will be Macauley Jones (#14 Brad Jones Racing VF Commodore) and Shae Davies (#67 Paul Morris Motorsport FGX Falcon), who were both late movers from deep in the field to fifth and sixth, respectively.

Marjoram (#15 Image Racing VF Commodore) qualified 17th-fastest but will start from 22nd after a grid penalty for failing to obey the pit exit red light in Practice 1.