Percat: I had parts of Coulthard’s car in my lap

Percat: I had parts of Coulthard’s car in my lap 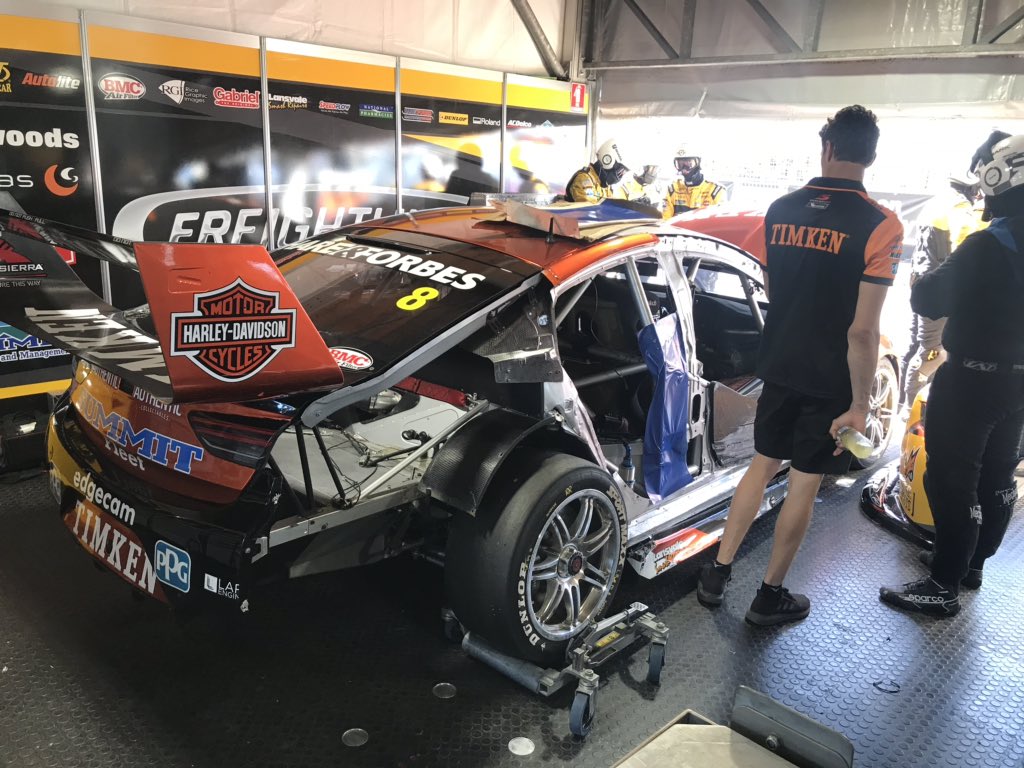 Nick Percat has paid tribute to the safety of current Supercars after ending up with parts of Fabian Coulthard’s car in his lap following a nasty collision in Race 30 at Newcastle.

The Brad Jones Racing driver lost both of his driver side doors when he collided with the rear of  Coulthard’s Shell V-Power Racing Ford, which had speared into the barriers at Turn 1 on Lap 42.

The impact destroyed the driver’s side of Percat’s car leaving him open to the elements and brought out the Safety Car.

Luckily the South Australian escaped the crash unscathed but revealed that rear wing of Coulthard’s car hit the side of his crash hemet.

“The car did its job,” said Percat on Fox Sports.

“I think his rear wing hit the side of my helmet and the seat and ripped all the radio plug out, all the CPS lights and all that. And obviously the window net is missing.

“It’s just frustrating, it’s a street track, obviously he was pretty committed and I was kind of just waiting for him to pit.

“Credit there, side intrusion has done its job, it’s smashed all the side bit in.

“I had parts of his car on my lap; I think it’s the second time now I’ve had no doors on my car.”

Percat felt he was on for a podium finish in the race which has added to his frustration.

“Frustrating, to be honest, the car was ridiculously good,” Percat added.

“I would put both my houses on it that that was a podium gone down the drain. Shame for everyone at BJR, all the guys and girls, heaps of work to do.

“The Timken car will be back, it was fast and yeah, seriously, that was a good car.”

Meanwhile, Coulthard took the blame for causing the incident but was surprised by the secondary contact from Blanchard.

“I can’t blame anyone but myself,” said Coulthard.

“Got a bit loose on the way in and tagged the fence.

“I feel sorry for all the guys at BJR, they were having a good race and unfortunately they were an innocent bystander in that incident.

“(I) wasn’t sure what Blanchard was doing later on in the piece; I felt like I’d been there for half an hour and then all of a sudden he comes around and cleans me up pretty hard, little bit disappointed about that.”