No change in approach for Super2 leader Pither

No change in approach for Super2 leader Pither 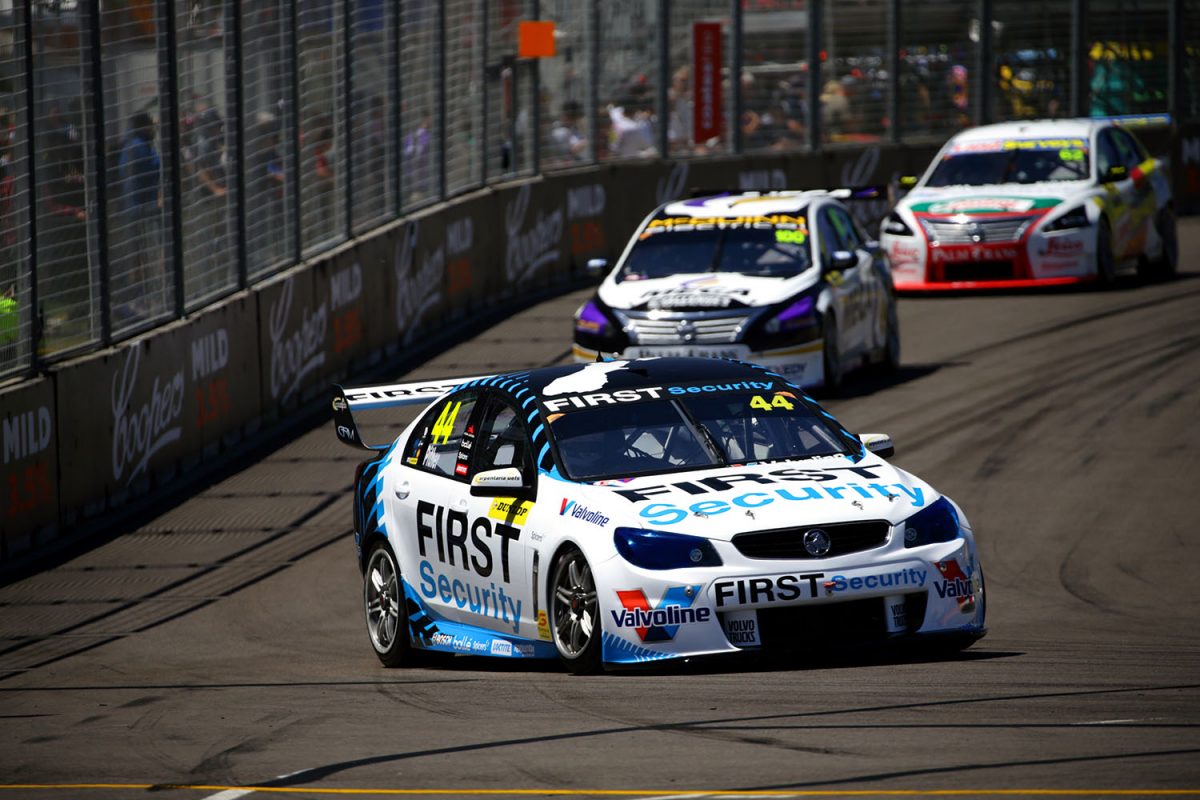 Chris Pither will take an unchanged approach in this weekend’s Dunlop Super2 Series round despite carrying the points lead into Newcastle.

Pither is 32 points ahead of two-time series winner and perennial front-runner Paul Dumbrell and eyeing off a first Super2 crown.

The New Zealander has finished as high as fourth in a Super2 season, in 2014, but not arrived at a finale in with a shout of winning altogether.

Having been Dumbrell’s main rival since Round 2 of the season, when he won the Symmons Plains weekend, Pither ruled out nerves and maintained there will be no change to his approach in Newcastle.

“I’m not nervous. At the end of the day, you can just go out there and do your best,” the Garry Rogers Motorsport driver told Speedcafe.com.

“I think if you overanalyse it too much it can be detrimental, so looking at the season to this point, we’ve had six rounds and I don’t think I’ve approached this round any differently.

“The past six rounds, I guess, have just been qualifying for this weekend and we’ve qualified on pole and we’re up the pointy end now, and we just need to approach this weekend exactly the same.”

Pither had a varied program last year after one year at Super Black Racing in the 2016 Virgin Australia Supercars Championship.

Having run a number of part seasons in Super2 and V8 Utes early in his career, he sees a potential Super2 title as a significant accomplishment.

“I’ve been in and out of a couple of categories a fair bit, in and out of utes, in and out of the Super2 Series, and obviously just had the one year full-time in the Championship Series, so there haven’t actually been many years when I’ve managed to complete a full season for different reasons,” noted Pither.

“The prospect this year of being with GRM and having a good budget and committing to the full year was exciting and to be here this weekend in Newcastle and be in contention is great and for me.

“I guess for any driver that aspires to race in Supercars, it’s one of those boxes you want to tick, the Dunlop Super2 Series.

“We’re in the right position at the moment but we’ve got one more weekend to get it done.”

The 31-year-old’s return to Super2 came as part of a deal to return to GRM for the Pirtek Enduro Cup, running in the colours of the team’s major sponsor Wilson Security’s New Zealand brand, First Security.

While there has been nothing formal on 2019, Pither, who finished in the top 10 in each of the three completed enduro races with Garth Tander, would like to maintain the status quo.

“At the end of the day I just love racing cars and I’m very grateful for the opportunity to drive for GRM in the First Security car this year,” added Pither.

“I love the vibe in the team, it’s always really positive, and it’s confidence-inspiring when you’ve got guys around you that you can see really believe in you as a driver and put the effort in behind the scenes.

“That’s exactly what they do here at GRM, so I really enjoy being a part of the team and would love to continue and do the Super2 Series program again if everything can come together accordingly.

“At this point we’re not sure if we can continue but hopefully we can out something together; it’s a standard battle with finances to try and make it happen but we’d love to have another run next year.”

Pither was fastest in Friday practice, with literal Armor All Qualifying for Race 1 of the weekend due this morning at 1105 local time/AEDT.