McLaughlin knew it would be a struggle to finish

McLaughlin knew it would be a struggle to finish 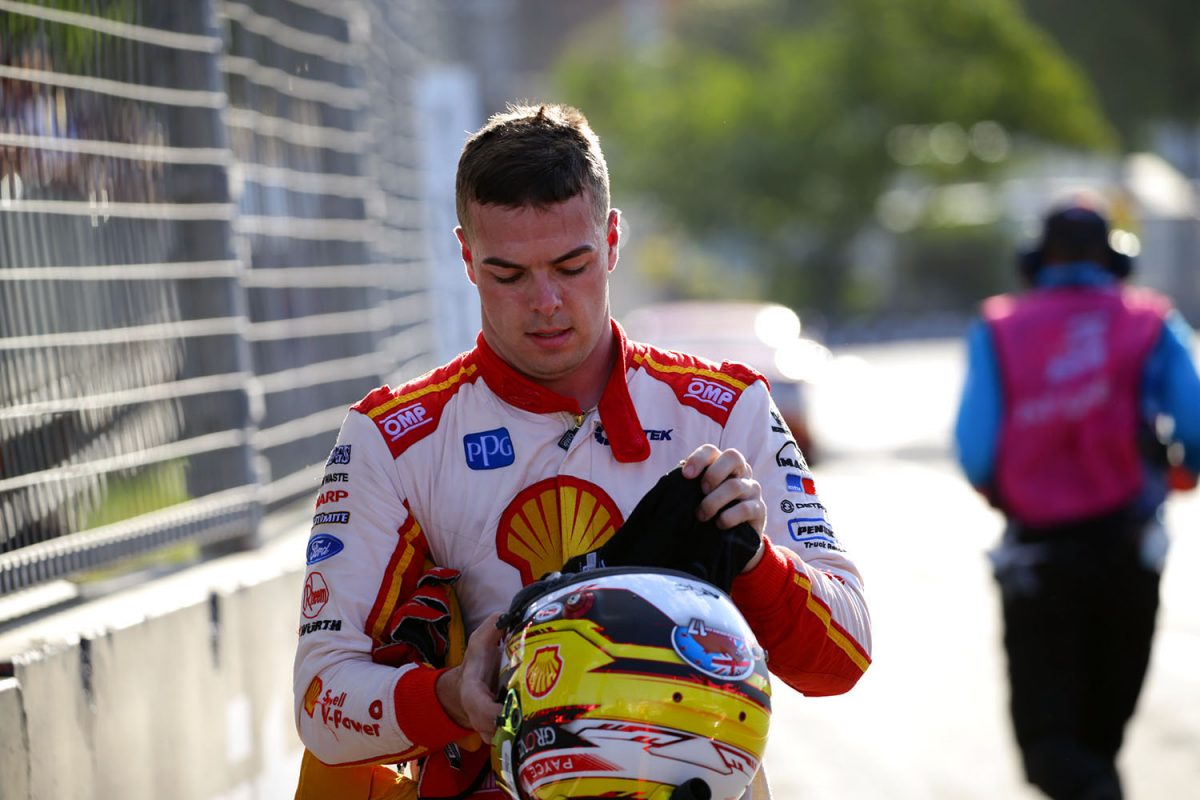 Scott McLaughlin has admitted he knew it would be a struggle to reach the chequered flag after losing fuel pressure as he began the final lap of Race 30 at the Coates Hire Newcastle 500.

The Shell V-Power Racing driver led the race over Shane van Gisbergen as the pair began the 95th lap, McLaughlin having last taken service on Lap 42 under the Safety Car for team-mate Fabian Coulthard’s Turn 1 crash.

“I had a warning two laps to go that I knew we were pretty close,” admitted McLaughlin.

“The last lap, out of the first corner, I had fuel pressure go, so I was like ’Ah I’m going to be struggling to make it around here.’

“I just really conserved the whole way and then I clutched it all the way basically as soon as I got over the brow, so thankfully this place has got a little bit of undulation.”

Knowing he would struggle to see the flag, McLaughlin admitted he had to suppress his racer’s instinct when van Gisbergen closed on the approach to the Turn 11 hairpin.

“There was no point for me to block Shane – I wanted to, the racer in me wanted to – but I was like ‘ah I’ve just got to get home’ because I knew there was potential I wouldn’t make it,” he said.

“I literally ran out of fuel as I went under the lights, so yeah, that was my last two laps.”

Realising McLaughlin was struggling, van Gisbergen easily made the pass to cross the line first, though his win remains provisional amid an investigation into his final pit stop.

“Obviously I could see how much he was struggling and how slowly he went down the hill,” van Gisbergen said.

“I was pretty stoked at that moment, chuffed to cross the line.”

In the Shell V-Power pit bunker team boss Ryan Story admitted the decision to try and run to the finish was always a close run thing.

“It was one of those things where we basically had the opportunity there right up until the last corner,” he told Speedcafe.com.

“With a couple of laps to go it was too late and the numbers were telling us we are all good. In the end, we missed it by a corner and it cost us the win.

“After qualifying today our objective was to finish second if we couldn’t win the race, to try and ensure that we retain the orange numbers for tomorrow,” he continued.

“Whilst there was an opportunity to take it out, second was as good as we could get today, so we bank it and turn up tomorrow knowing whoever finishes ahead of the other wins the big trophy.

“We knew we were going to have to do some saving to get to the end but in the end it wasn’t enough.

“Scott did everything we told him to do. We didn’t miss it by a lap, (or) miss it by three laps, it was by a corner.

“We knew it was happening with a couple of laps to go. It is disappointing and just glad we got to the end.”

However, results remain provisional pending an investigation into van Gisbergen’s final pit stop, the outcome of which could play a decisive part in the championship fight.