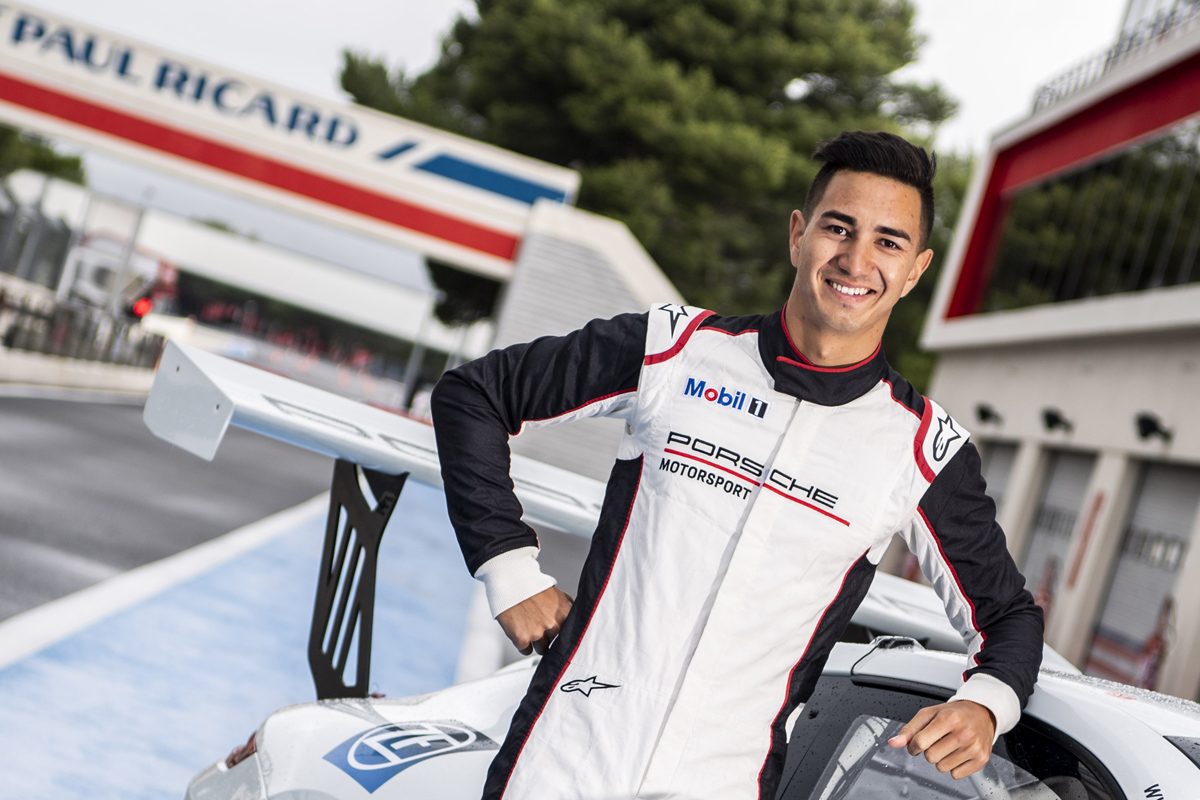 Evans was one of two entries from the Australian championship in the shootout alongside Dylan O’Keeffe, with the McElrea Racing driver now poised to compete in the Porsche Supercup in Europe next season.

The pair headed to Paul Ricard following the final round of the series on the Gold Coast, before having to wait for Porsche made their decision based on their performances both in and out of the car.

Both Evans and O’Keeffe then faced an agonising wait before learning their fate.

“When I received the phone call and they told me that I was their selection from the Shootout it was really special and I didn’t know what to say,” said Evans

“It’s exciting and a privilege that they picked me and they put their faith in me after the Shootout.

“Honestly, it hasn’t sunk in yet, which is the hardest bit.”

It will see him follow in the footsteps of Matt Campbell, who won the Carrera Cup Australia title in 2016 before heading to Europe in 2017 following victory in the shootout.

“To go from GT3 Cup Challenge, Carrera Cup and win the Shootout has always been my main goal in terms of building a career in motorsport and a future with Porsche,” Evans added.

“I’m close mates with Matt and seeing how successful he’s been in terms of racing but also being able to move to Germany and build a racing career with Porsche has been so cool to see.

“So to be rewarded with the first step towards replicating this – becoming a Porsche Junior – is really special and really is a dream come true for me.

“Matt was one of the first people that I told.

“It’s pretty exciting and we joked about that, from where we were four years ago, we wouldn’t have expected to both be living in Germany in 2019 and racing for Porsche.

“To see him do it was special, but to follow in his footsteps and make the move to Germany and race in Supercup is incredible.”

Evans will now attend the Porsche Motorsport Night of Champions in Germany in early December before relocating to Europe early next year to commence his 2019 Porsche Mobil 1 Supercup campaign.