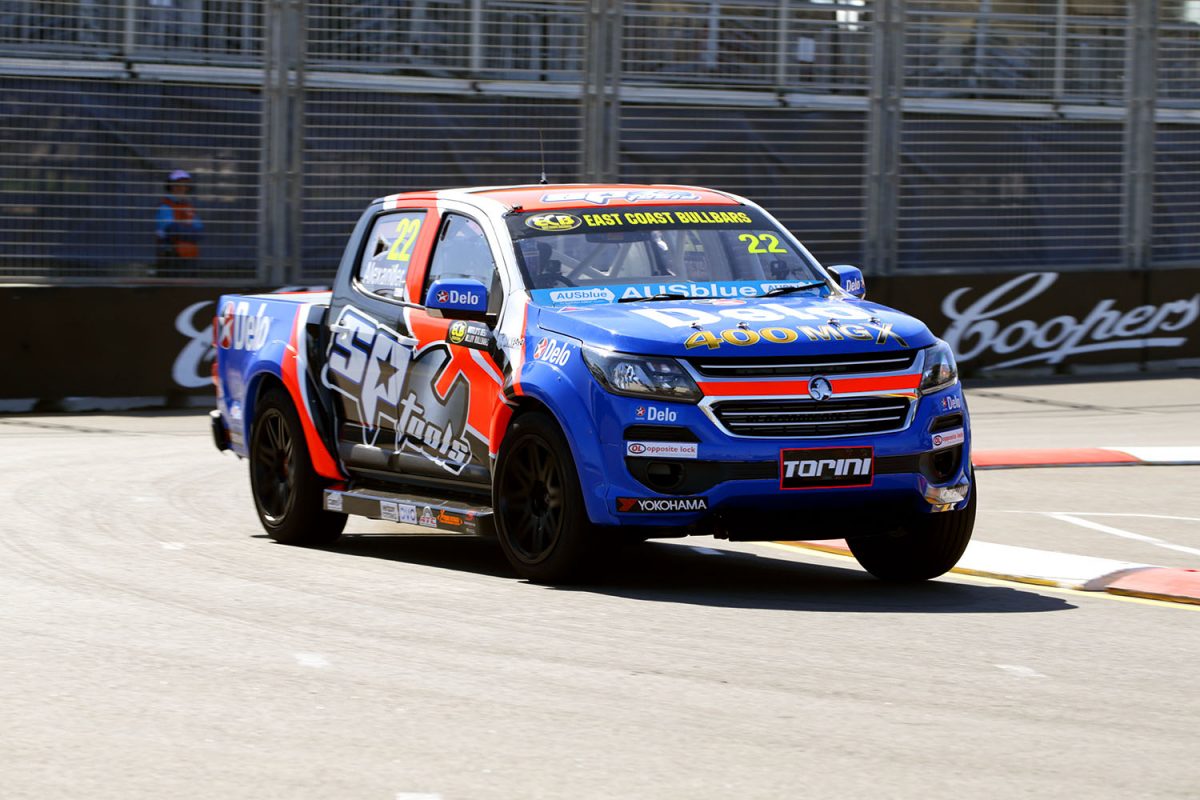 Tom Alexander has won the SuperUtes opener in Newcastle while Craig Woods ate into Ryal Harris’ series lead after the latter was excluded from qualifying.

Harris’ #58 Peters Motorsport Mazda BT-50 came in underweight after Armor All Qualifying having thrown off its tonneau cover during the session and he therefore lost his third position start.

Woods was initially sixth in qualifying but gained two positions when Michael Sieders was stripped of his best lap due to causing a red flag when he hit the wall.

Woods finished Race 1 in third and took 10 points out of Harris’ 22-point adjusted (ie worst round dropped) lead as the latter took tghe chequered flag in seventh, from the back of the 13-car grid.

Alexander led the field away from pole and Aaren Russell slotted into second despite contact at the first corner.

They ran around a second apart for most of the 10 laps and the margin between the New Zealander’s #22 Ross Stone Racing Holden Colorado and the Novocastrian’s #87 Sieders Racing Team Mitsubishi Triton was 0.9482s at the chequered flag.

Woods tailed Harris’ team-mate Aaron Cameron (#95 BT-50) for the first five laps before getting alongside on the run out of the residential section of the circuit.

They made contact as they negotiated the kink underneath Fort Scratchley which saw Woods nearly turned into the wall.

However, Woods gathered up the #64 Western Sydney Motorsport Toyota Hilux and staved off subsequent pressure from Cameron to take a valuable podium.

Harris rose to eighth inside four laps but the only other position gained came courtesy of a half spin for Justin Ruggier (#18 Team 18 Holden Colorado) after contact with Ben Walsh (#8 WSM Hilux) at Nobbys Hairpin.

Walsh finished fifth while Mick Sieders (#45 SRT Triton) was just ahead in sixth and might have been vulnerable to Harris had the race lasted another lap.