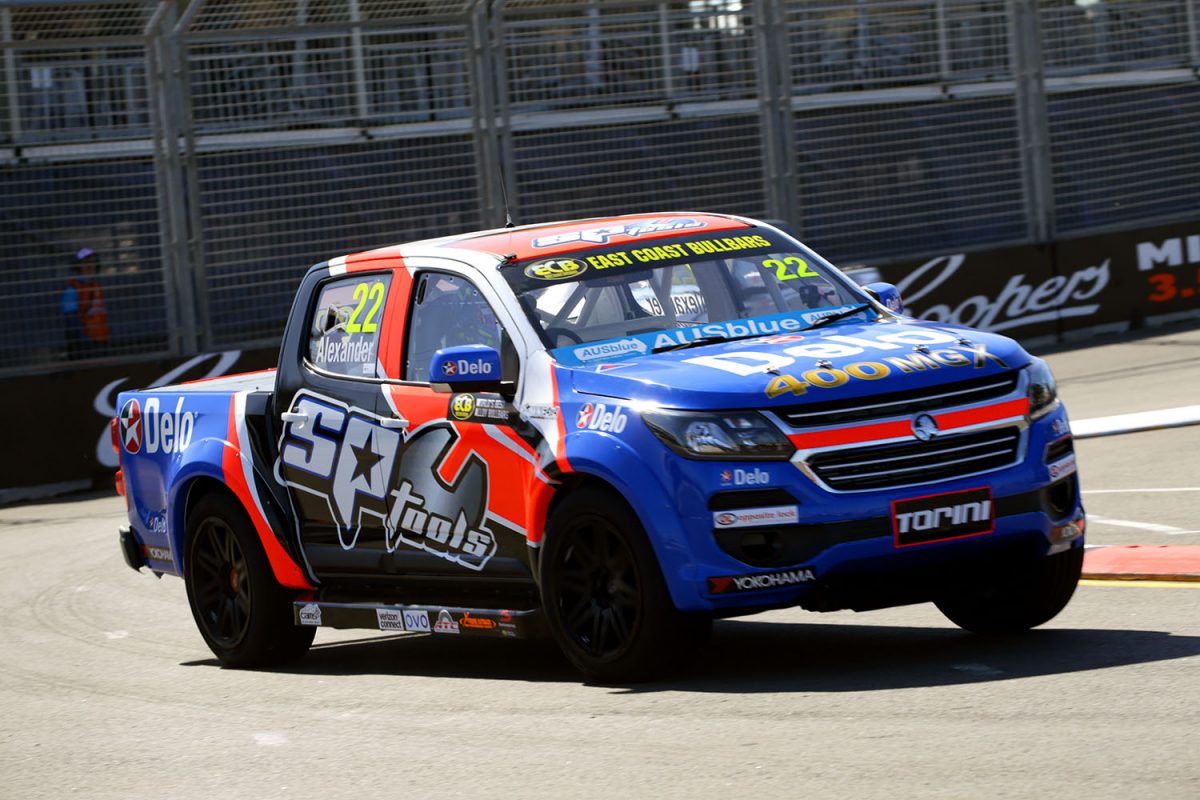 Ryal Harris has missed out on pole to Tom Alexander but will start ahead of series rival Craig Woods in the final ECB SuperUtes round of 2018 in Newcastle.

Harris was on top at the time of a mid-session red flag in Armor All Qualifying and improved on his first flyer after the restart but was then bettered by both Alexander and Novocastrian Aaren Russell.

Alexander was third when the track fell quiet but clocked a 1:31.2731s to go to the top in the #22 Ross Stone Racing Holden Colorado.

Russell moved up to second position in the final minute of the session despite having to thread his way through traffic around the Nobbys hairpin complex.

He found more time in the #87 Sieders Racing Team Mitsubishi Triton as the chequered flag was waved, getting down to a 1:31.4260s.

Although ultimately unnecessary, Alexander was simultaneously moving the marker to 1:31.0269s. 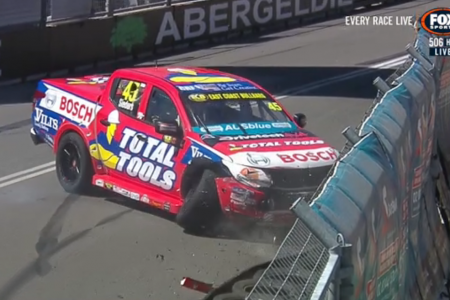 Harris’s #58 Peters Motorsport Mazda BT-50 is, for now, set to start alongside the #45 SRT Triton of Mick Sieders but the latter’s place in Race 1 looks in jeopardy after a crash at Turn 1 which caused the red flag.

Sieders ran along the tyre wall on exit but was snagged at the end of the belt and turned into the concrete wall, causing damage particularly to the right-front of the ute.

He had just gone to fourth-fastest and stayed there for the final five minutes after the restart.

Harris could have his only potential rear gunner in play with team-mate Aaron Cameron qualifying fifth in the #95 BT-50 alongside Woods.

The latter’s #64 Western Sydney Motorsport Toyota Hilux had an engine change late yesterday due to overheating in practice, but Woods was still uncompetitive in qualifying.

He at least maintains his 22-points adjusted deficit (ie current worst round dropped) given that Harris was denied pole and the three series points which come with it.

The second local in the field, Charlotte Poynting (#52 Western Sydney Motorsport Toyota Hilux), qualified last having run into the side of Christopher Formosa (#49 Ranger Racing Ford Ranger) after he spun at the left-hander off Newcastle Beach early in the session.

Harris’ session was also not without incident when his ute blew its tonneau cover off.