Whincup ‘pissed off’ at being out of championship hunt

Whincup ‘pissed off’ at being out of championship hunt 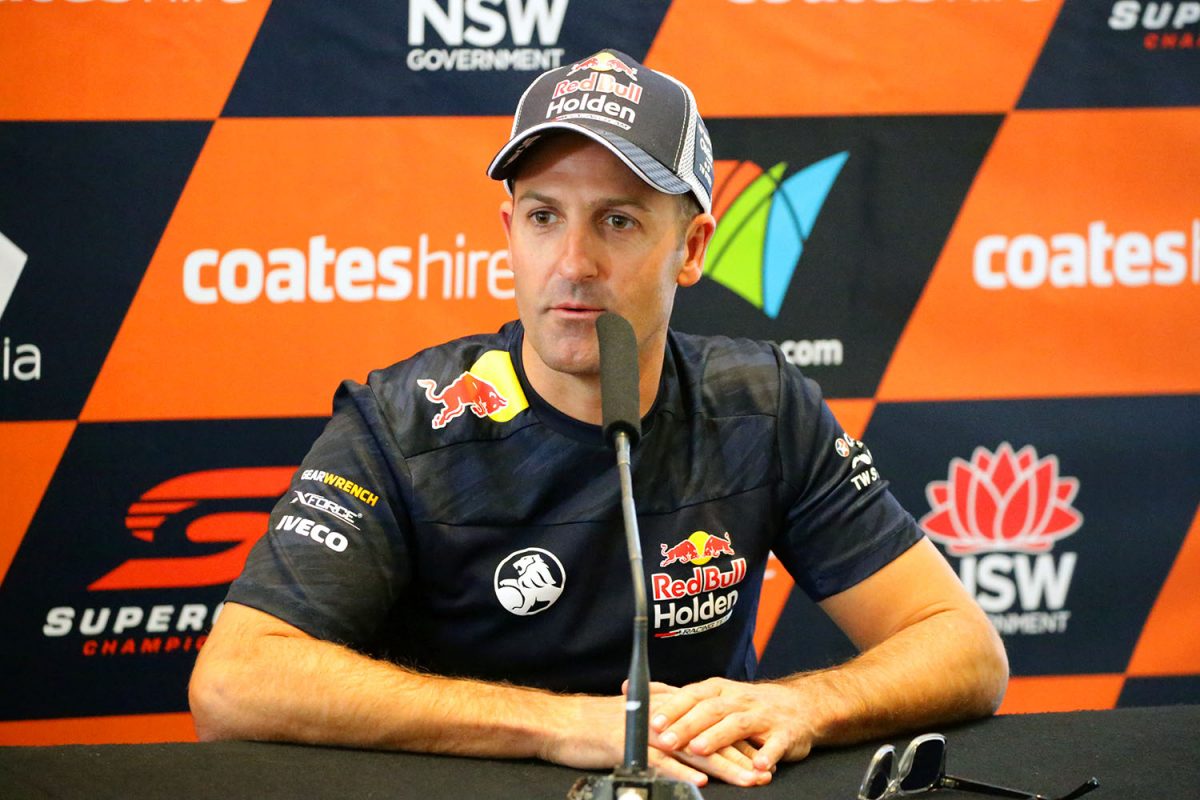 Jamie Whincup has declared himself ‘pissed off’ at being out of contention for the Virgin Australia Supercars Championship.

Whincup was crowned champion for a seventh time in one of the most dramatic finales in ATCC/Supercars history in the inaugural Coates Hire Newcastle 500.

A year on, he has arrived at Newcastle 481 points away from the man who he defeated in 2017, Scott McLaughlin.

Whincup’s hopes of going back-to-back formally evaporated in the opening race of the ITM Auckland SuperSprint three weeks ago, but he had already resigned himself to a supporting role to Triple Eight Race Engineering team-mate Shane van Gisbergen.

Having been asked in the post-practice press conference of his feelings about Newcastle being long-time team-mate Craig Lowndes’ final event as a full-time driver, Whincup himself segued back to the championship and a blunt appraisal of his feelings.

“Obviously, we’re going to see one of the greatest in the sport finish up this weekend in Lowndesy, so we wish him all the best, but at the same time we’re excited to be a two-car operation next year as well and the simplicities of that are a plus also,” began Whincup.

“Looking forward to that, but hey, right now we’re just all eggs in one basket.

“I’m pissed off that I’m not in contention; haven’t been in this position for a long time, but our only hope’s (Car #)97 and we’ll do everything we can to make sure the biggest trophy of the year stays at the workshop.”

Whincup has in fact only once not been in with a shout of winning the championship at the start of the final round in the past 12 years.

Whincup was on the wrong side of the remarkable 2010 conclusion, when all three title contenders went into the wall as the heavens opened in the penultimate race of the season at Sydney Olympic Park.

However, he reeled off a record four straight championships in the years which followed, and was a mathematical prospect of usurping van Gisbergen at the start of the final event of 2016.

Only in 2015, when Whincup ended the year fifth in the standings, has he been completely out of the hunt with an event remaining.

Should van Gisbergen take a second drivers’ championship, it will be the ninth for a Triple Eight driver in 11 years.