Toyota 86 title set to go down to the wire

Toyota 86 title set to go down to the wire 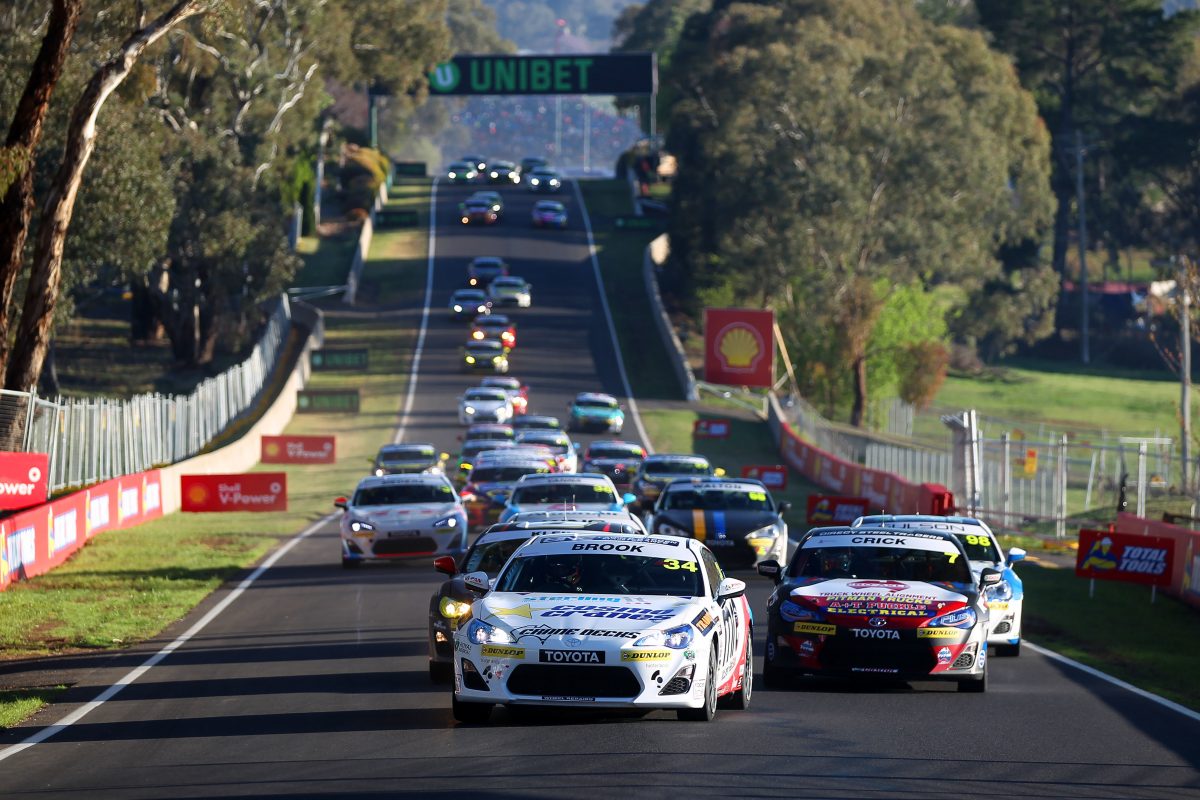 The Toyota 86 field at Bathurst

The Toyota 86 Racing Series is set to go down to the wire at this weekend’s Coates Hire Newcastle 500 with only a handful of points separating the title protagonists.

Tim Brook leads the standings coming into the final round of the 2018 season and holds a 48-point cushion to second place man Luke King, with 300 points on offer at Newcastle.

Cameron Crick is an outside chance at the title at a further 54 points back, while Jake Klein and Cameron Walton are mathematically in contention but realistically longshots.

Title chaser King says he will not be holding back this weekend, with both him and Brook making their debut on the 2.6km circuit.

“We’ve booked out two wing mirrors for the car so we plan on going hard,” King told Speedcafe.com.

“We’re treating every session like qualifying from the word ‘go’ and the car will be maxed in every session; we really want to make a statement in practice tomorrow and put it up the front in qualifying.

“There’s not too much of a strategy behind it really, I think the fastest person is going to win the series at the end of the day.

“It’s going to take maybe a little bit of luck from our side; anything can happen at Newy.”

Meanwhile, series leader Brook is feeling optimistic ahead of his first appearance at Newcastle after missing last year’s round following a crash at Bathurst.

“We have a small points lead so we can’t afford to relax, but we’ll go out there and do what we’ve been doing all year and see where that leaves us,” Brook explained.

“I think if we concentrate on that too much we’ll take our eye off what we’re doing, so the key will be taking it one session at a time like we have been – that’s an approach that’s worked well for us all season.

“Hopefully at the end of the weekend that means we’ve done enough for the championship, and while we’d be disappointed not to win I think we’ll still be able to hold our heads high in what we’ve achieved this season.”

Jonathon Webb and Luke Youlden have been listed as the Invited Drivers for this weekend, with the entry list boasting 32 cars in total.

Track action for the Toyota 86 Racing Series kicks off with the opening practice session today at 0940 AEDT before Practice 2 at 13:10 AEDT.