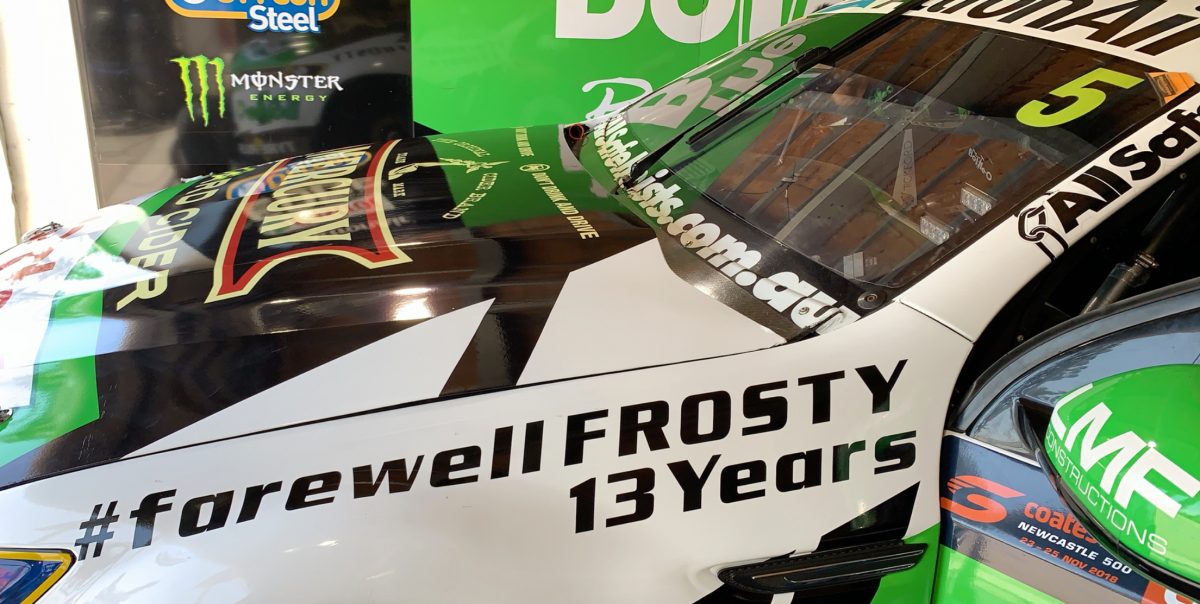 Tickford Racing has honoured Mark Winterbottom’s glittering career with the team as the driver ends a 13-year association with the squad at Newcastle this weekend.

The Ford squad has stickered up the 37-year-old’s Falcon with his Supercars career stats on the roof of his Falcon while the words ‘Farewell Frosty 13 years’ feature on the front guards.

Tickford has also displayed messages and photos on the garage walling.

It was confirmed yesterday that Winterbottom will drive for Team 18 next year in a move that will see the Ford stalwart drive a Triple Eight built Holden Commodore.

This weekend will also be the last for the Falcon with Winterbottom fittingly aboard the wheel of the chassis that took him to the 2015 Supercars championship.

Rolling off for Practice 2.