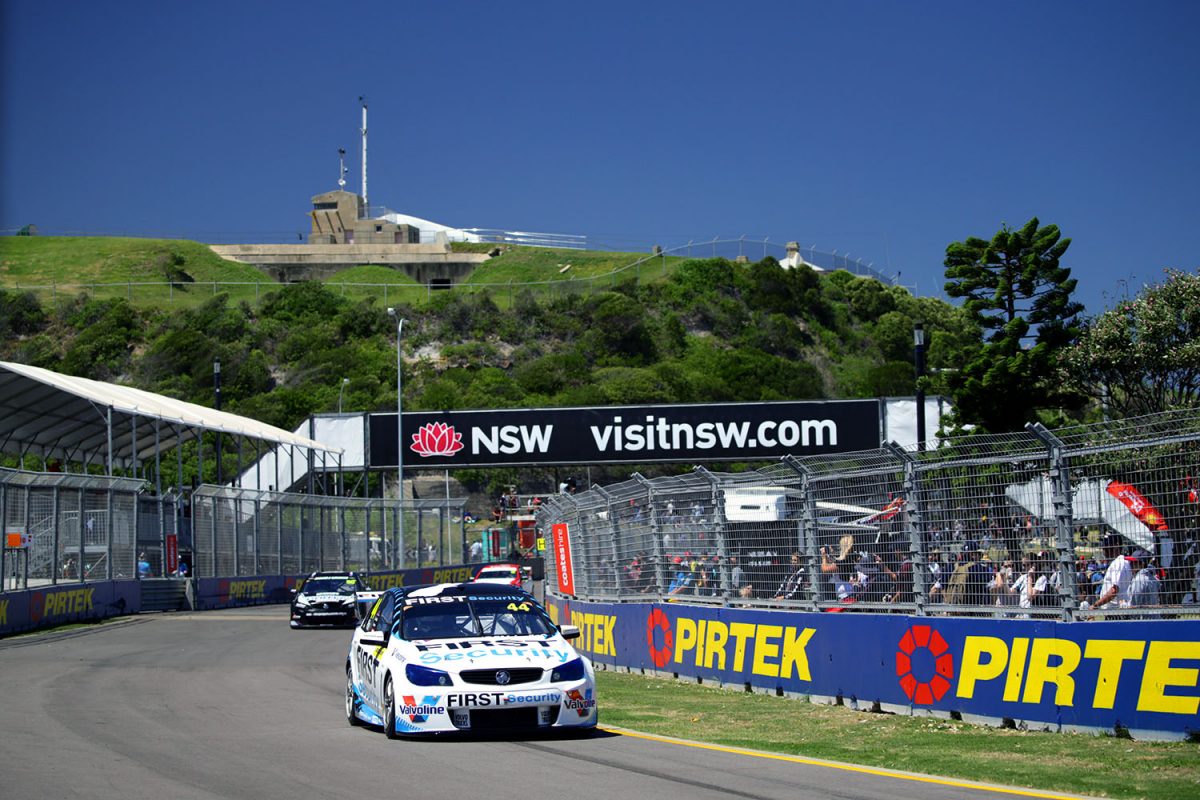 Pither was a late mover to the top of the timesheets in the #44 Garry Rogers Motorsport VF Commodore while Paul Dumbrell, his nearest rival for the series, was third with a lap 0.3756s slower.

The series longshots, MW Motorsport team-mates Jacobson and Rullo, both ended up with bent Nissan Altimas having at one stage been involved in the same incident. 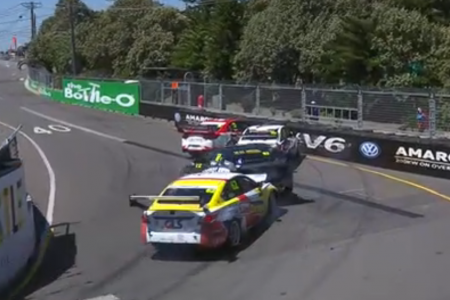 Rullo runs into Brodie Kostecki as Grove and Jacobson sit against the wall pic: Fox Sports

Brenton Grove had ended up almost broadside on the circuit at the exit of the Turn 9 left-hander, with the witness marks on the #10 Grove Racing VF Commodore suggesting he slapped the tyre wall and bounced off.

Jacobson had nowhere to go but washed off enough speed to incur minor just damage when he went in as well.

Brodie Kostecki (#57 Kostecki Brothers VF Commodore) slowed but was in turn clouted by Rullo (#62 Altima) as the former Supercars Championship driver came around the blind corner.

A red flag was called before Jacobson improved to third-fastest when the session resumed.

However, he later arrived at Turn 1 carrying too much pace and stuck the #100 Altima harder into the wall, leading to a second red flag being called.

Jacobson and Rullo ended up 13th and 19th respectively.

Kristian Lindbom did make it out on-track after a problem starting the #50 Kali Motorsport VF Commodore at the start of the session and was ultimately 20th-fastest.

The session was around 0.6s slower than Practice 2 of 2017 with a very strong headwind on the main straight believed to be the primary cause, although all but Jacobson improved on their efforts from the morning hit-out.

Armor All Qualifying for Race 1 of the weekend at the Coates Hire Newcastle 500 starts tomorrow at 1105 local time/AEDT.