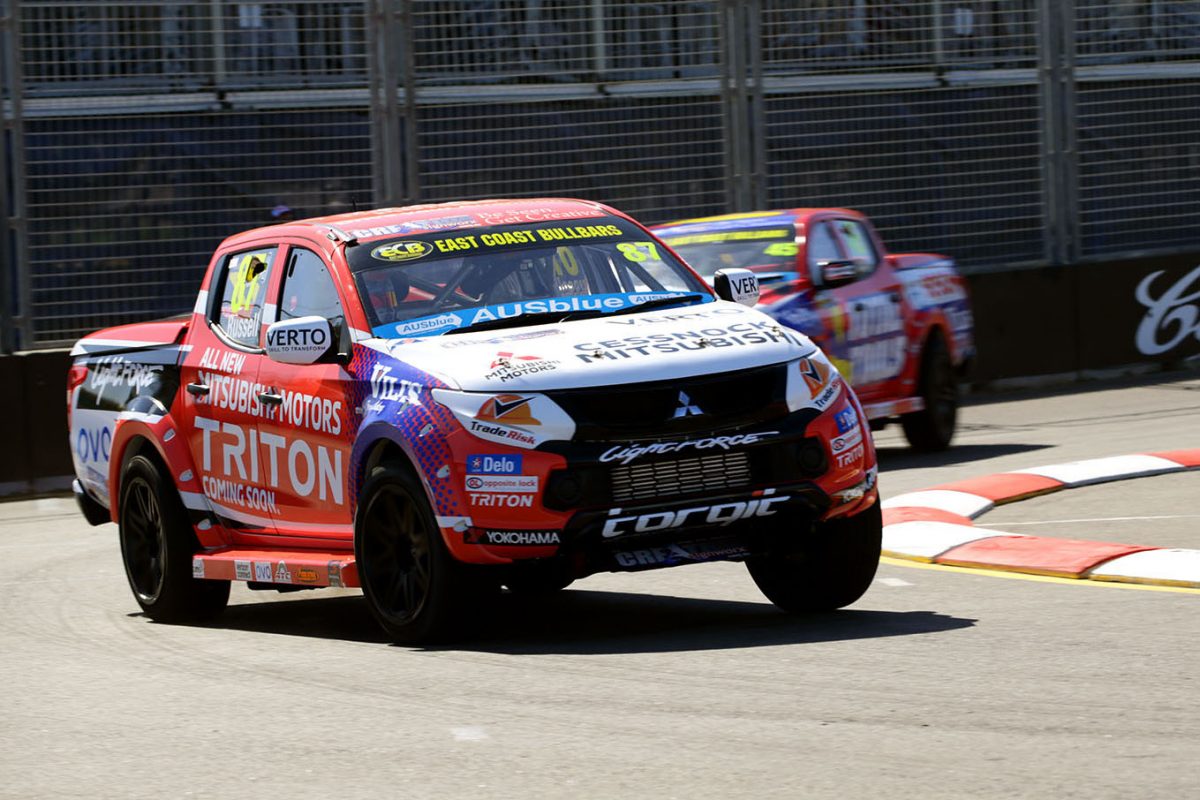 SuperUtes debutant Aaren Russell has set the pace in Friday practice on the streets of his home city of Newcastle.

Russell was a close third in the opening 20-minute session before clocking a 1:31.3215s in the latter stages of Practice 2 on the Newcastle East Street Circuit.

Series leader Ryal Harris had a gearbox gremlin in the #58 Peters Motorsport Mazda BT-50 as he finished third-fastest in Practice 2 and also on combined times.

His nearest rival Craig Woods, however, was only sixth on the day after being more than two seconds off the pace in the latter session.

Harris had in fact spent more than half of Practice 2 as the fast man before Russell laid down his best lap in the #87 Sieders Racing Team Mitsubishi Triton.

Tom Alexander improved just before the chequered flag with a 1:31.5613s in the #22 Ross Stone Racing Holden Colorado which left him second in the session.

However, the lap was not fast enough to usurp Mick Sieders or Harris on combined times after their morning efforts.

Sieders topped Practice 1 with a 1:31.4969s but twice came to grief at the top of Watt Street in Practice 2.

He got away with the first moment, when he nosed into the tyre wall, but made a similar error which resulted in harder contact right at the end of the hit-out and made a mess of the front of the #45 SRT Triton.

While the top four were within a quarter of a second on combined times, Aaron Cameron in fifth was just over a second off the pace in the #95 Peters BT-50.

Woods was 2.35s slower than the leader in Practice 2 and 1.60s away on combined times in the #64 Western Sydney Motorsport Toyota Hilux.

Both 20-minute sessions ran without interruption.

The ECB SuperUtes Series’ next session is Armor All Qualifying tomorrow at 0955 local time/AEDT.