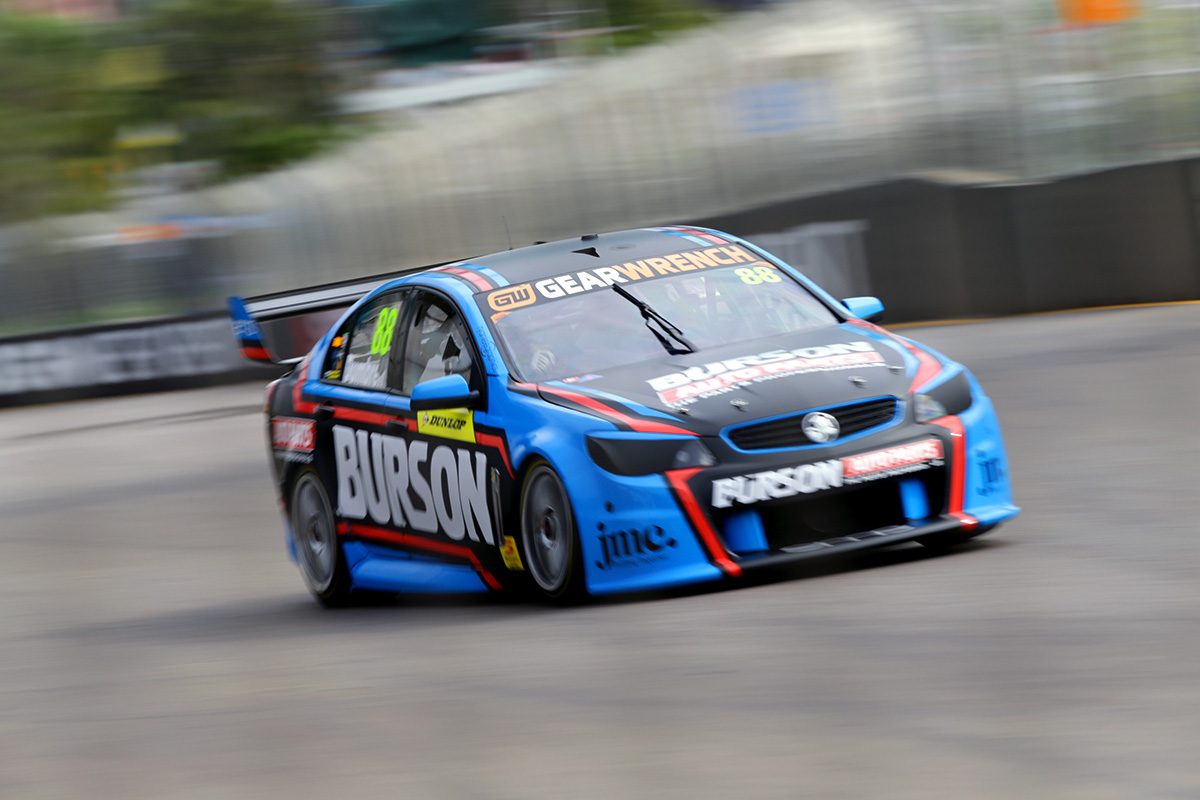 Paul Dumbrell is seeking ‘redemption’ for a frustrating 2017 performance in Newcastle as he arrives at another Super2 decider with a strong chance of winning the series.

Dumbrell arrived at Newcastle 12 months ago atop the standings but was brought undone by twin qualifying disasters.

He qualified last for the Saturday race having found the wall at Turn 1 and brought out the red flags, before suffering driveline issues on the following morning which left him only one position better off on the grid for the final race of the year.

The two-time Dunlop Super2 Series winner finished the races in eighth and 13th respectively while Todd Hazelwood won both and with them, the title.

Bathurst last time out was also a damaging weekend for Dumbrell, who tangled with Dean Fiore early in the piece and was fired into the wall in what was ultimately a race-ending incident.

As a result, his 226-point lead over Chris Pither turned into a 32-point deficit, with 300 points on offer in Newcastle.

“Bathurst was obviously a very disappointing way to finish that round but it’s pretty much the best man wins this weekend out of Chris and I,” Dumbrell told Speedcafe.com.

“We’ve just got to put our heads down, we had a shocking round here last year so I feel redemption is to have a strong weekend and we’ve got to be up the front and make no mistakes.”

Dumbrell maintains that he will go after race wins rather seek to just beat Pither.

In his favour is the speed which Eggleston Motorsport team-mate Will Brown showed on the East End streets 12 months ago, as the then-rookie led comfortably on the Sunday before a gearbox problem set in.

“At the end of the day, Will was really quick here last year so we know our car’s strong so we’ve just got to put our heads down and just do the best we can,” explained Dumbrell.

“If you start looking over your shoulder… we have to win, we’re behind Chris, we actually have to win to take the championship lead off him, and that’s what we’ll aim to do.”

The 36-year-old’s racing future beyond 2018 is uncertain in light of the upheaval in the Triple Eight Racing Engineering ranks, which he has been part of as a Pirtek Enduro Cup driver for the last seven years.

When asked if this weekend will be his last in Super2, Dumbrell’s response was concise: “Don’t know.”