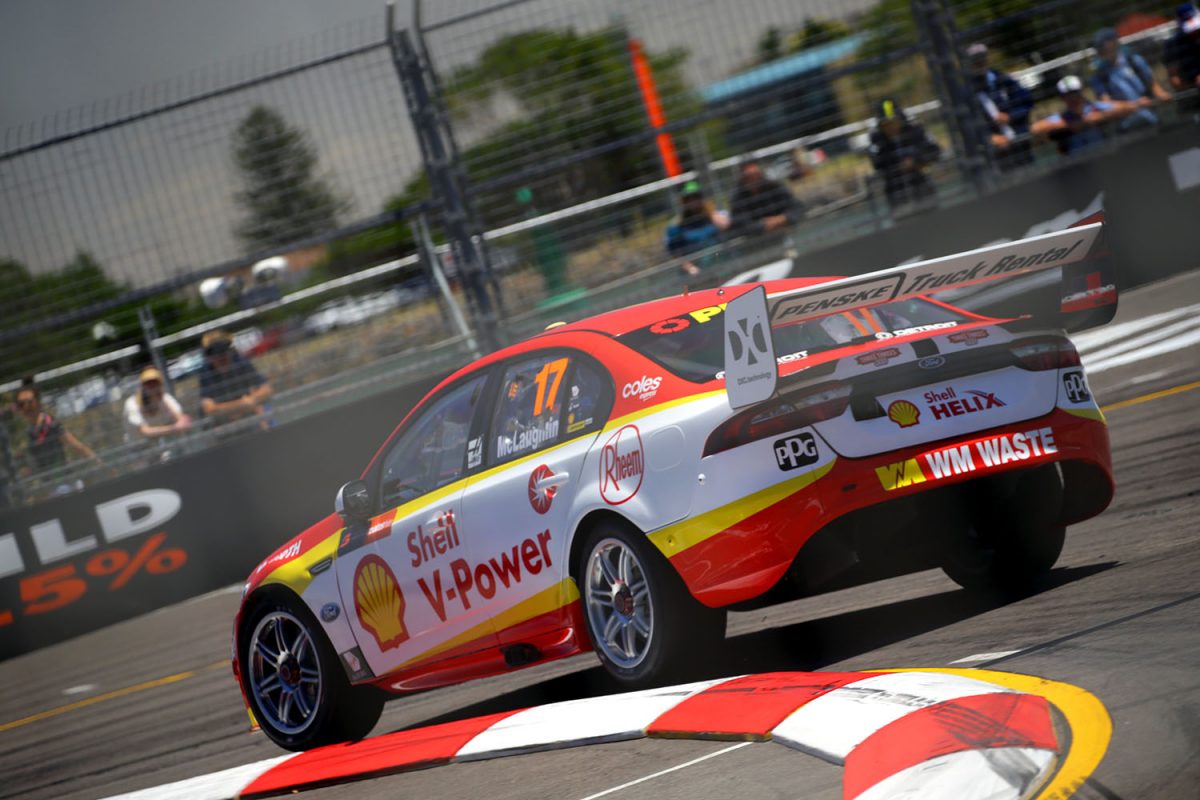 Supercars Championship leader Scott McLaughlin has returned to the top of the timesheets in Practice 2 for the Coates Hire Newcastle 500.

McLaughlin was only 15th in the opening 40-minute session of the day but found 1.1s in the afternoon hit-out to end the day fastest with a 1:10.4756s.

Outgoing champion Jamie Whincup was within a tenth of the man who he beat to the title in 2017, while McLaughlin’s current challenger, Shane van Gisbergen, was seventh.

McLaughlin’s fast lap came relatively early in the session, just over 10 minutes in on his second run, with relatively new tyres.

His #17 Shell V-Power FGX Falcon again underwent a damper change before a final run but, even with brand new tyres, he did not find any more pace.

“It’s interesting whether the track did go away at other areas, but overall, we’ve had a really good day, everything feels alright.

“The time that we did with the 1:10.4s, we found a combination that we really liked and then we went away and tried a few other things. Then we’ve come back.

“Even though there was lots of springs and dampers and Ludo (Lacroix, engineer) was doing his head in, everything was pretty good and we tried everything that we wanted to.

“It’s going to be all about qualifying here, the race is going to be a long race and track position is key and that’s what we’re working on.”

Whincup edged up from third to second in the final minute in the #1 Red Bull HRT ZB Commodore at 0.0870s off the pace, while Cameron Waters (#100 Monster Energy FGX Falcon) was almost the same margin further back again in third position.

A tenth of a second covered the next seven cars, with Fabian Coulthard (#12 DJR Team Penske FGX Falcon) fourth at a 0.3105s split to the leader.

Van Gisbergen scuffed the #97 Triple Eight ZB Commodore on a wall on his way to seventh, 0.3586s slower than McLaughlin.

The former was, however, still fifth on combined times having been the only driver to fail to improve since the earlier session.

Again, there were no red flags, although Richie Stanaway did hit with the wall exiting Turn 7 which required him to bring the #56 Rabble.Club FGX Falcon into the garage.

He finished the session in 24th position.

The Virgin Australia Supercars Championship continues with Armor All Qualifying for Race 30 tomorrow at 1135 local time/AEDT.