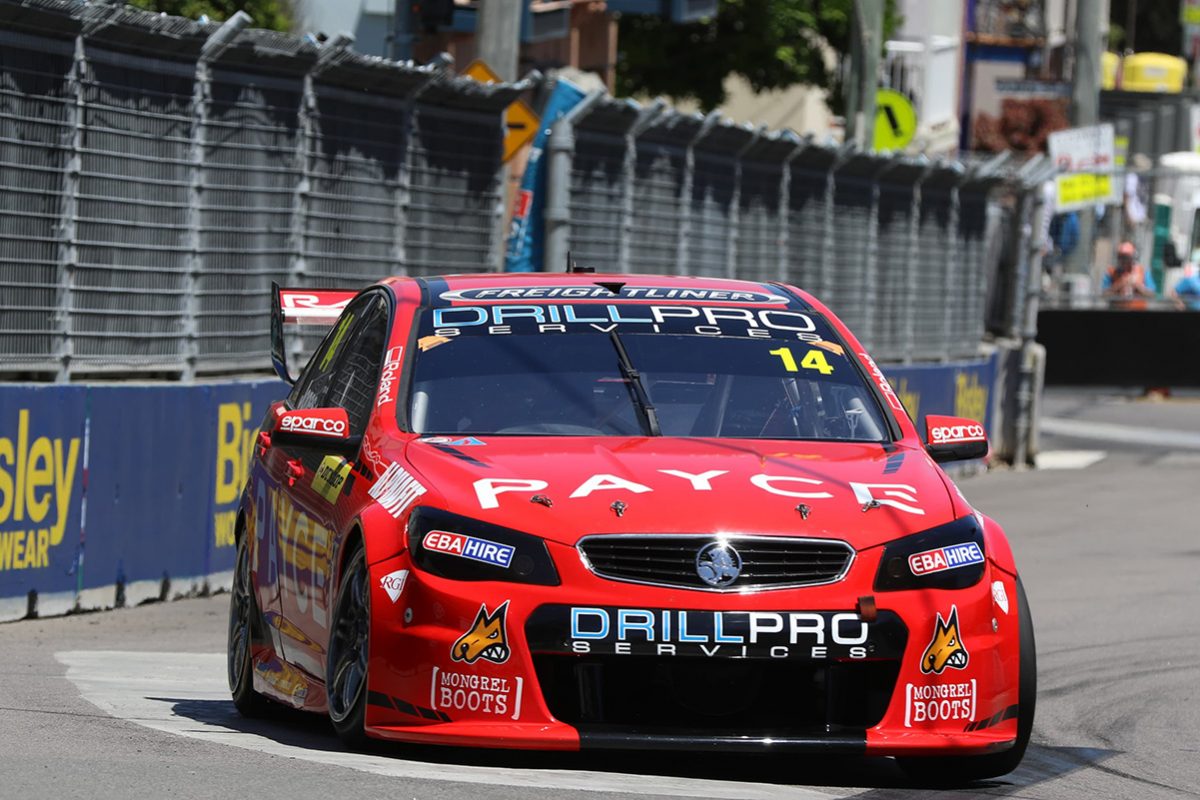 Macauley Jones has edged Garry Jacobson in Practice 1 for the final round of the Dunlop Super2 Series in Newcastle.

The session was run in blustery conditions with a significant headwind on the main straight and the fastest lap was in fact over a tenth slower than the corresponding session of 2017.

Jones set a 1:12.7543s moments before the only red flag of the session, in the 28th minute, which stood up despite several of the front-runners improving when the field was let back out onto the track.

He went faster to the first sector after the red flag but ran his #14 Brad Jones Racing VF Commodore up the run-off at Turn 7, in front of the surf club.

Jacobson spent a couple of minutes at the top of the timing screen before Jones’ best lap.

The MW Motorsport driver took his renumbered #100 Nissan Altima to a 1:12.8282 with a little over two minutes remaining in the 40-minute session.

He usurped long-time fast man Will Brown, who finished third in the #38 Eggleston Motorsport VF Commodore.

Brodie Kostecki was 0.1464s off the pace in the #57 Kostecki Brothers Racing VF Commodore, while Paul Dumbrell (#88 Eggleston Motorsport VF Commodore) was almost three tenths further away in fifth position.

Series leader Chris Pither did not figure at the head of the order and was eighth-fastest in the #44 Garry Rogers Motorsport VF Commodore.

The other outside series contender, Alex Rullo, was 11th after he too had an excursion at Turn 7 in the #62 MW Motorsport Nissan Altima.

Rullo is fourth, one position behind Jacobson and two behind Dumbrell, in the standings.

Kristian Lindbom brought out the red flag when he found the tyre wall at the top of Watt Street (Turn 2) in the #50 Kali Motorsport VF Commodore.

Practice 2 at the Coates Hire Newcastle 500, another 40-minute session, is due to start at 1420 local time/AEDT.