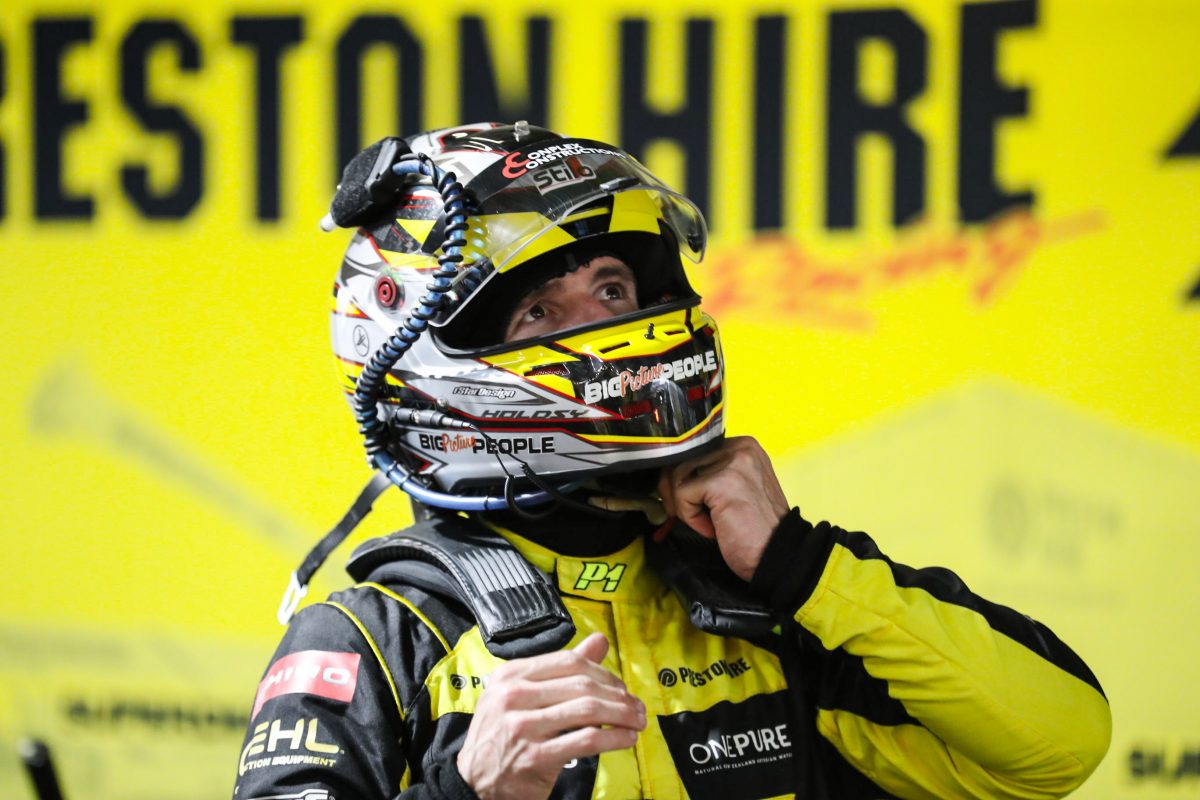 Lee Holdsworth has edged Shane van Gisbergen to top spot in the first practice session for the Coates Hire Newcastle 500.

First position was, for the most part, a three-way contest between the aforementioned two and David Reynolds, who ended up almost a quarter of a second off the pace in third.

Championship leader Scott McLaughlin had a short spell as the fastest driver but was shuffled all the way back to 15th by the end of the 40-minute session.

James Courtney and then Reynolds were the initial pace-setters before McLaughlin took a damper change in the #17 Shell V-Power FGX Falcon just before the halfway mark.

Holdsworth, who had been fourth at the time, went a couple of hundredths faster around three minutes later.

The lead changed five more times in the final couple of runs before Holdsworth wheeled the #18 Preston Hire ZB Commodore to a 1:10.8203s in the 39th minute.

“I sort of need to show what I can do; haven’t had the opportunity all year,” said Holdsworth, whose future is uncertain.

“Finally we’ve rolled out something that’s quite a decent car; I’ve got confidence to push this thing right up on the walls and everything like that.

“I just love these street circuits, I love Newcastle as a track, it’s awesome.

“I’m having fun but got a lot on the mind as well.”

Regarding the strong westerly winds which made for a headwind on the main straight, Holdsworth explained, “You feel it coming down the hill, not so much anywhere else on the track because you’re protected by concrete walls.

“Just up to Turn 2 and coming down to the (Turn 11) hairpin, you really feel the car gets a bit blown around.

“That allows us to brake very deep into the hairpin, but it is inconsistent because the wind is stronger some laps than others.

“But generally it doesn’t affect us too much.

“Just a wild little street circuit and you can really push hard and get a little bit more out of it if you’re willing to take the risk. I’ve got nothing to lose this weekend.”

Van Gisbergen reported an unusual start to his session.

“The first lap I came around there was a big tree branch on the track; That wasn’t cool,” he smiled.

“This is track, it’s one of the only tracks, it’s up there with Bathurst where you have to build up, you can’t just go straight to the time.

“Especially coming down the hill, you want to go flat, your brain is doing it, but then your foot just comes off; you’re a softy, got to tighten the belts and get used to it. Awesome track to drive.

“First session here, you brake into Turn 1 one lap with a big headwind and the car slows up and then the next lap you try and brake later and there’s no wind. It’s so variable. It’s a challenge for everyone.

Chaz Mostert was fourth at 0.4803s in the #55 Supercheap Auto FGX Falcon, while Craig Lowndes vaulted up 18 positions to fifth after the chequered flag in the black and gold #888 Autobarn ZB Commodore.

The session ran without interruption, although Anton De Pasquale did bring a smoky #99 Erebus ZB Commodore into the garage after around a quarter of an hour.

The Virgin Australia Supercars Championship field will be back on-track this afternoon for Practice 2 at 1515 local time/AEDT.