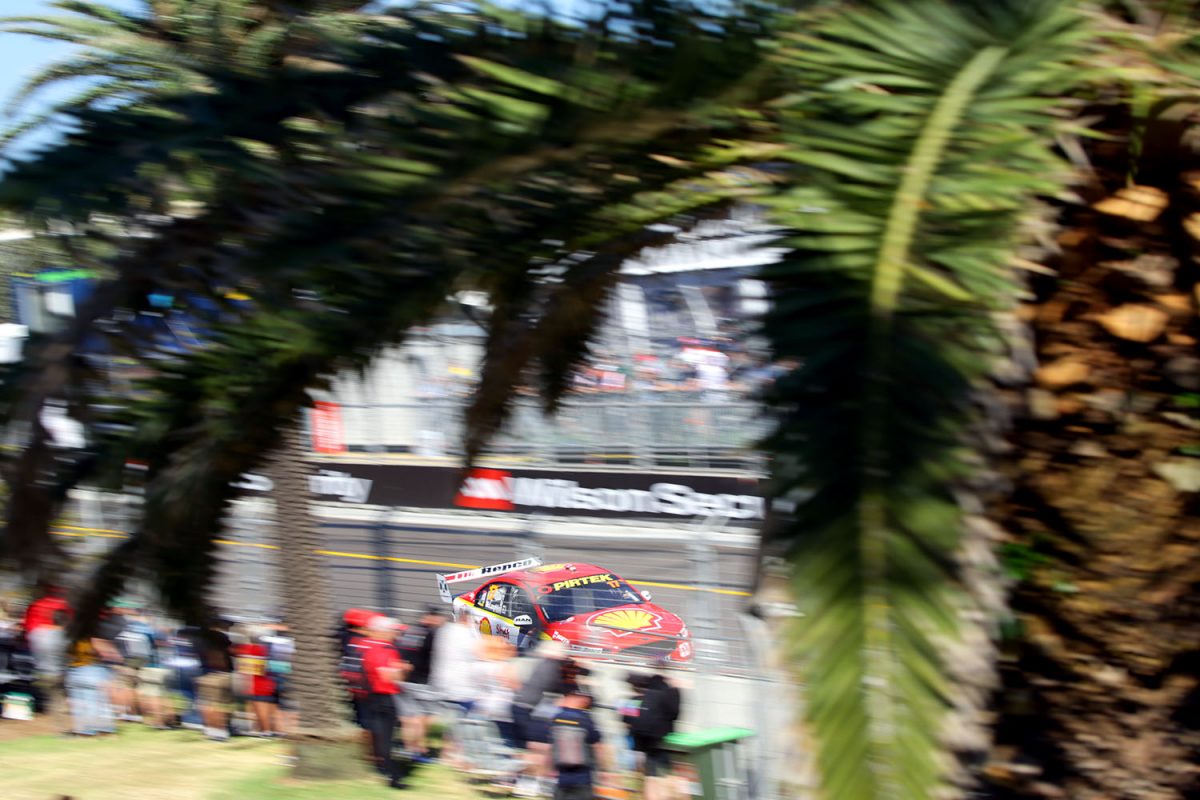 Supercars drivers say the combination of strong winds and debris around the Newcastle street circuit resulted in slower lap times on Friday at the Coates Hire Newcastle 500.

Scott McLaughlin’s 1:10.4756s in Practice 2, the quickest of the day, was nearly nine tenths of a second slower than the corresponding session last year.

Powerful winds lashed the circuit throughout the day with debris including hats and tree branches littering the track.

“The first lap I came around there was a big tree branch on the track,” Red Bull Holden Racing Team’s Shane van Gisbergen noted after the first practice session.

Both Jamie Whincup and Cameron Waters also found themselves running over detritus from local vegetation and spectator areas.

“It was a bit of a weird session, the wind was playing a fair bit of havoc; not so much moving the car around, but just a lot of dirt, dust and debris,” Whincup explained.

“So it’s mainly the debris and the dirt that made the track a lot slower than last year.”

Waters reported a near identical experience in the windy conditions.

“The wind has obviously (been) a massive factor today,” he agreed.

“I ran over two hats and a palm tree branch.”

Concrete patches on the racing line through Turn 8, 9, and 12 also contributed to slow lap times.

The strips were laid down during last year’s event as part of surface works to repair the deteriorating track.

“There’s these little concrete strips or whatever they are in the stair case, like white strips there between (Turns) 7, 8, and 9,” said McLaughlin.

“They’re really slippery so if you get onto the limits it’s quite hard so you’ve got to follow them like tram tracks.”

There were no concerns regarding the light rail crossing just over one-hundred metres up from Turn 1.

Supercars decided that they would cover the recently installed tram tracks at the Scott Street intersection after they had originally planned to leave them uncovered.

Whincup felt they had no effect on the cars, with officials monitoring them throughout the day.

“I think the work they’ve done there is more so we don’t tear the tram tracks up, not so much our tyres,” he suggested.

“We would have been fine without anything on them in my opinion.”

The Virgin Australia Supercars Championship will return to the circuit on Saturday for Armor All Qualifying at 1135 AEDT.