‘Win it or bin it’ for SuperUtes contender Woods

‘Win it or bin it’ for SuperUtes contender Woods 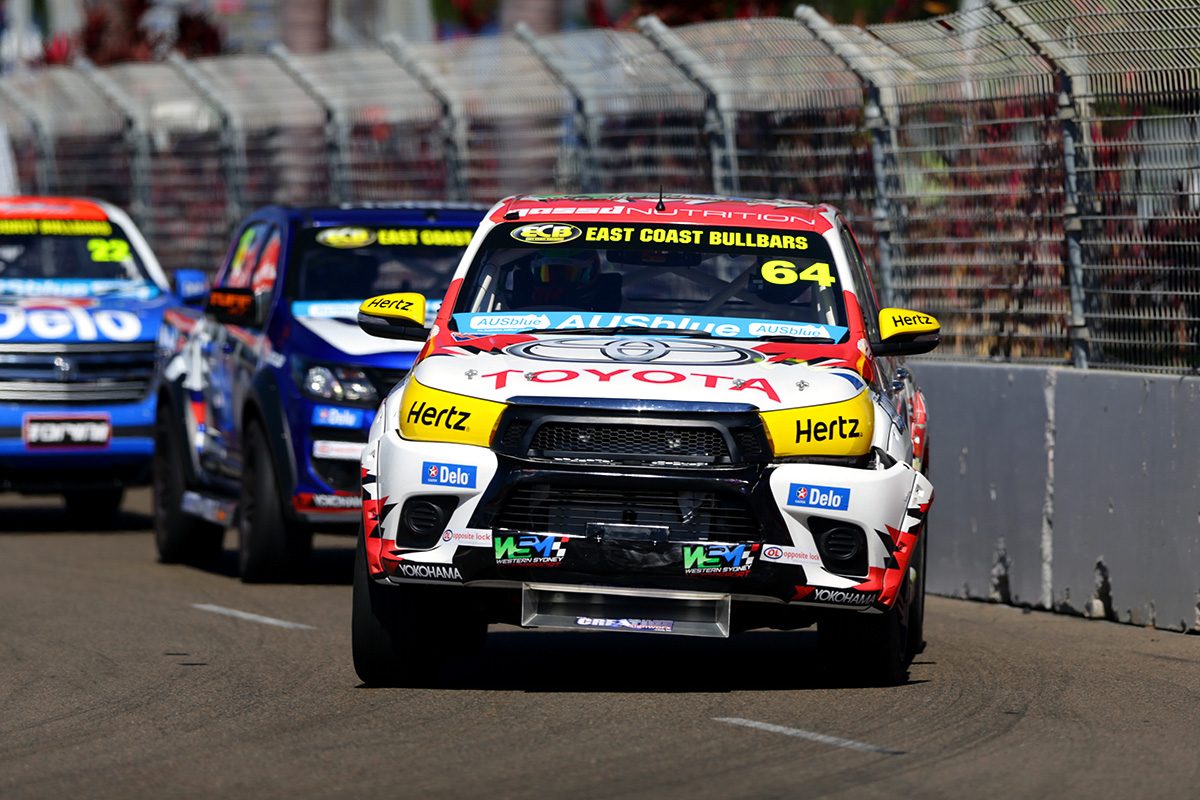 Craig Woods has declared that he will take a ‘win it or bin it’ approach as he seeks to overtake ECB SuperUtes Series leader Ryal Harris in Newcastle.

Harris leads the series by 27 points with one round remaining but the margin between the two falls to 22 once the little-known sporting regulation about dropping one’s worst round is applied.

Woods has managed to stay in the fight despite having two race wins to Harris’ 10 this year, and has vowed to cast off the conservative approach which has characterised his season so far.

“I actually changed my approach a little bit for the Gold Coast (last round) as well,” Woods told Speedcafe.com.

“I actually went more aggressive and being elbows out seemed to work so I guess I’ll just take that approach again and when it comes down to the money, it’s a ‘win it or bin it’ attitude because third place (in the series) is a long way behind so really there’s plenty to lose but realistically there’s nothing to lose.

“The worst I can probably finish is second so I’ve really got to just go for it.”

Woods’ second race win of the campaign came in Race 3 on the Gold Coast, when his Penrith Toyota-backed Hilux survived multiple hits with the concrete walls.

He suggested that he may need to do so again.

“I had bent a steering, I got put into the wall and then after that it just wouldn’t turn, so I thought, ‘I’ve got two choices here, I can be slow or I can just bounce it off the wall and hope it takes it.’ She was tough as nails.

“It’s plenty strong enough and I think we were a tenth and a half down on lap speed too, which was surprising.

“Team boss, he’s all for ‘win it or bin it’ attitude as well. He’s sick of being the bridesmaid as well.”

With 70 points for a win in each of Races 1 and 3 and half that for the reverse gridder in between, plus three points for pole, Woods could win the series by finishing ahead of Harris by three to four positions in each race.

In his favour, he believes, is that between the Western Sydney Motorsport team for which he races, and the Sieders Racing Team which also runs the WSM Toyotas, represents six of the 13 cars on the grid.

Harris’ Peters Motorsport team-mate Aaron Cameron is third in the series, but is the only help which the three-time V8 Ute Racing Series winner can count on.

“I’m very, very much in the game and I feel like having five team-mates, hopefully some of them can get between me and Harris if need be and we should be able to play that team game and hopefully get a result out of it,” noted Woods.

“I think we only need three or four spots between us each race to get a championship.

“That’s where I think my team-mates will come into it, the same thing as (Shane) van Gisbergen having (Jamie) Whincup and (Craig) Lowndes there; I think they could give Harris a hard time.”

The SuperUtes will be on-track twice on Friday at the Coates Hire Newcastle 500 for practice sessions at 0910 and 1240 local time/AEDT.