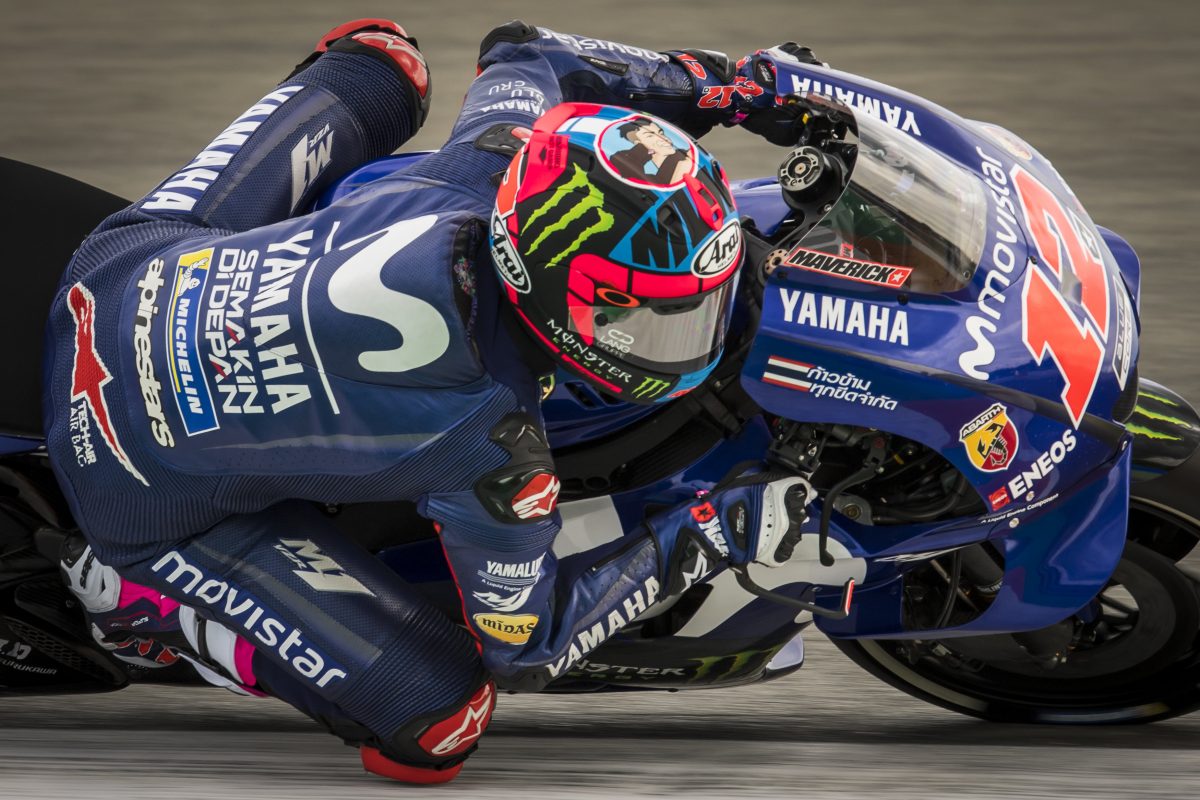 Maverick Viñales lowered his own benchmark on Day 2 to remain the fastest rider at the Valencia post-season MotoGP test wrapped up.

Viñales set a 1:30.757s amid a relative flurry of fast laps in the final hour of the day, after a crash midway through proceedings.

Team-mate Valentino Rossi was ninth as they tested another incarnation of the 2019 Yamaha engine.

Andrea Dovizioso finished 0.133s back as he and Danilo Petrucci, who was fifth, tried Ducatis which were another step closer to 2019-specification.

Michele Pirro, the Ducati Team’s test rider, again ran the GP19 and ended the day 19th, having had another spill.

Marc Marquez was third, 0.154s away from Viñales’ best, as he and new Repsol Honda team-mate Jorge Lorenzo also tried bikes which were a mixture of 2018 and 2019 versions.

Petronas Yamaha SRT’s Franco Morbidelli was the fastest rookie, in sixth position, while Alex Rins was seventh with a new engine in his Suzuki Ecstar machine.

Another official test will take place at Jerez on November 28-29.