Leeds fighting to save racing career

Leeds fighting to save racing career 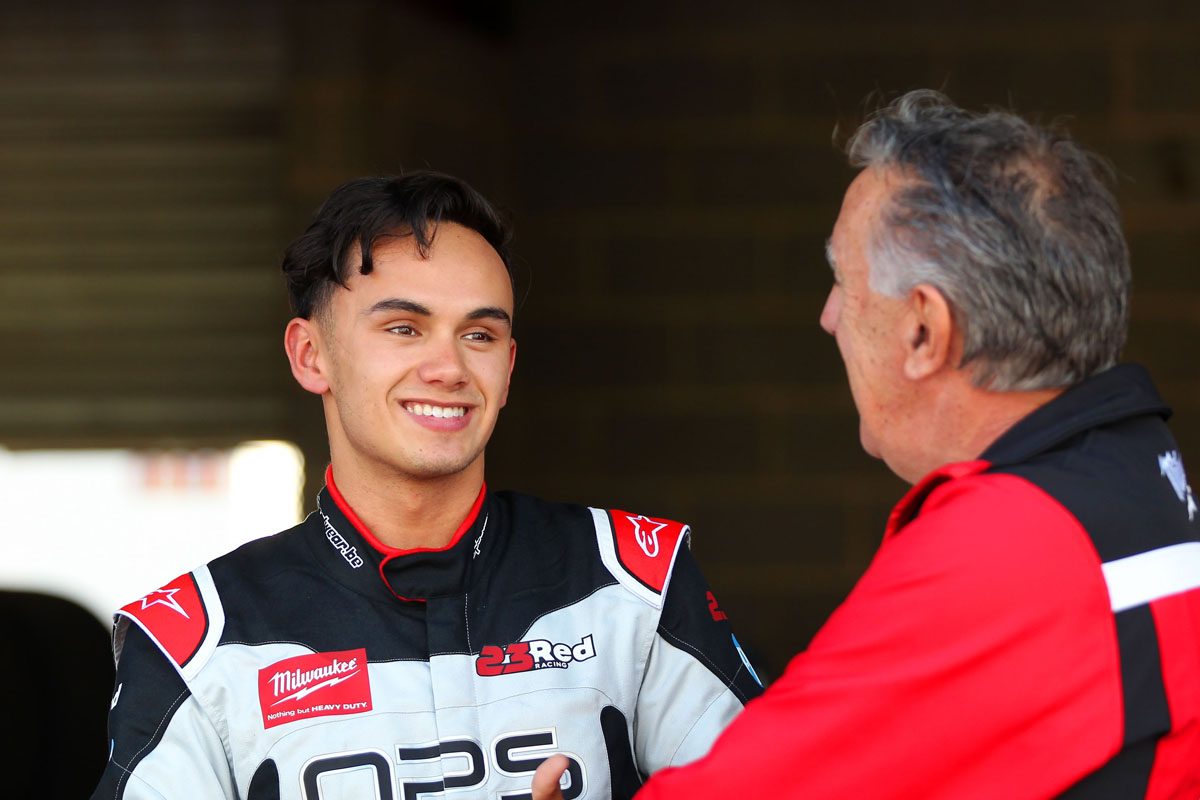 Teenager Luis Leeds is fighting to save his professional motorsport career as he looks to secure a racing seat for 2019.

The 18-year-old competed with 23Red Racing in the Porsche Michelin GT3 Cup Challenge this year but a lack of funding leaves him facing an uncertain future.

A former member of the Red Bull junior program he’s determined to push on but concedes this could be the beginning of the end for his professional motorsport aspirations.

“Pretty much I have nothing,” Leeds told Speedcafe.com when asked what his plans were for next season.

“I had a great season working with 23Red. Phil (Munday) was awesome, Rob, my engineer, was awesome, mechanics, truckies, it was a great crew, but unfortunately we just didn’t really get good results.

“At the moment I’m just working as hard as I can with the people around me to try and be able to fund a race seat for next year.

“My main priority is to stay with 23Red and keep trying to deliver results for them, and at the same time we’re looking to try and race in other categories.

“Ideally I want to race in Super2 next year but if I’m able to manage to drive in Porsche, whether it be GT3 or Carrera Cup or the new Production (Race Car) series that is coming out, at the end of the day I just want to race.

“I’d love to give you a percentage but at the moment it’s very, very unlikely you’ll see me in a seat next year at this current stage,” he added.

It’s another blow for the youngster who headed to Europe in 2016 only to have to return to Australia after he was cut from the Red Bull program despite meeting all his contractual obligations.

He’s now staring down the barrel of at least a year out of racing, a concept the Year 11 student admits is a very hard pill to swallow.

“In such a short time I’ve been on an incredible roller coaster,” he said.

“I went from just a racer in Formula Ford to being part of the Red Bull program to racing at Monaco in Formula Renault and then now possibly not even having a drive, all within four years.

“I hope that I’ve got some luck on my side and I can race next year, but last time I was in this position I was extremely fortunate to create the association with 23Red and be able to race for them.

“I owe so much to Phil Munday, I hope that I’m one day in a position where I can repay him and show him how grateful I am for his support this year.

“There was a stage in my life when I was 11 and my dad asked me Luis, ‘you can either race at a club day this weekend or you can play footy this weekend what’s your choice?’,” he continued.

“I haven’t looked back since that day when I said I was going to race a club day. For me it’ll really hurt to not be able to pursue my career in motorsport.”

Leeds finished third in the Australian Formula Ford Series in 2015 before heading to British Formula 4 the following year, finishing third.

After a stint in Formula Renault 2.0 Eurocup in 2017, he returned for a cameo in Australian F4 at the end of the year before joining 23Red Racing in Porsche GT3 Cup Challenge.

He finished seventh in the standings despite not starting the final fives races of the season and failing to finish on three other occasions.