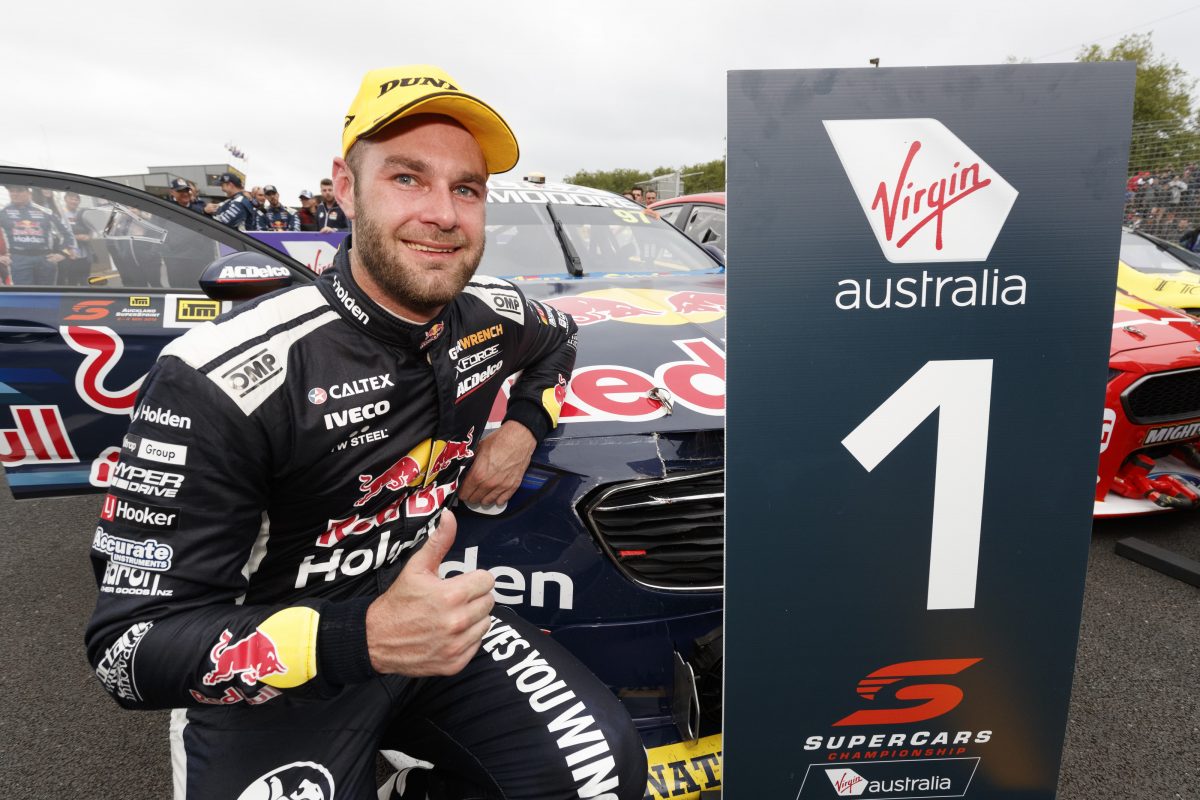 Knowing the feeling of winning a Supercars title is driving Shane van Gisbergen on to claim a second crown at this weekend’s Coates Hire Newcastle 500 championship decider.

Van Gisbergen heads to Newcastle for the final two races of the year with a 14-point deficit to McLaughlin.

Having experienced the feeling of winning the championship back in 2016, when he defeated team-mate Jamie Whincup, the Kiwi plans to use the career highlight as motivation.

“Of course (I can learn from 2016) and ever since then I feel like I have learned a lot as well,” van Gisbergen told Speedcafe.com.

“It’s cool to know what it feels like to win. It is a different scenario as I’m not going up against a team-mate this time.

“But I think the feeling of knowing what it is like is what is making me want it so much this year.

“It (the feeling of winning the title) is hard to put into words.

“This is what I have worked all my life towards it has only ever been my goal in life. There is a lot of work to be done though.”

Van Gisbergen has endured his fair share of highs and lows this season which began with a dominant double victory at Adelaide.

Since then he has been playing catch up until the second half of the year, which included a run of eight consecutive podiums from Townsville to Sandown, with four wins and four second place finishes.

The 29-year-old says it has been a painful process to reel in McLaughlin and is expecting a close fight in Newcastle.

“It is quite amazing,” he recalled when asked about the season long battle with McLaughlin.

“We were a long way out of it after the first few rounds.

“It is pretty amazing how tight it is and trying to claw those points back was a long and painful process because they (Shell V-Power Racing) don’t make mistakes either.

“I’m trying not to think about it as any other round.

“The way that we progressed through the year has been working so there is no point in changing it.

“Yeah (we have got to attack) which is what we have been doing.

“We were on the back foot from rounds two to five and lost a lot of points and since then we have been working super hard to try and make it up.

“We are good on street tracks but so are they, they’re pretty good. We were quick there last year. Anything can happen but I’m sure they will be quick.”