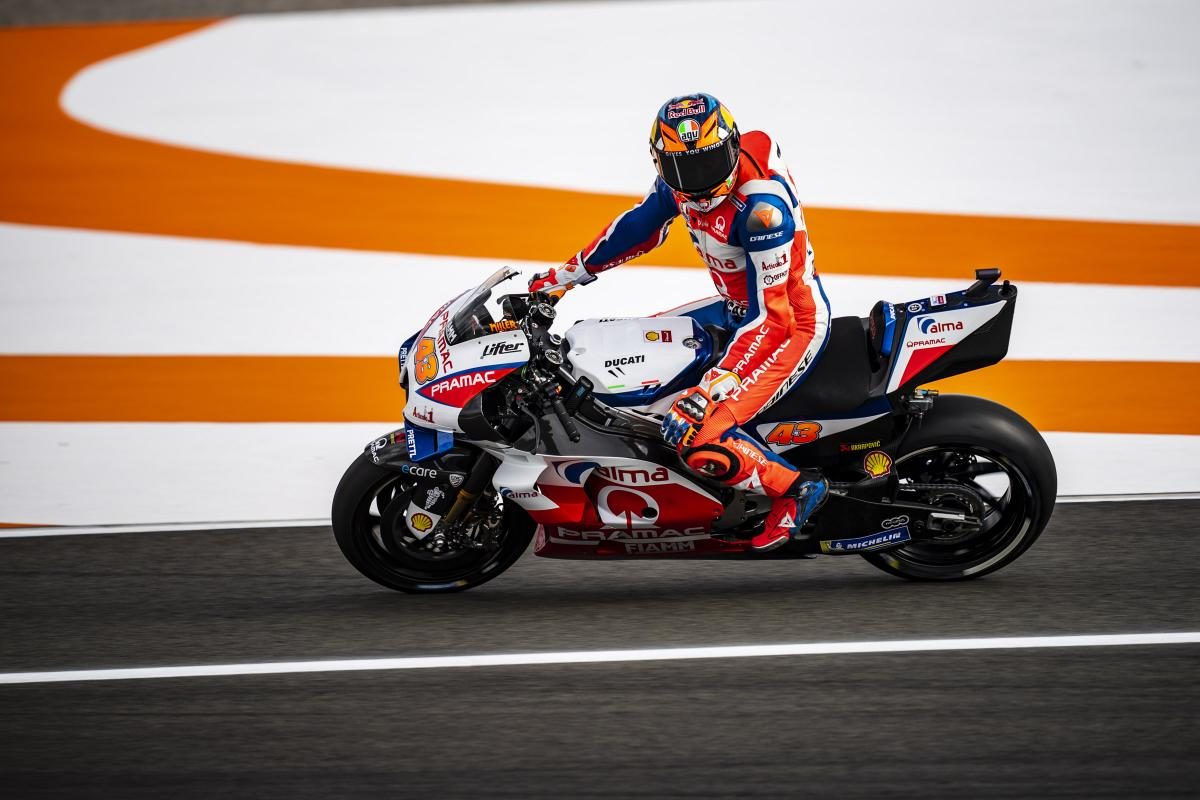 Jack Miller was left thrilled with the performance of the current specification Ducati despite a mechanical problem cutting short his first day of the Valencia post-season MotoGP test.

Miller rode the Desmosedici GP18 for the first time having raced a GP17 in his first season for Pramac Racing.

While he could only notch up 19 laps onboard the 2018 model Ducati, and finished 14th on the timesheets with a lap 1.1s slower than Maverick Viñales’ benchmark, the Queenslander still had an overwhelmingly positive impression from the outing.

While factory Ducati Team rider Andrea Dovizioso was a distant second to Marc Marquez in this year’s championship, the Desmosedici GP18 was arguably the best bike in the field by season’s end.

“I enjoyed it. The new bike feels amazing, I’m really happy with it and I look forward to more laps tomorrow,” said Miller.

“We had a slight technical issue, which caused an early end to the test but the boys will get it fixed up and we’ll back out there tomorrow.

“There are no similarities (between the GP17 and GP18). I can’t believe the bike is from the same family. Everything is new; the gearbox down to the handlebars and the way they feel.

“I’m enjoying it a lot and I’m even more excited for tomorrow than I was for today.”

Miller takes the senior role with the team in the wake of Danilo Petrucci’s elevation to the factory team, and with it a GP19 bike for next year.

His new team-mate is 2018 Moto2 champion Francesco Bagnaia, who ended the day three positions higher than #43.

Miller revealed that they almost ran into each other on their first day working together.

“I actually almost got cleaned up by him at the end of pitlane,” recounted the MotoGP race winner.

“As I looked up to see what was coming, he’d hit the wet patch at Turn 1 and I just saw him coming towards me and thought ‘ooh no!’

“But he’s doing really well out there and I think he’s quickest of the rookies, so he’ll be pushing.”

At the factory team, Dovizioso was fastest in fourth position on an updated GP18, Danilo Petrucci eighth having ridden an updated and current GP18, and test rider Michele Pirro 10th on a GP19.