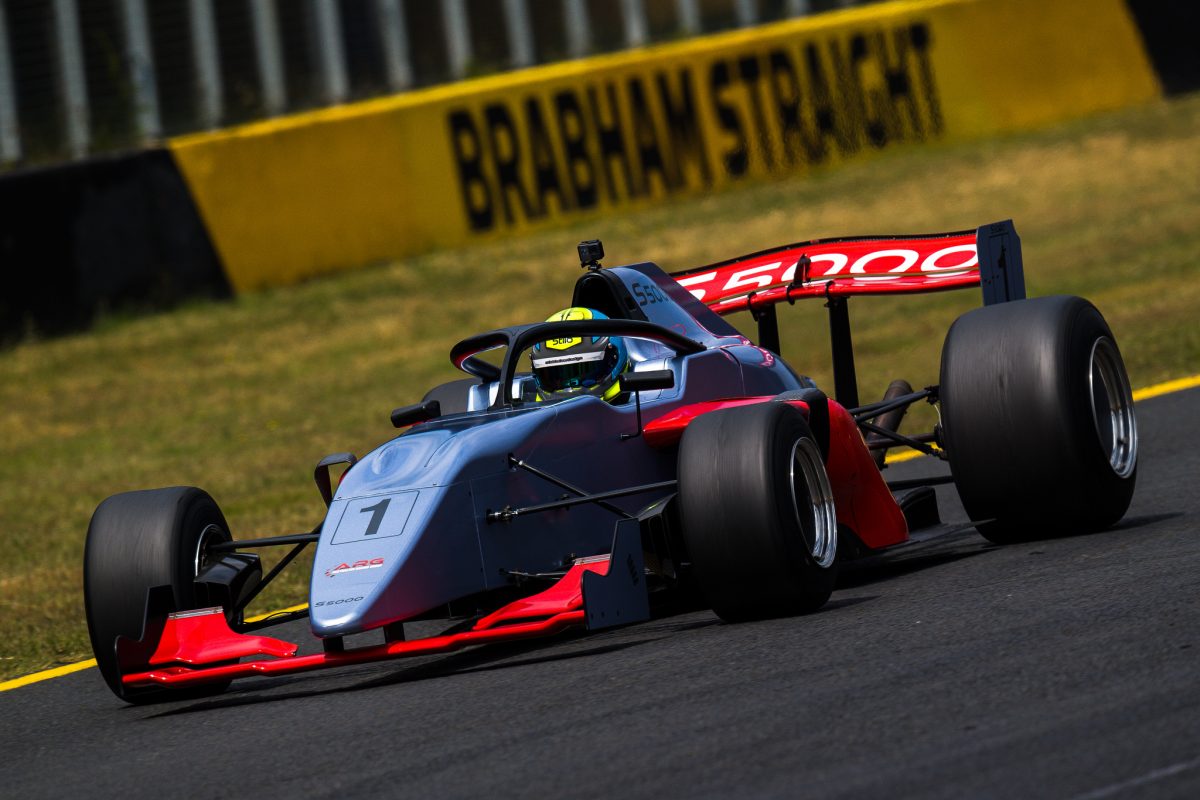 Drivers who cut laps in the S5000 at its Sydney Motorsport Park launch event have given an overwhelmingly positive response to the car.

A number of current and former Supercars drivers, as well as up-and-comers from other categories, drove the new, V8-powered open-wheeler.

Among them was 2017 Supercheap Auto Bathurst 1000 winner Luke Youlden, who in fact unofficially broke the lap record on SMP’s North Circuit layout (short circuit) which the S5000 ran on.

“It is awesome. It’s an all-encompassing experience,” said Youlden.

“The helmet is trying to come off your head, it sounds amazing, and you really have to drive it. I had a ball and I’d recommend it to anyone.

“I can picture 15 to 20 of these things pouring down the grid. The noise would be out of this world. You know what a Supercar sounds like, and these would be better.

“I heard stories about these types of cars in my Dad’s era of racing. There were grids of 30 back then, (and) it will be amazing to see a proper open wheel class return to the top level of Australian motorsport.”

Former Gold Star champion John Bowe, who will also perform demonstration runs in the S5000 this weekend at the Coates Hire Newcastle 500, said that the car compared favourably to the open-wheelers which he raced decades ago.

“It has all of the right systems – heaps of grunt, big tyres – it is the real deal, and it’s just what this country needs,” he declared.

“It’s a long time in the making, it’s a modern car with a carbon chassis with the halo, which you don’t even know is there.

“If I could wind my speedo back, I’d be here in a heartbeat.”

Carrera Cup driver Cameron Hill, who is at the other end of his career at 21 years of age, indicated that S5000 could also be a handy proving ground for young drivers.

“I only got a handful of laps. It was easy to get addicted,” he noted.

“I would have loved to have got more laps, stayed out there and found the limit of the car. It is a credit to everyone who has been involved.

“For guys my age, I think this is the perfect category. You will need to have a fair bit of experience to get the most out of them.

“I really think the category has amazing potential.”

Matt Braid, the director of S5000 promoter, Australian Racing Group, added, “We’re very pleased to get the car off the ground, show the car in the flesh and let everyone pore over it.

“The launch was a great day and it was great to see the car hit the track in a flawless manner.

“The interest level in the series has been very pleasing and it will not be long until we are announcing the drivers and teams that will be on the grid next year.”

Bowe and Greg Murphy are set to drive the S5000 in demonstration runs this Saturday and Sunday in Newcastle.