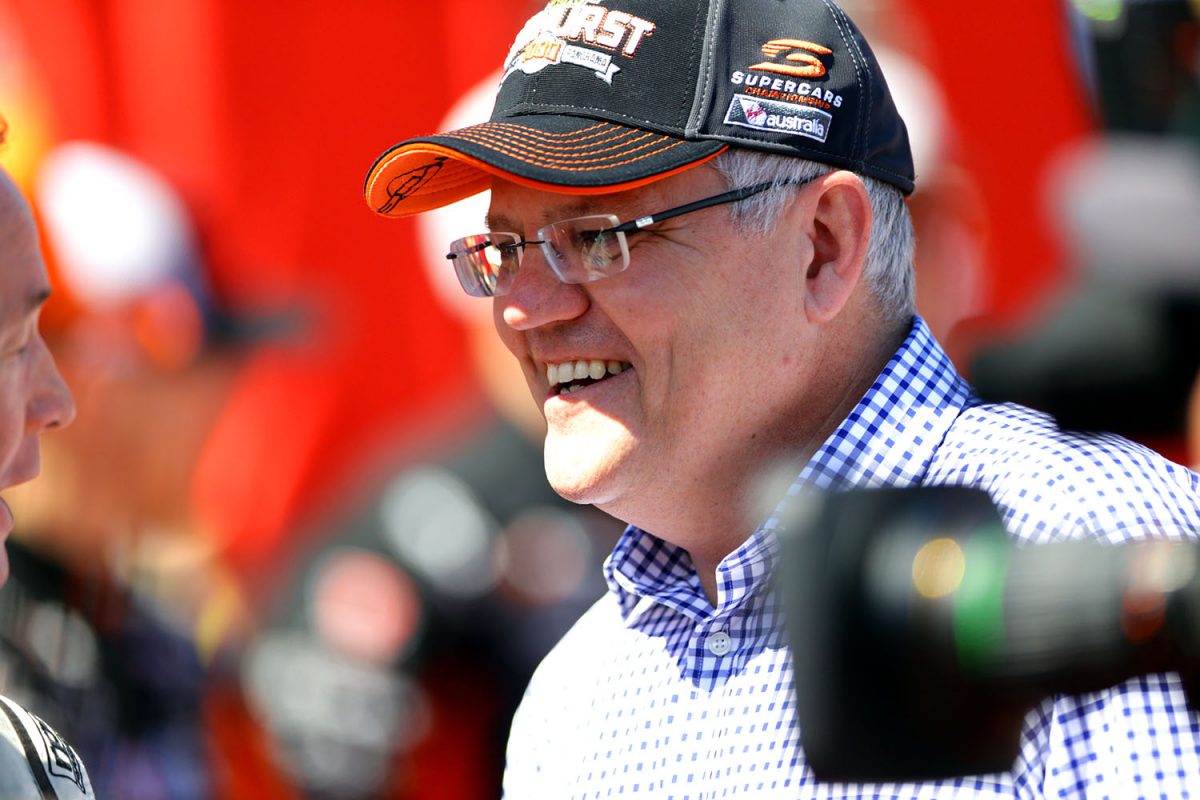 A race fan has been fined $500 for hurling abuse after calling Australian Prime Minister Scott Morrison a ‘f***ing muppet’ at this year’s Supercheap Auto Bathurst 1000.

Tasmanian man Allan Maccaul was convicted of behaving in an offensive manner according to a report in the Western Advocate.

Morrison was greeting fans behind Garage 1 during a visit to the Great Race in October when Mccaul reportedly called the PM a “f***ing muppet” on two occasions.

The 26-year-old man was warned by Protection Operations Unit officers before making the second abusive comment.

He was later placed under arrest by Police after a search of his bag found the race fan was in possession of a small amount of outlawed drugs, which resulted in a further two $400 fines.

Mccaul did not appear to face the charges in court last week.