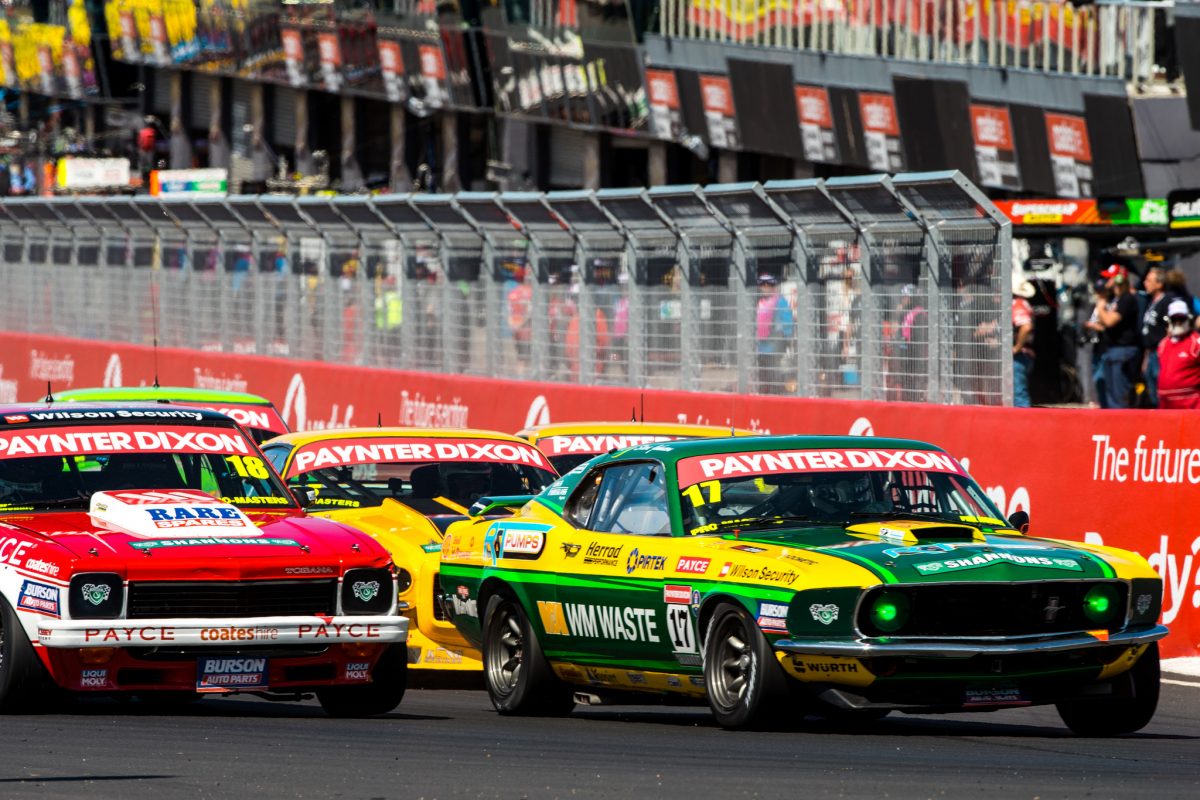 Johnson will seek to defend his first national title in what could be his last start in ‘Mustang Sally’, the famous 1969 Ford Mustang Fastback which both he and Bowe have raced in TCM.

Bowe will attempt to wrest the series lead off his friend and son of his former team boss in the 1974 Holden Torana SL/R 5000 which he now pilots.

Meanwhile, fellow ProMasters class competitor Jason Gomersall is set to bid the series a farewell of sorts as he prepares to enter the V8 Touring Car Series next year, stepping back to a part-time campaign in TCM.

Gomersall is currently fourth in the ProMasters and outright standings, effectively in a battle for third with Adam Bressington in front and Mark King behind.

Cameron Tilley leads the ProAm class and Jim Pollicina the ProSports class, with both also in play on the Newcastle East Street Circuit.

Tilley is hard at work repairing his Valiant Pacer after it spat out a tailshaft during the last round at Bathurst.

Pollicina, on the other hand, has already won the Kumho Cup for privateers in the V8 Touring Car Series and the outright Australian Production Cars title.

Cameron Mason is the local representation in the field, racing his 1966 Ford Mustang Fastback in the ProAm class.

Layton Barker will make his TCM debut in a 1972 Holden Monaro GTS, while Ben Dunn returns to the field this weekend.

The TCM field’s first session of the Coates Hire Newcastle 500 meeting is Practice on Friday at 1010 local time/AEDT before Qualifying that afternoon at 1345.