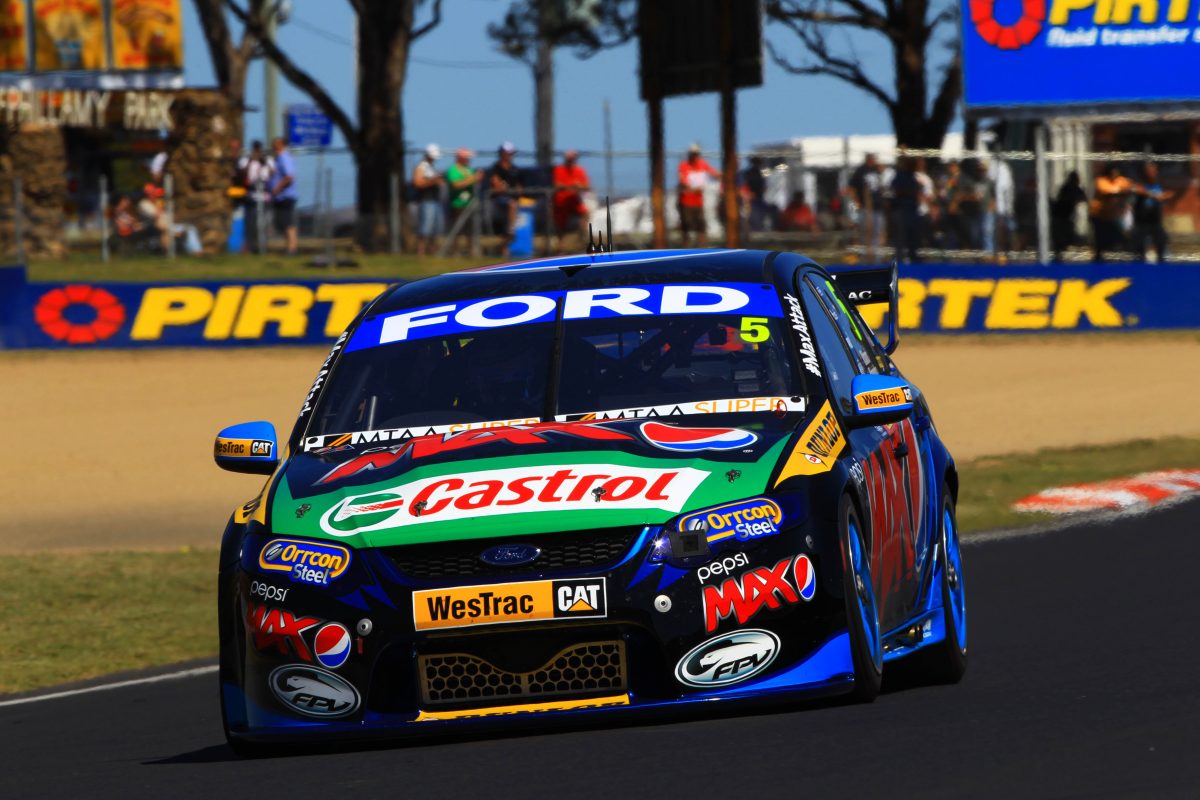 In this five-part series, Speedcafe.com speaks to some of the famous names associated with the Ford Falcon ahead of its final Supercars Championship round in Newcastle.

Mark Winterbottom says he will always have a special bond with the Falcon nameplate as Supercars prepares to bid farewell to the iconic model at this weekend’s Coates Hire Newcastle 500.

Few can question Winterbottom’s attachment to the Falcon having been a childhood Ford fan which transferred to a touring car career that had seen the 37-year-old only ever race a Falcon. 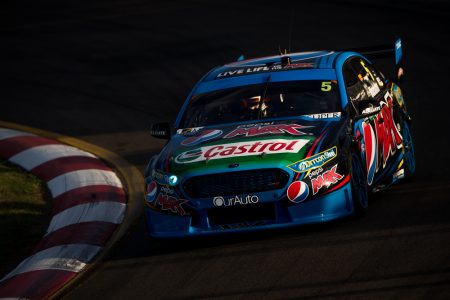 Winterbottom claimed his only Supercars title in an FGX in 2015 pic: Daniel Kalisz

It is perhaps ironic that the 2015 Supercars champion is expected to switch to Holden next year as the Falcon is replaced by the all-new Mustang.

Winterbottom’s first experience of a Supercar came behind the wheel of a Stone Brothers Racing AU Falcon, which guided him to a Super2 title in 2003.

The final round for the Falcon is a sad moment according to Winterbottom given the model’s influence on touring car racing in Australia and its rivalry with Holden’s Commodore.

“It’s a special car. Although I’ve driven a Ford I’ve only ever driven a Falcon, it’s been a great model and it’s all my career so far, it’s all I know,” Winterbottom told Speedcafe.com.

“It’s a very special car to me and ironic that I leave when the Falcon pulls out so I’ve started with it and ended with it. It has got a special bond (with me).

“I’ve always seen it as Falcon versus the Commodore, even when the Sierras were around. 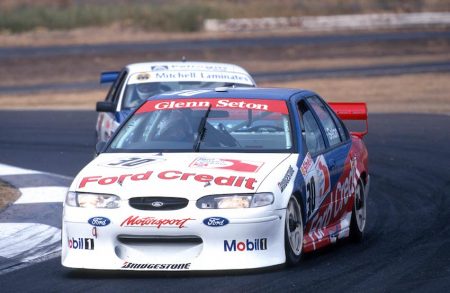 “The Commodore was always iconic, was always a car that serves the time, but when Ford had the Mustang and the Sierra and stuff, it was always strange watching it.

Reflecting on his childhood memories there is one particular Falcon that comes to mind when asked for his favourite.

“I remember going and watching it live (at Bathurst) and watching the Top 10 Shootout and the sound of that car… it’s something that stayed in my mind for my whole life.

“It was revving the absolute guts out of it, it was one of the noisiest cars I have ever heard.

“It didn’t win the race, but it was a car that was really iconic for me.”

From his own career the SBR AU Falcon that kicked off his touring car career and the 2015 championship winning FGX, the chassis he is currently racing, are the standouts. 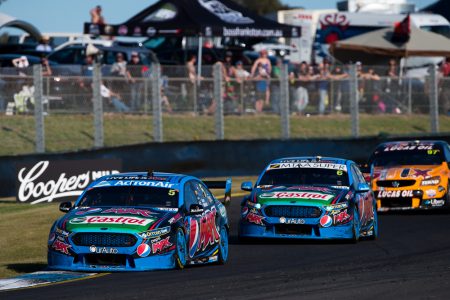 Winterbottom will race the chassis he used in 2015 this weekend for the Falcon’s final race pic: Daniel Kalisz

“The first ever lap in the AU, the Stone Brothers car was like, ‘holy shit what is this thing?,’ he recalled.

”It was mind blowing being in it.

“Driving… that was a really cool car driving in it with Campbell Little engineering.

“I have a soft spot for that because it was a successful car for me, but it was my first car and first ever taste of a Supercar.

“I loved that one and then the Championship car, which I’m back at it now, is a really special car for me, more so than the Bathurst car.

“It’s pretty cool that I will do my last ever race in a Falcon with Tickford in my Championship car, a nice little ending to it all.”

Winterbottom will bow out as a loyal servant to the Falcon having led its charge for much of the current decade.

It is perhaps fitting that he will see out the Falcon by driving the very car for it final swansong.