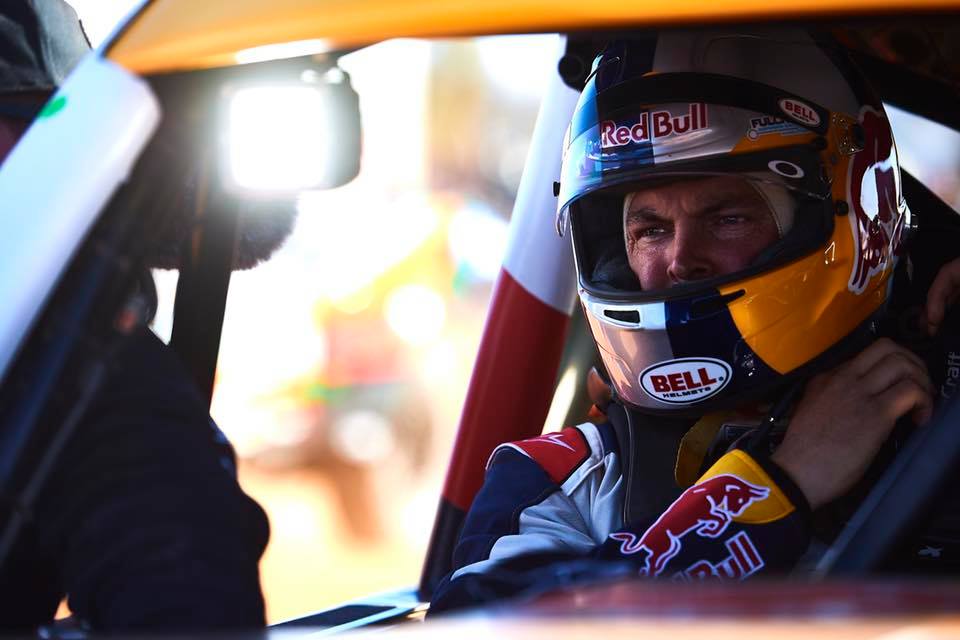 Cameron Steele has inherited victory in the Baja 1000 offroad race in the four-wheel vehicles class, in which Toby Price finished fifth despite hitting a spectator vehicle.

Pat Dean started the race in the #16 Geiser Bros.-built Ford Raptor before handing over to Steele at mile 538.

Steele crossed the finish line second to Rob MacCachren, who then had time added due to course infractions.

Price and Bryce Menzies similarly were elevated one position from where they took the chequered flag to be officially classified fifth in the #7 Menzies Motorsports Huseman-built Ford Raptor, while Matthew Brabham was a DNF.

“We had a good truck. We were in third when I put Toby in at race mile 380,” explained Menzies.

“There actually was a stuck spectator on the course that Toby hit and got stuck for about 10 minutes, which put us back a little ways.

“I got back in at race mile 600 and tried to catch up from there. We made up a much time as we could.

“Brand new truck, all-wheel drive. This thing was amazing, we just have to figure out the little things for it. We will come back next year for that SCORE Baja 1000 win.”

Justin Morgan, Mark Samuels, and Justin Jones won overall on a Honda motorcycle, ahead of the first six trophy trucks including Price’s. 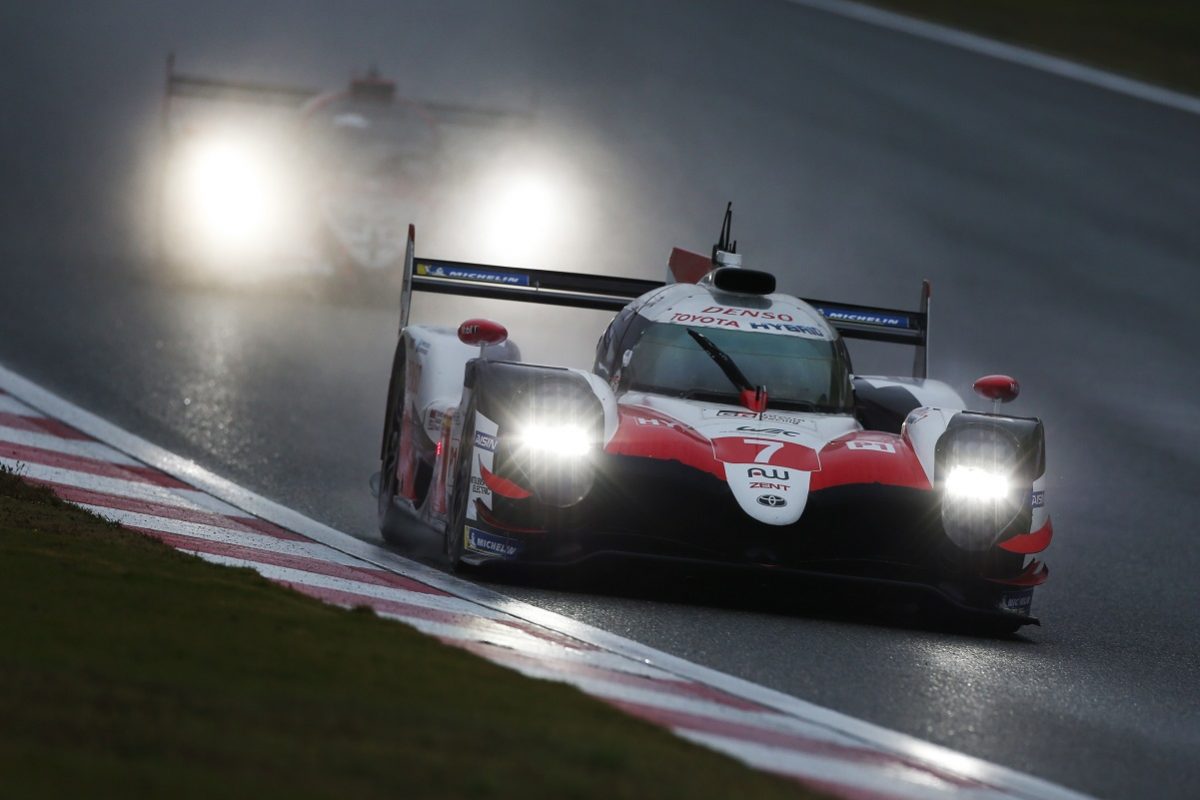 The #7 TS050 of Mike Conway/Jose Maria Lopez/Kamui Kobayashi led a Toyota one-two in the 6 Hours of Shanghai.

Car #8 of Fernando Alonso/Kazuki Nakajima/Sebastien Buemi led early on as heavy rain saw two red flags in the first half of the race.

Car #7, which had lost the lead when Lopez ran wide early on, eventually got it back thanks to pitting under a Safety Car.

Their advantage grew further when Car #8 had to wait at a red light at pit exit and even though Nakajima began to catch Conway in the final stint, he didn’t pass before or after a late Safety Car.

Matt Campbell was a class winner in LMGTE Am as he, Julien Andlauer and Christian Ried finished 21st outright in the #77 Dempsey-Proton Porsche 911 RSR a day after they had been stripped of all points earned in the season to date due to a ‘fraudulent’ data logger.

The #8 drivers now lead the #7 drivers by just five championship points ahead of Round 6, the 1000 Miles of Sebring, on the Friday of the double-header with IMSA from March 13-16 next year. 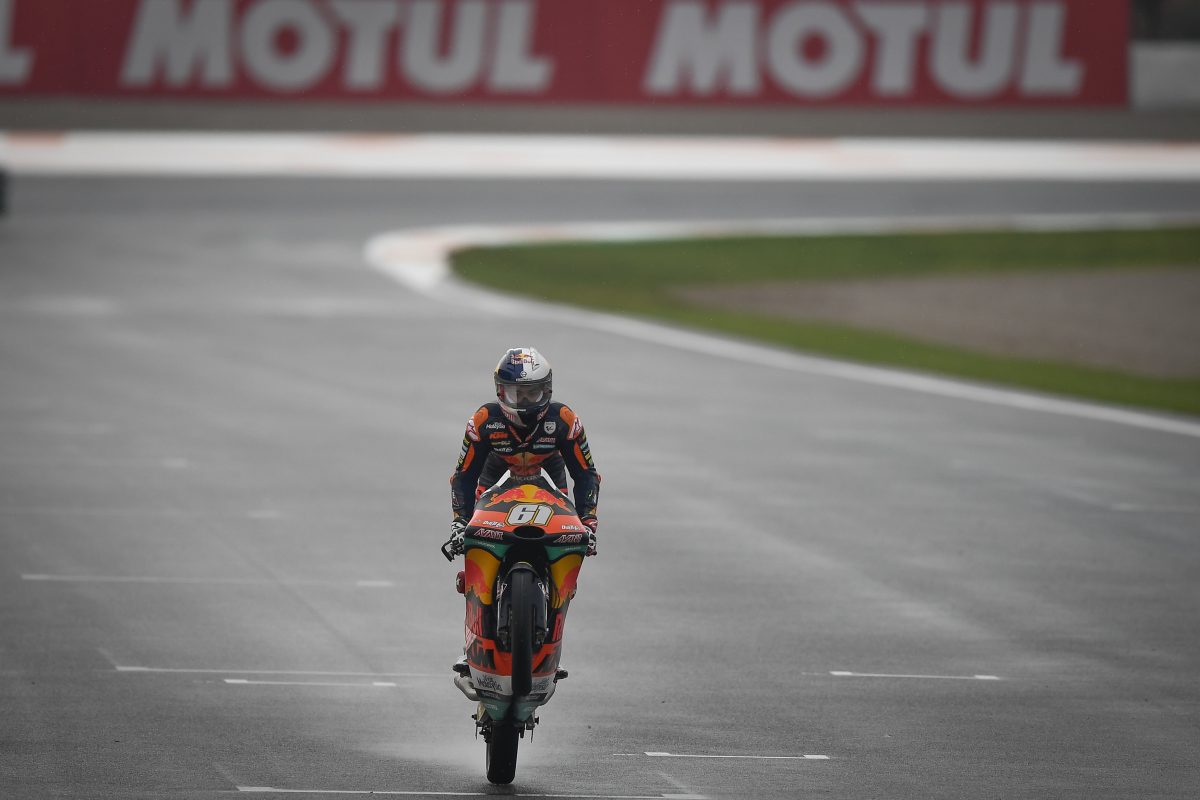 Fifteen-year-old Can Oncu has become the youngest grand prix race winner in history as he claimed the Valencia season finale on his Moto3 debut.

Tony Arbolino (Marinelli Snipers Honda) led the field away from pole position in wet conditions, followed by Marco Bezzecchi (Redox PruestelGP KTM) and Oncu, who moved up one spot from his grid position.

Bezzecchi had over a second on Oncu when he went down on Lap 4, leaving two seconds between Arbolino and the debutant’s #61 Red Bull KTM Ajo entry.

Arbolino was almost three seconds to the good when he too crashed on Lap 12 at Turn 11, handing Oncu a six-second lead over Fabio Di Giannantonio (Del Conca Gresini Honda).

The Turkish rookie had a huge moment at Turn 6 on the final lap but held on to take a historic victory, with 2018 champion Jorge Martin (Del Conca Gresini Honda) four seconds behind in second. 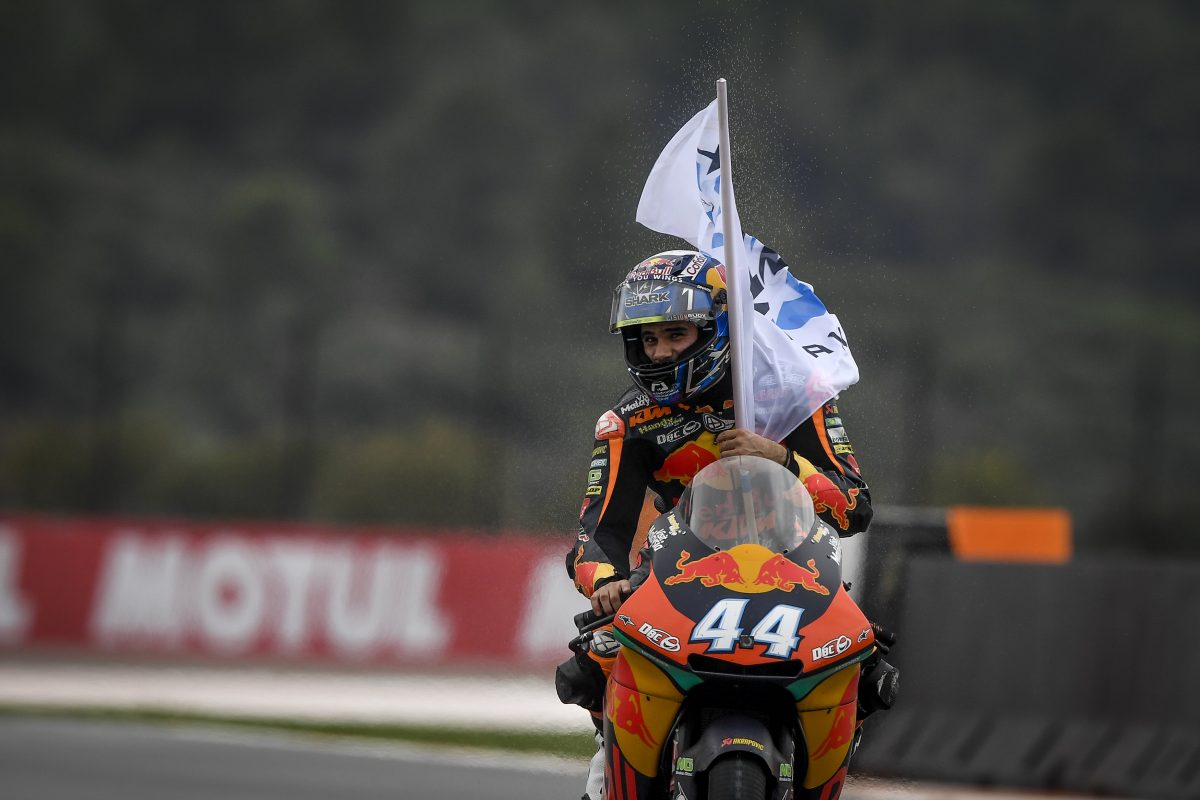 Championship runner-up Miguel Oliveira made it two wins in a day for Red Bull KTM Ajo when he claimed the Moto2 race which was similarly marred by crashes.

It was Alex Marquez who led through the halfway point despite starting 16th, but he crashed at the final corner on Lap 15 and handed top spot to Oliveira.

Marquez and Oliveira were in fact so far out in front that the Spaniard picked up his EG 0,0 Marc VDS Kalex and continued in third position to the chequered flag. 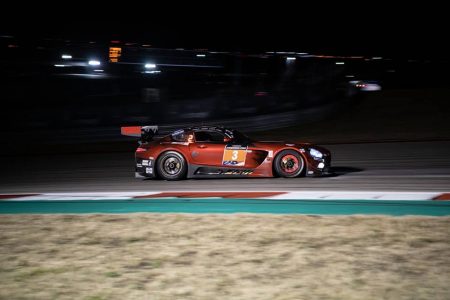 Black-Falcon has won the 24H Series finale at the Circuit of the Americas.

Gerard McLeod was third in the six-car GT4 class in the RHC Jorgensen/Strom BMW M4 which he shared with Daren Jorgensen, Brett Strom, and Dutchman Danny van Dongen.

The other Australians raced in the six-car A6-AM class for mostly GT3 cars, in which Peter Leemhuis was fourth with R-Motorsport (Aston Martin V12 Vantage GT3) and Martin Berry a DNF but officially fifth with HB Racing (Ferrari 488 GT3).