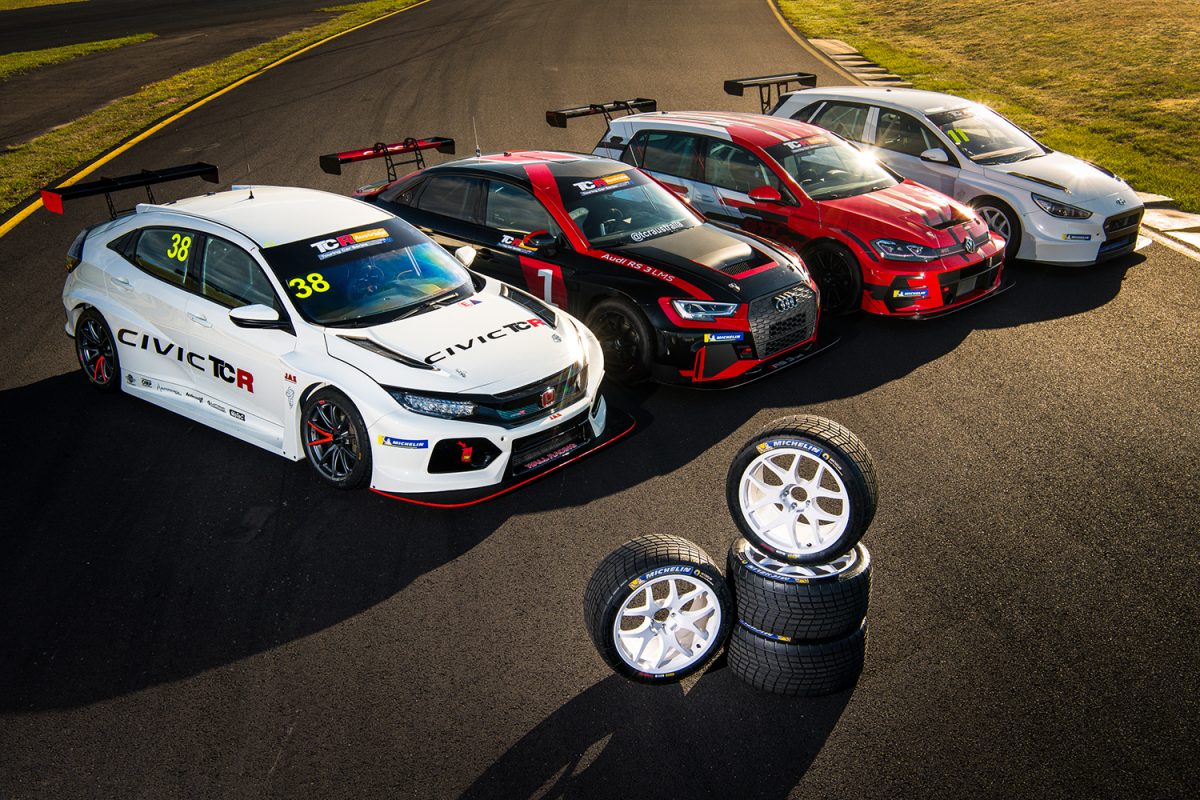 TCR Australia has revealed its tyre supplier and sprint races formats for its inaugural season next year.

Promoters Australian Racing Group has confirmed that Michelin will be its official tyre supplier as part of a multi-year deal with the all-new two litre production touring car category.

Announced at a media launch in Sydney Motorsport Park, the French tyre firm is no stranger to TCR Series worldwide, acting as the official tyre supplier for the two opening seasons of TCR International in 2015/2016.

TCR Australia joins TCR Asia, China, Scandinavia, Thailand and the Spanish Endurance Championship as the current championships that have exclusive deals with Michelin.

Category organisers have also revealed that the series will run under a three race sprint format on race weekends with progressive grids, similar to the British Touring Car Championship.

There will be one qualifying session held on a race weekend.

The category will investigate the viability of longer, endurance races for the 2020 season.

Announced two weeks ago, TCR Australia will be run alongside the Shannons Nationals, taking in all seven rounds of the official CAMS-backed championship.

“We are very pleased to announce a prestigious and world-renowned brand such as Michelin to be our official tyre supplier to TCR Australia from next year,” said ARG director Matt Braid.

“There was significant interest in the control tyre supply agreement for the category, and we feel very privileged to have Michelin as our inaugural tyre partner.

“The decision to select Michelin as the tyre supplier was based on their experience in Asian and European TCR competition, their comprehensive level of support they are able to provide on and off track, and their intention to use TCR Australia series in their consumer marketing activities.”

Patrick Dias, Michelin Motorsports Director for Asia-Pacific, added, “We are very excited about partnering with the TCR Australia category and vehicle manufacturers that serve it.

“We use motorsport as a laboratory for our tyre development. The data collected during races allows engineers to work on new technologies which are carried over to our road tyres.”

TCR Australia will begin at Sydney Motorsport Park from May 17-19.