Miller blasts delay in red flag as ‘a joke’

Miller blasts delay in red flag as ‘a joke’ 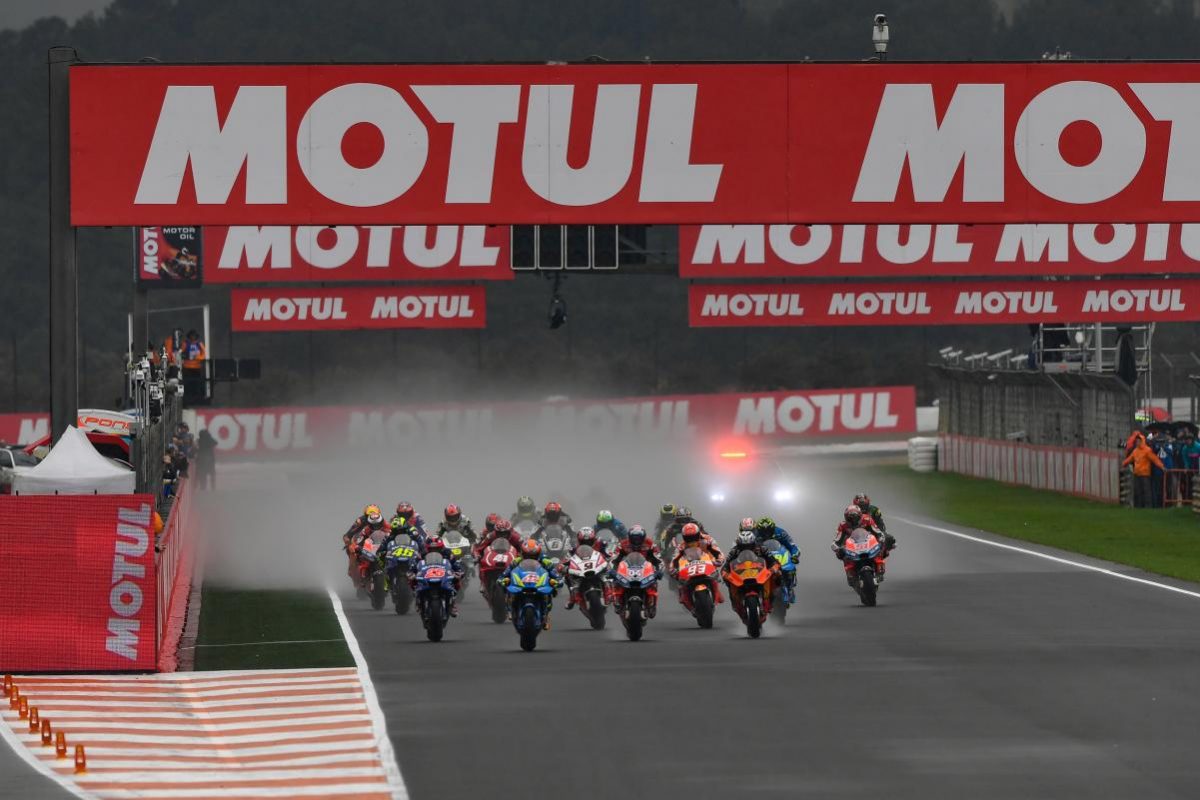 Jack Miller has described race direction’s hesitation to throw a red flag in a treacherous Valencia MotoGP as “a joke” after 11 crashes before the stoppage.

Miller was one of the first to go down during the first part of the race, which was run in heavy rain, when the rear wheel of his Pramac Ducati kicked out at Turn 3 on Lap 5.

What followed was a succession of similar crashes at various corners on the Circuit Ricardo Tormo, including a highside which appeared to dislocate Marc Marquez’s left shoulder for the second day in a row.

Miller’s frustration was visible as he watched on from pit lane, before red flags were called just as leader Andrea Dovizioso started Lap 15 of the scheduled 27.

Both of Friday’s practice sessions had also been red flagged, and some riders were even drawing comparisons with the shocking conditions which hit qualifying at Silverstone in August and saw the race itself washed out.

The Australian claimed that officials should have taken heed of those events and calls from riders in the Safety Commission meeting. 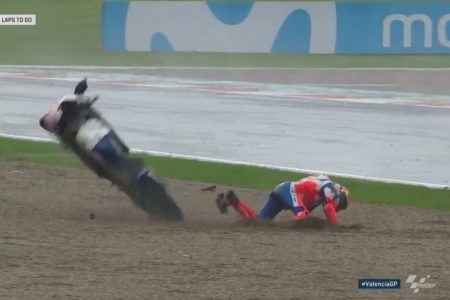 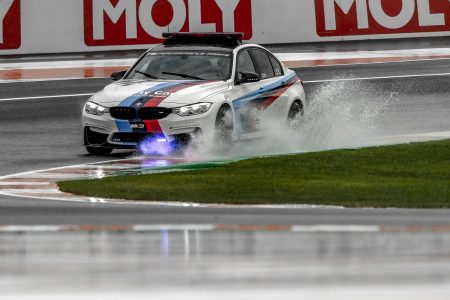 The Safety Car laps the Valencia circuit during the red flag pic: MotoGP.com

“It was a joke, they should have stopped the race a long time before,” said Miller.

“I am not giving myself an excuse or anything but for example Maverick (Viñales) crashed almost in a straight line.

“With the amount of water coming down, we pushed on Friday in the Safety Commission to say ‘Hey, with the two red flags in practice on Friday, if it gets bad put the red flag out’.

“For me it was like they were trying to make three-quarters race distance (for a result to be issued).

“(If the red flag had been called) A good five laps earlier, think as you would have seen the likes of Marc and Maverick still in there.”

Alex Rins had established a lead of over four seconds after six laps, but that whittled away when his early pace of high-1:41s to low-1:42s gave way to 1:44s as rain got heavier.

Miller said that should also have been a warning.

“They are trying their hardest that is for sure,” he observed.

“The reason I went into the pit lane, was because the guys had gone from low 1:42s to 1:44s, 1:45s. Three seconds a lap slower when the tyres should be getting better. It was quite clear about that.”

On the specifics of his own crash, Miller explained, “I just hit my normal line through Turn 3 and same throttle but got on to a puddle or something to aquaplane and looped out.

“I don’t think there was one crash on the front end, everybody looped out and aquaplaned.

“A day to forget but we are the only ones who crashed out s there were a lot of big names down on the ground so to see the race finish like that is a shame.”