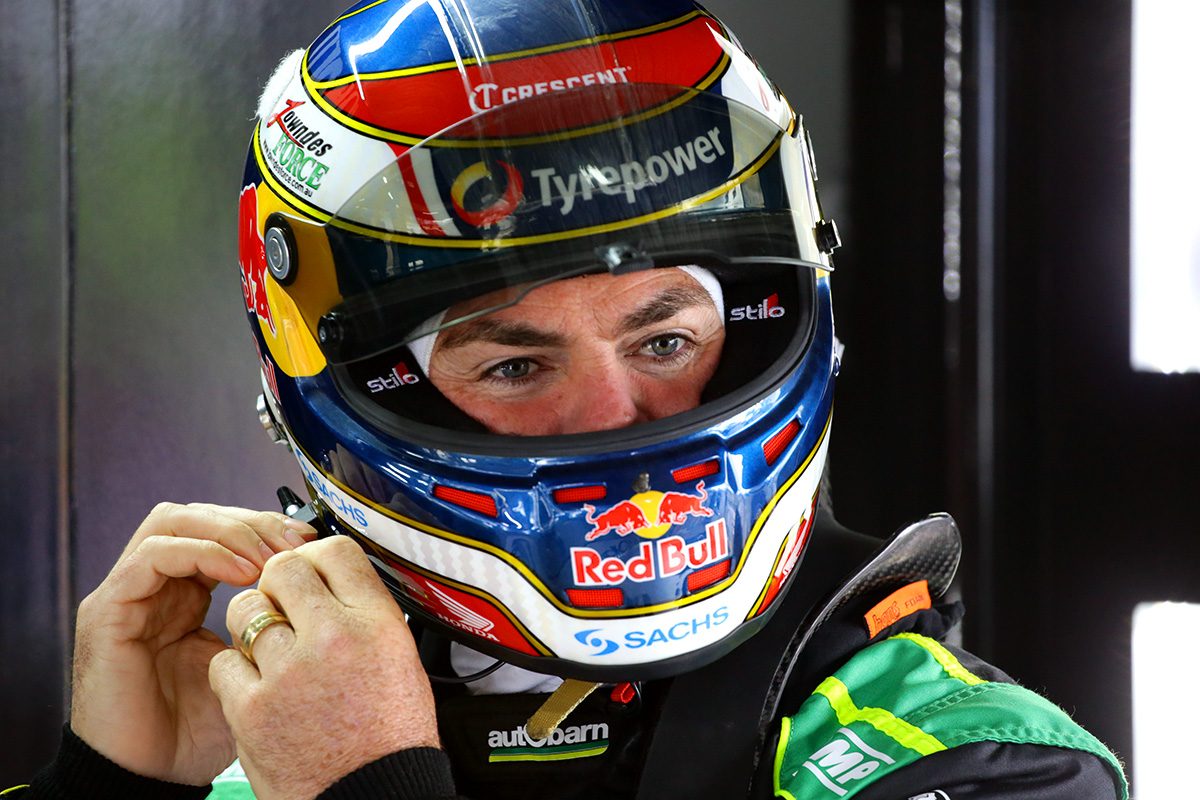 Craig Lowndes is hoping for a Bathurst-like send-off from the crowd as he draws the curtain on his full-time Virgin Australia Supercars career.

Set to bow out of the championship following Sunday’s race, the seven-time Supercheap Auto Bathurst 1000 winner is hoping the cheers from the crowd will drown out his car as he completes his final racing lap of the Newcastle street circuit.

“Hopefully like a Bathurst you can hear the crowd,” Lowndes said when asked what he expects as he completes his final racing lap.

Until then though, it will be business as usual for the veteran who is currently locked in battle with team-mate Jamie Whincup for third in the championship, all the while helping colleague Shane van Gisbergen in his title quest.

Lowndes believes the need to focus on those tasks will mean the emotions of the event won’t sink in until Sunday.

“Since we made the announcement at Townsville, every race we go to it’s going to be my last, but this is obviously the final one,” he said.

“So there’ll be emotion. There’s no doubt come Sunday knowing that that is the last time that I’ll be in a Supercar for a full time (drive) that’ll be the time I reckon it’ll be more emotional.”

“Both Jamie and I have obviously got a role, we’ve got to try and get in front of Scotty (McLaughlin) if we can and try to take some points away,” he added.

“But at the end of the day the last thing I want to do is to have a repeat of last year.

“For me, I’d love to have a victory, there’s no doubt about that.

“If we can help Shane along the way that’s even better but of course we’ve still got third up for the championship at the moment so business as usual, trying to put a pressure on Jamie and see what happens.”

Lowndes currently trails Whincup by 58 points in their battle for third in the championship, while 14 points split McLaughlin from van Gisbergen.