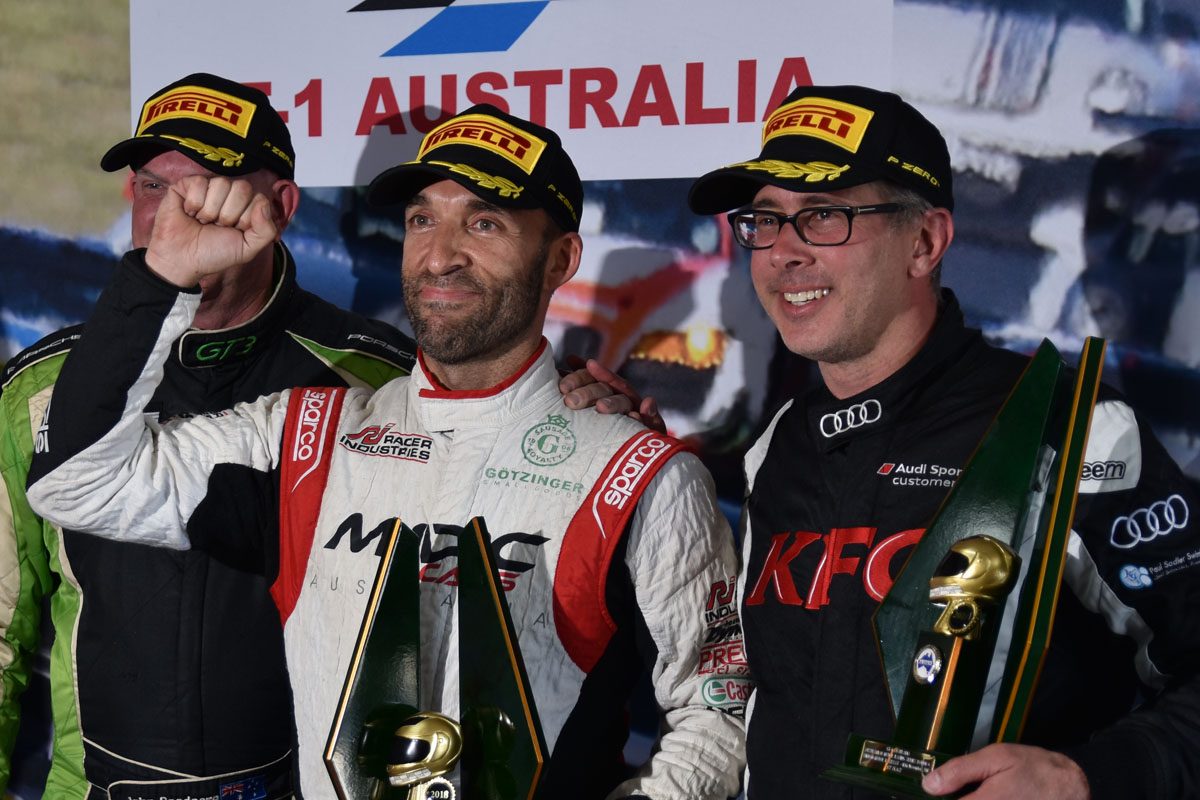 Jake Camilleri has won the inaugural GT-1 Australia competition after winning the final race of the year in a MARC Focus at Winton.

Co-driving with John Goodacre, the pair bounced back from engine issues in the opening race to win Race 2, confirming Camilleri as the series winner.

Stoupas was then second in Race 2 to win the round, with Salmon in third.

West and Nugara made contact, eliminating both from the race in the closing stages. 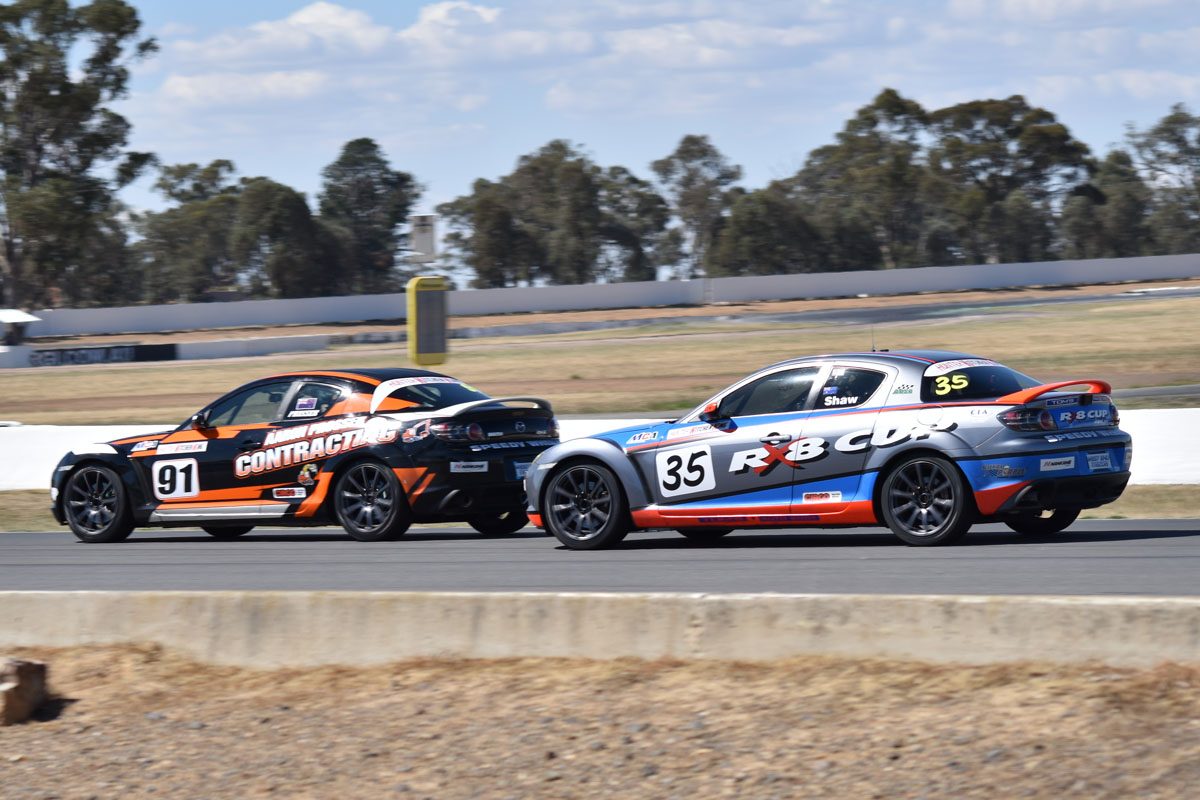 Both Aaron Prosser and Ric Shaw secured wins in the Mazda RX8 Cup, sharing the four races equally between them.

Prosser won the first two from Shaw before the order was reversed in Sunday’s two races.

Ben Silvestro rounded out the podium in Race 1 before Stephen McLaine climbed to third for the balance of the weekend. 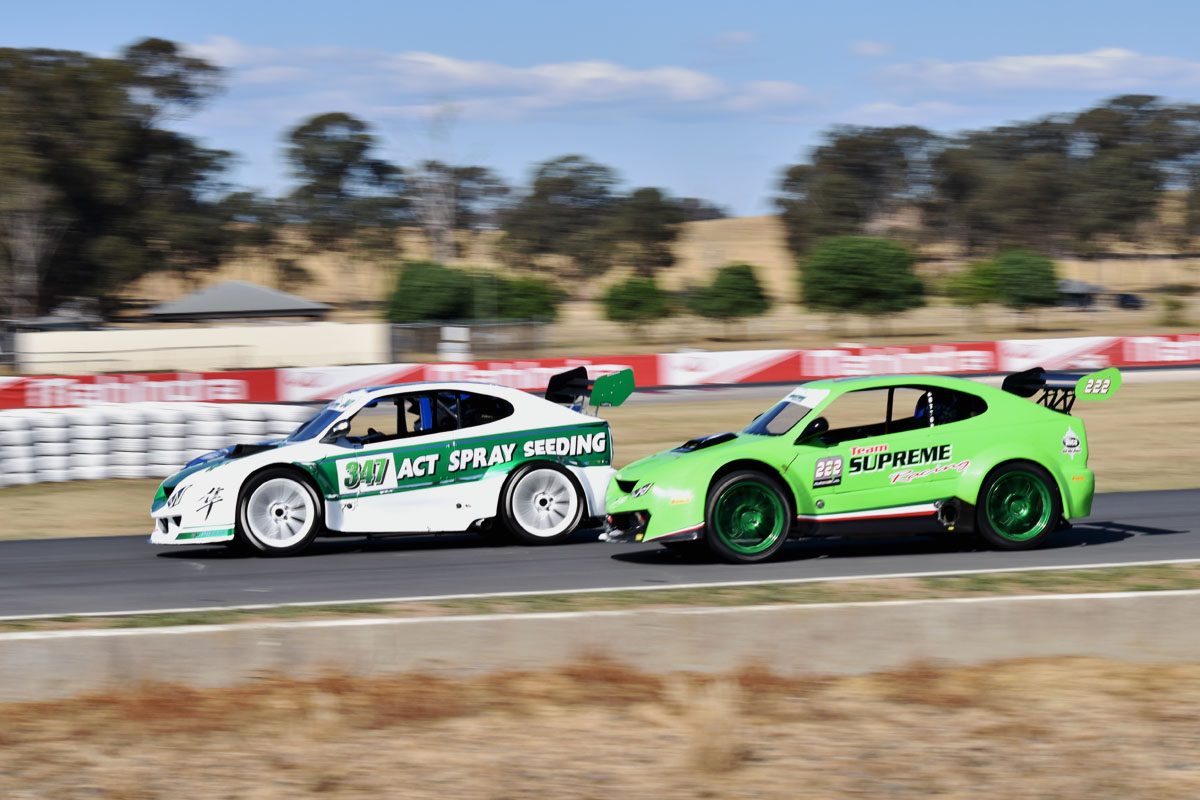 The nine-car Miniature Racing Cars field saw Chad Cotton progress from third in the weekend’s opening race to win the next three.

Craig McWhite won Race 1 from Garry Roberts and Cotton before slipping to second in Race 2.

Peter Griffiths was third in the opener, with Brad Lemon improving to a podium spot for Race 3.

His progress in the Aussie Racing Car continued in the final race of the weekend as he claimed second with McWhite third.

Burge qualified on pole before leading Ben Jagger and Zane Morse to the flag in the opening race.

Brendan Hourigan them climbed to third in Race 2 as Morse retired, with Hourigan and Bryan Neal taking the podium for Race 3.

The final race of the weekend saw Burge win by 2.7s over Jagger and Morse.

Heading the 2-Litre Sports Sedans class was Craig Lindsell who won two of the weekend’s three races, leaving Brendan Woods to claim the Race 3 by less than a second.

Peter Ryder demoted Hickey in Race 2, moving to second in Race 3 at the expense of Maclurking who fell to third.

A narrow win in Race 1 started Len Cattlin’s weekend off on the right foot, the Mustang driver going on to win all three races.

He edged out Craig Eddy in Race 1 by 0.6s with Victor Argento in third in the eight lap race.

The podium remained unchanged throughout the next two races, Cattlin easing to a 5.4s win in Race 2.

It was a closer run thing in the final race, with just 0.09s between the leading duo.