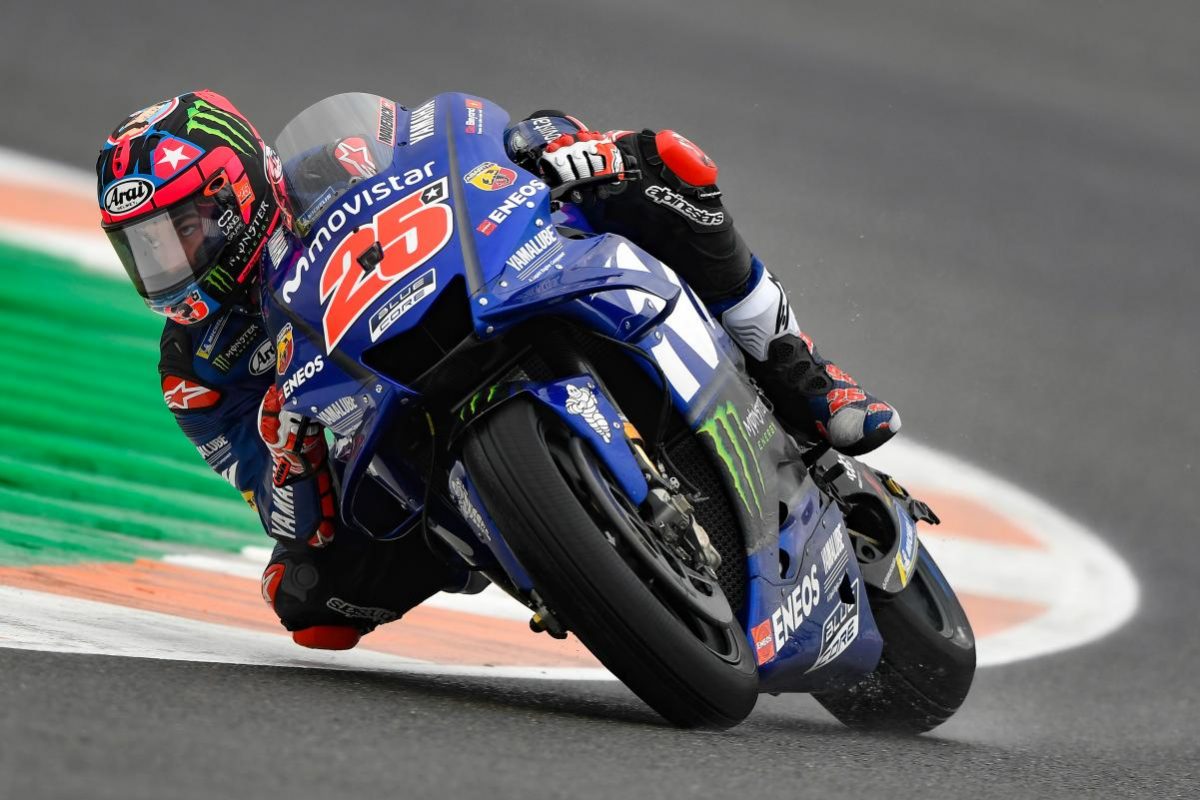 Maverick Viñales has qualified on pole for the season-ending Valencia MotoGP despite coming through Qualifying 1.

Viñales, in doing so, emulated the then-unprecedented feat of Marc Marquez in Thailand four rounds ago.

The lead Movistar Yamaha will be joined on the front row by Suzuki Ecstar’s Alex Rins and Ducati Team’s Andrea Dovizioso, while Marquez was fifth even after apparently dislocating a shoulder early in the session.

Viñales barely made the cut in Q1 as Jorge Lorenzo (Ducati Team), in his first qualifying session since Aragon, came up 0.042s short of a top two in the opening hit-out.

The former effort proved fast enough, although both Rins and Dovizioso did threaten to steal pole after the chequered flag.

Neither improved on those respective laps in particular, although the latter was only 0.080s away from Viñales’ benchmark at the end of the session.

Danilo Petrucci looked like he might see out his time at Pramac Ducati with a maiden pole but it was not to be and he qualified fourth.

Marquez lost the front of his Repsol Honda on his first flyer and held his troublesome left shoulder as he walked away from the scene.

However, after a visit to the transporter to presumably pop the joint back in to place, he immediately leapt to third position on his second bike.

Starting his next lap, however, the 2018 champion very nearly went down again at Turn 1 and made no further impression on the timing screen.

Jack Miller was fourth at the halfway mark but dropped his Pramac Ducati before he could set a time on his second run and was bumped back to 10th, where he will be joined on Row 4 by fellow crasher Johann Zarco (Tech3 Yamaha) and Ducati Team test rider Michele Pirro.

Xavier Simeon was declared unfit to ride after crashing his Avintia Ducati in each of the two Friday practice sessions.

Qualifying ran in dry conditions, at least on the race line, after rain fell during each of the first three sessions of the weekend.