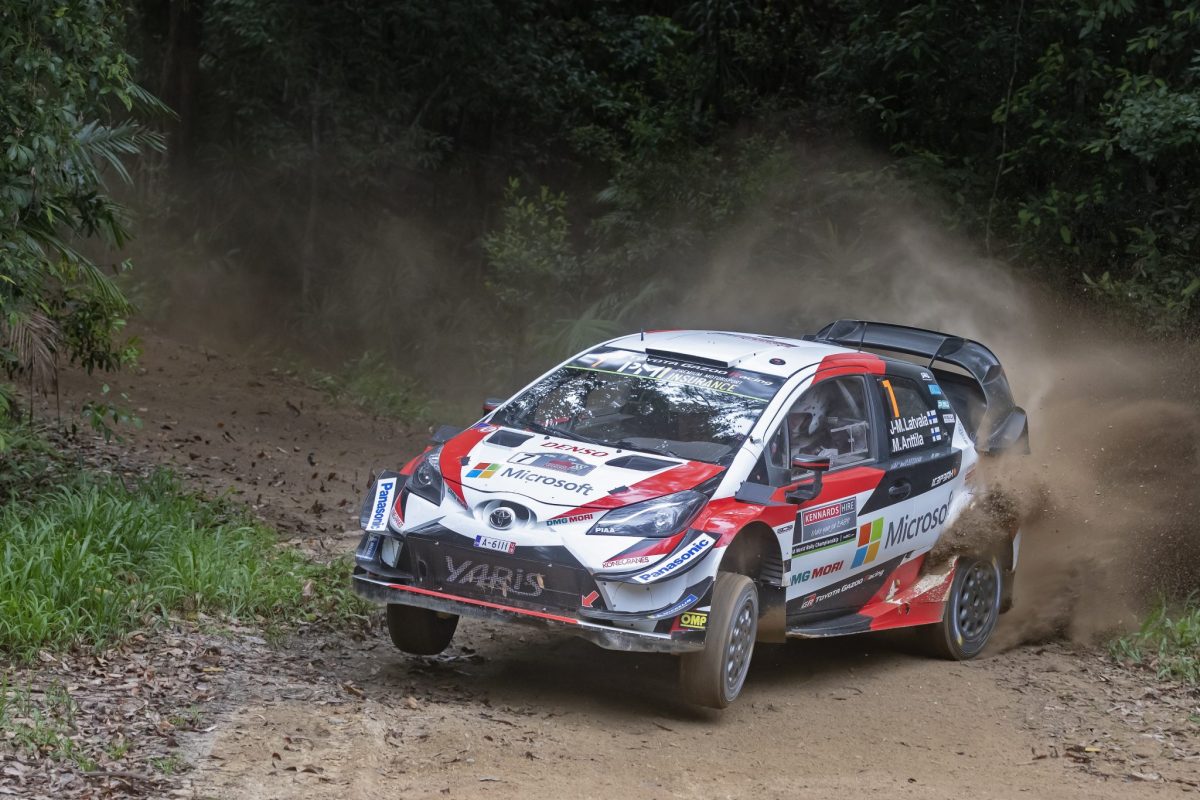 Jari-Matti Latvala leads Rally Australia after a mistake from Ott Tanak dented his bid to win the event and the world championship that now appears in the grasp of Sebastien Ogier.

Tanak surrendered his overall lead on Stage 20 when the Toyota driver under-steered off the road, losing more than 12 seconds in the process.

While the event has three more stages to run, the error dashed his outside chance of claiming the WRC drivers’ crown, which would rely on him winning and claiming bonus points in the event-closing Wedding Bells Power Stage this afternoon.

As a result, team-mate Latvala has now moved into a five-second lead having been able to make inroads on Tanak’s 21.9s advantage by winning a slippery slippery 15.55km Coramba stage.

Hyundai’s Hayden Paddon continued to apply pressure from behind, topping the Sapphire run and closing in third place overall, 19.6 seconds off the lead.

Paddon has managed to keep Citroen’s Mads Ostberg in fourth position and is close enough to pounce if problems hit the leading Toyotas.

In his quest to hunt down championship favourite Ogier, Hyundai’s Thierry Neuville clipped a bank with the left-front through the opening stage of the morning while pushing hard on a slippery, rain-affected surface.

Neuville then struck trouble on the 19.27km Sapphire stage, damaging his exhaust.

However, the Belgian managed to chip away at the deficit to Ogier to the tune of 7.7 seconds in the opening two stages of the day before gaining another 3.6 seconds on the Wedding Bells stage.

Ogier, in sixth overall, appears on course to claim a sixth-straight WRC title as Neuville cannot seem to make any meaningful inroads from eighth position.

In the Australian Rally Championship, Steve Glenney (Skoda) leads title rival Eli Evans (Skoda) with the championship set to be decided this afternoon.

The morning loop of three special stages will be repeated this afternoon after a lunchtime service break.