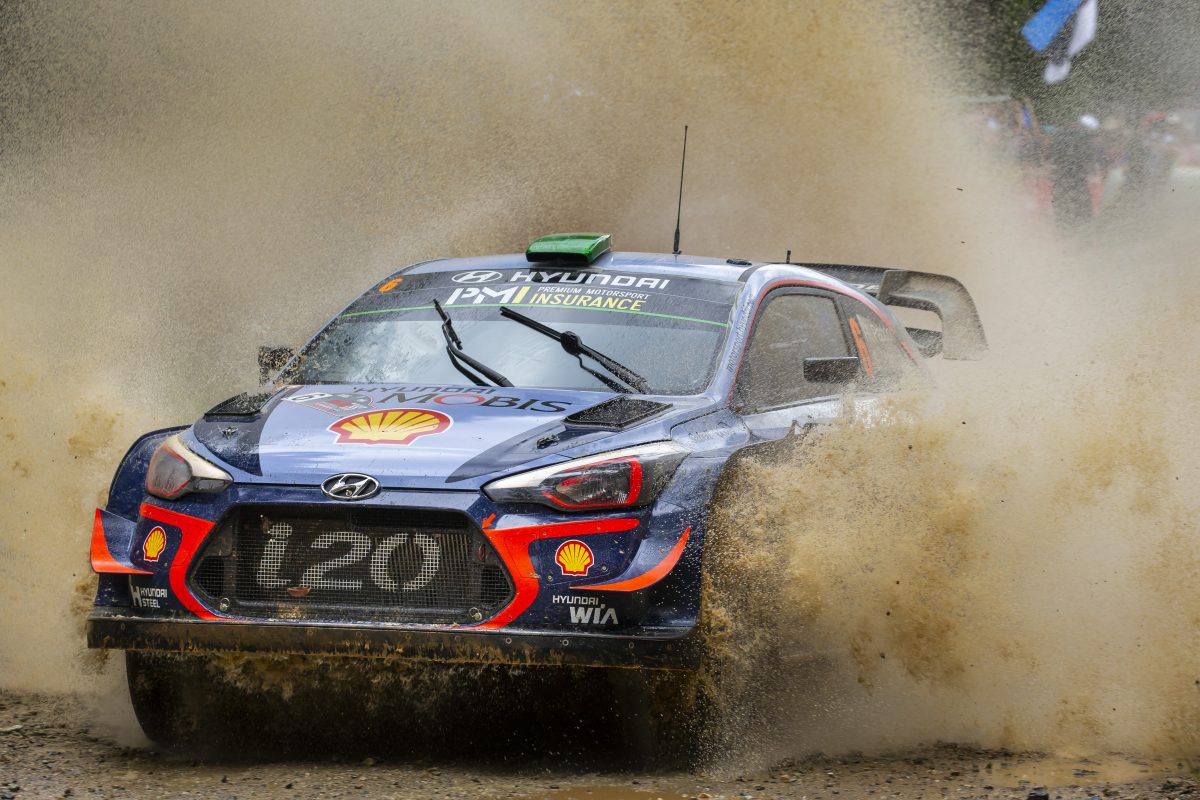 Hayden Paddon on his way to second at Rally Australia\

Hayden Paddon hopes a ‘proper podium’ result at Kennards Hire Rally Australia will help his cause to secure a World Rally Championship drive for next season.

The Kiwi impressed throughout the Coffs Harbour event to finish second 32.5s behind eventual winner Jari-Matti Latvala, his best result since Rally Poland in 2017.

Out of contract for next season, the New Zealander says he is unsure if this was his last rally for the factory Hyundai team.

Paddon was offered only a part-time deal this season sharing the third i20 WRC with Dani Sordo, after three full seasons with the Korean marque.

Team boss Michel Nandan told Speedcafe.com earlier this weekend that Paddon could return in a similar role for next year, although a deal is yet to be reached.

However, Paddon hopes the display will be noted by the powers that will decide his future.

“I’m really pleased to be back on the podium and to take our best result of the season,” said Paddon.

“This feels like a proper podium. I felt the last few we’ve benefitted from others’ misfortune but we’ve definitely earned this one.

“We have to see what happens next season but I hope this result helps our cause.

“At the moment I have no idea if we are talking to other teams, I want to stay at Hyundai that is the first priority for us.

“I don’t know if that is our last rally or not, so we will just wait over the next two weeks, and hopefully something will come out of the woodwork.”

The 31-year-old admitted to a few nerves when he saw the weather forecast on Sunday morning, but recent changes to the i20 WRC to bring the car more to his style helped quash fears.

“I was always a little bit nervous about today as I have never really shone when it has got really slippery so we focussed on making no mistakes,” Paddon added.

“Since we have changed the car to more my liking before Rally Finland I have just been at one with the car.”

The result has seen Paddon end the WRC season in eighth overall.