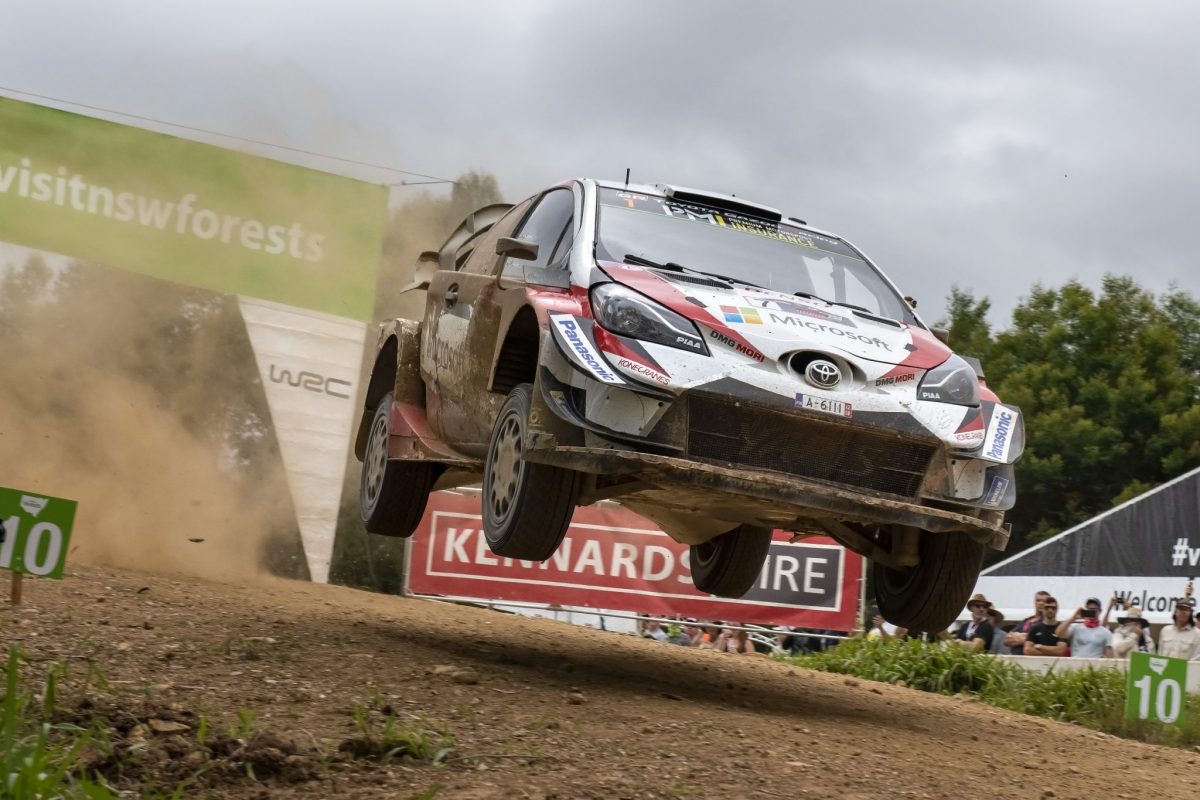 The Finn held a comfortable lead through the final Wedding Bells Power Stage to win the event by 32.5s from Paddon (Hyundai), who was promoted to second after title contender Ott Tanak retired on the penultimate stage when he clipped a tree.

Tanak, lying second, was the only man who could deny Ogier once Neuville exited the rally after clipping a tree, although the former needed to win the event and the Power Stage and require Ogier to make a mistake.

It proved to be an emotional championship victory for Ogier who finished the event in fifth, with the rally his last for the M-Sport Ford team before heading to Citroen next year.

Ogier has spent the majority of the rally avoiding risks before ending on a high by winning the Power Stage from Esapekka Lappi (Toyota).

He has cemented his place as one of the WRC’s most successful drivers with six consecutive titles.

“The season was so intense and actually it (the title) just happened in between two stages, it is a mixed feeling at this moment,” said Ogier.

“I’m proud of what I have achieved and my team they are the best. It has been an amazing journey together and now I just enjoy the last push in this car. I hope I will not miss it.”

It was a disastrous final event for championship hopeful Neuville after suffering a puncture on Friday which put him on the back foot for the remainder of the event, before retiring on Stage 22.

Citroen completed the podium courtesy of Mads Ostberg ahead of Lappi, which wrapped up the manufacturers’ crown for Toyota for the first time since 1999.

For Latvala, the victory was his first of the season having emerged in the lead on Saturday morning before losing the advantage to Tanak.

A strong run in the wet conditions this morning saw the Finn score two stage wins to surge to the front where he remained until the finish.

“It has been two long years. I was losing hope that I wouldn’t win a rally this year,” said Latvala.

“This morning things changed again and these difficult conditions came in my favour. I’m really happy it is such an amazing feeling to be confirming the manufacturer title. I’m so happy for our team.”

Meanwhile, Paddon, facing an uncertain future next year, produced a solid performance throughout the rally, winning three special stages on his way to a best finish since Poland last year.

“That podium feels proper as we sort of picked up from people’s problems last year,” said Paddon, who finished third in Rally Australia in 2017.

Elfyn Evans (M-Sport Ford) was sixth in front of Craig Breen (Citroen), who recovered from hitting a tree stump on the opening day.

Teemu Suninen (M-Sport Ford) was seventh after the penultimate stage but an incident during that test saw him unable to contest the final stage.