Title momentum swings back to Evans in ARC decider

Title momentum swings back to Evans in ARC decider 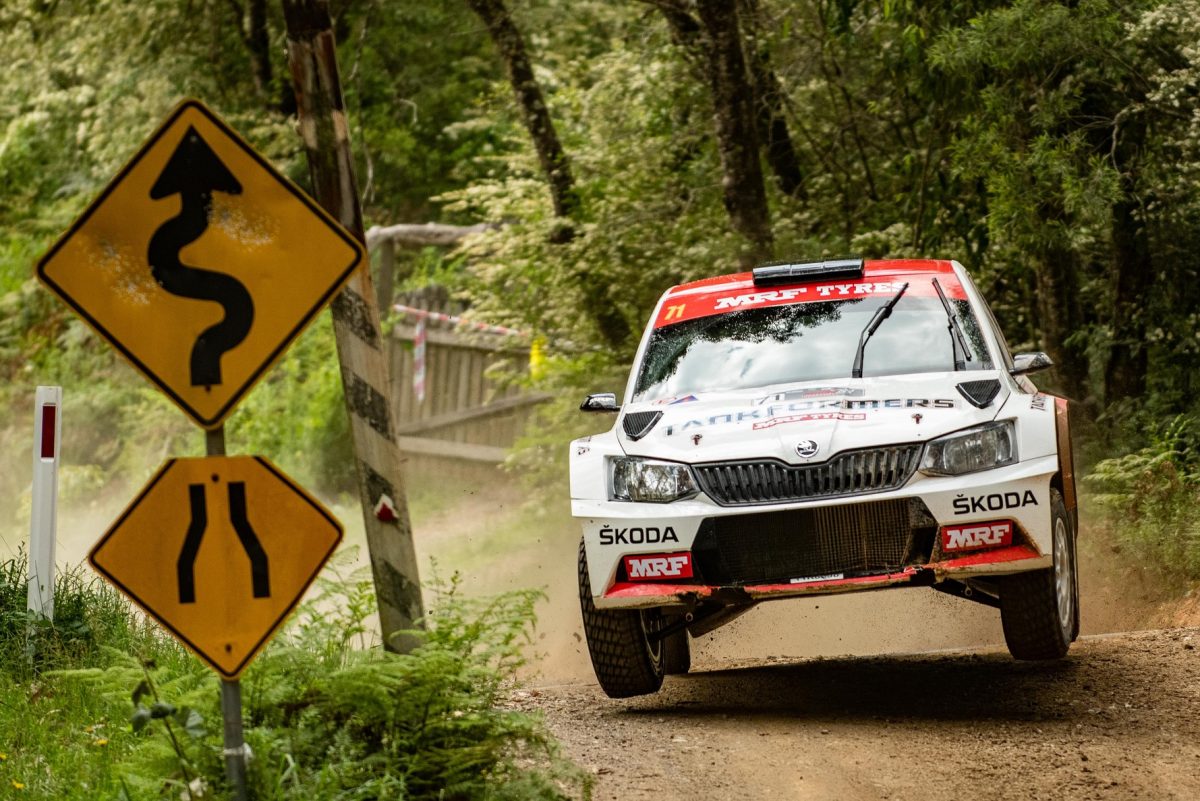 Eli Evans has rebuilt some of his points advantage as Harry Bates struck mechanical trouble on the penultimate day of the CAMS Australian Rally Championship in Coffs Harbour.

Steve Glenney also kept himself an outside chance of winning the title as he took Day 2 honours and moved into the outright lead of local competition at Kennards Hire Rally Australia.

Having broken a radiator on a jump in Friday’s Leg 1, Evans and co-driver Ben Searcy started Saturday with two stage wins.

However, their Tankformers Skoda Fabia R5 picked up a puncture on Special Stage 11 (Urunga I) and they handed more than a minute back to then-leaders Harry Bates/John McCarthy.

The Toyota Gazoo Racing Australia competitors won that stage and the next to arrive at the midday service a minute clear of the field in Leg 2 and more than three minutes up in the event overall.

After finishing a close third to Evans/Searcy on SS13 (Argents Hill Reverse II), their Yaris AP4 came to a halt on SS14 (Welshs Creek Reverse II) due to an engine problem.

The Neal Bates Motorsport crew which runs the factory Toyota will work on the car tonight, with no word yet on if Harry Bates will have a chance of pulling off a now unlikely championship victory on the final day of the season.

Glenney also struck trouble during the day, first in the first pass through Urunga when he glanced a tree stump and broke a rim on the Contel Communications Skoda Fabia R5.

He and co-driver Andy Sarandis, who have switched from a WRX to the Fabia this weekend, picked up a stage win in the afternoon loop before claiming both of the day’s Destination New South Wales Super Specials at Coffs Harbour Jetty.

“We had a flat tyre but everything else is okay. Much better today, been working with the boys today, still trying a few things but the balance has been there so it’s good.”

Evans bagged a solid haul of points for finishing second in Leg 2, and is now two positions back from seventh-placed Harry Bates in the outright event leaderboard.

Amid everything that was unfolding around him, rookie Luke Anear popped up in second outright in the Snickers Racing Subaru Impreza WRX STI in just his third gravel rally, albeit more than seven minutes back from Glenney.

The Australian Rally Championship will be decided tomorrow with six stages totalling more than 80 competitive kilometres.

The story so far in the ARC title battle, with one more day of action at @RallyAustralia. It’s gonna be a cracker on Sunday!