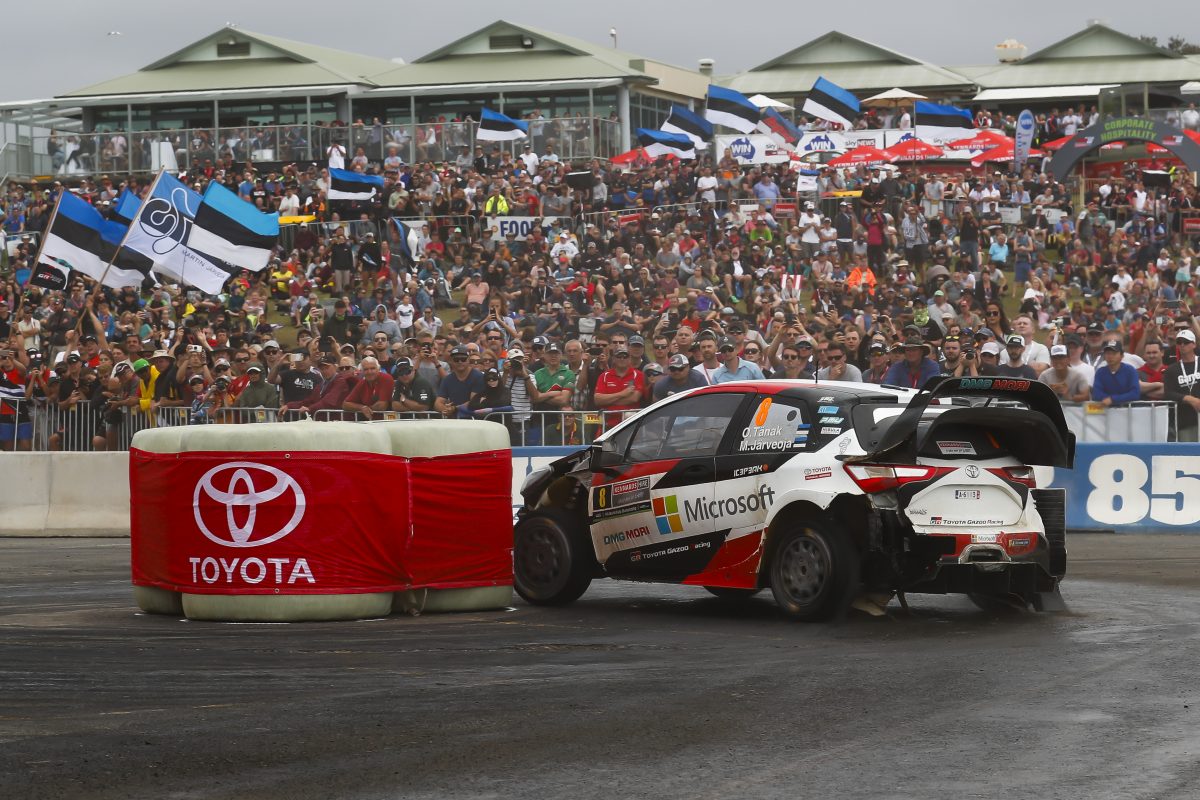 Rain fell midway through the stage held on Coffs Harbour Jetty offering differing conditions for a large section of the WRC field.

Tanak held a 9.7s advantage over Toyota team-mate Jari-Matti Latvala heading into the stage but made the most of his early road position to avoid the worst of the conditions.

As a result, the Estonian has now moved into a 21.9s lead over Latvala, who has now fallen into the clutches of Hyundai’s Hayden Paddon in third.

Latvala was not impressed by the situation calling for the stage to have been cancelled.

“For me, this is not fair,” said Latvala.

“We are waiting two hours here to drive the Super Special. Then some are in dry conditions, some are in wet.

“It’s not the same race. For me, we should cancel the times. This is stupid.”

The Finn was not the only driver to complain with Citroen’s Mads Ostberg also aggrieved.

He remains fourth although the gap to Esapekka Lappi (Toyota) in fifth is 3.8s.

Sebastien Ogier remains in a strong position to take out the world championship in sixth for M-Sport Ford.