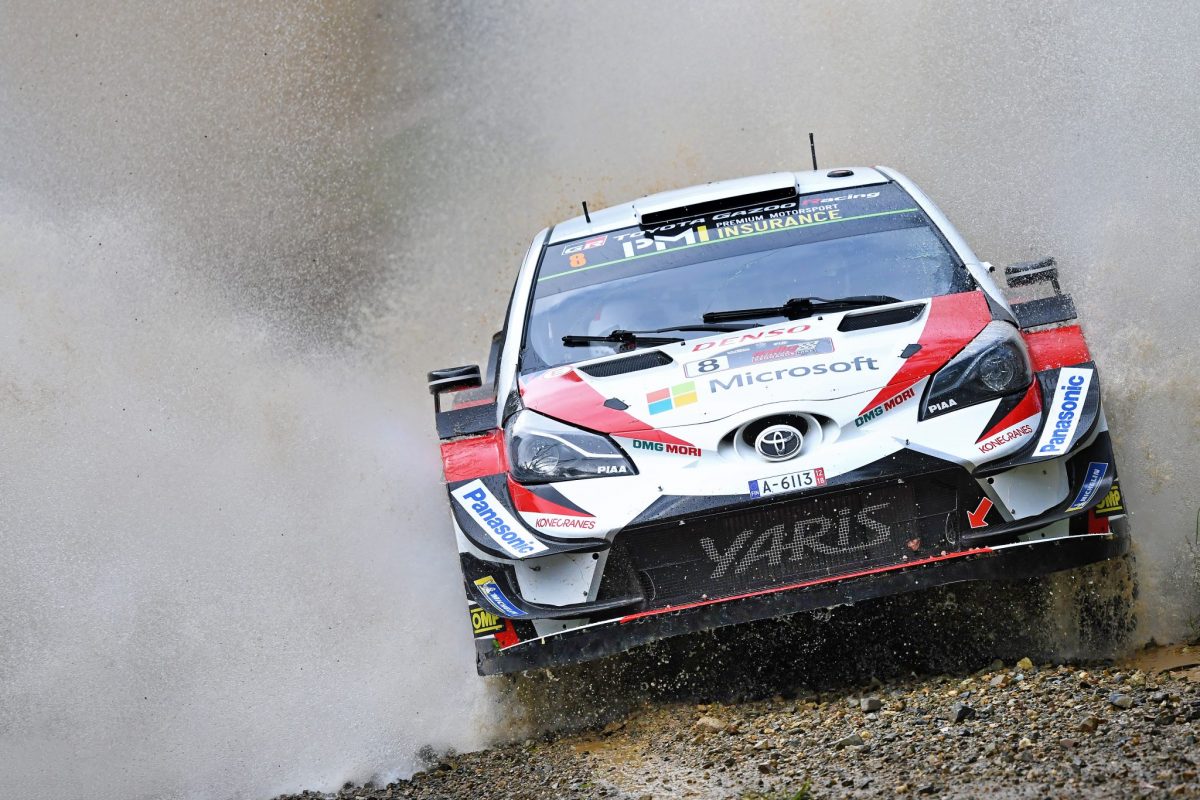 Ott Tanak has moved into the lead of Kennards Hire Rally Australia after a strong run through the afternoon stages although Sebastien Ogier remains on target to claim the championship.

The Toyota driver surged to the top of the leaderboard after winning Stage 14 (Welshs Creek II) which saw the championship outside shot overhaul the 3.2s advantage team-mate Jari-Matti Latvala held.

Tanak, who is 23 points adrift of championship leader Ogier, opened up a 9.7s rally lead over Latvala.

Latvala lost valuable time on Stage 15 having struggled for grip on worn rubber.

The Finn rued a decision to only take one spare tyre compared to his rivals.

While Tanak has put himself in the best position possible to challenge for the title, the championship appears to be heading towards Ogier.

The five-time world champion is sixth and as it stands he will claim the title even if he fails to score points in the Power Stage.

Thierry Neuville’s hopes are fading in eighth although a mechanical issue or error from Ogier could bring him back into play.

Outside of the championship battle, New Zealander Hayden Paddon has assumed third position courtesy of an impressive showing from the Hyundai driver.

The Kiwi claimed his second stage win of the day in Stage 13.

His pace continued throughout the day which was rewarded by taking over third from Citroen’s Mads Ostberg, who struggled for speed on Stage 15.

As a result, the Norwegian has dropped to fourth overall ahead of Toyota’s Esapekka Lappi.

Steve Glenney (Skoda) has taken over the ARC event lead while Eli Evans appears favourite to lift the championship crown in sixth courtesy of his 57 point lead over Harry Bates.