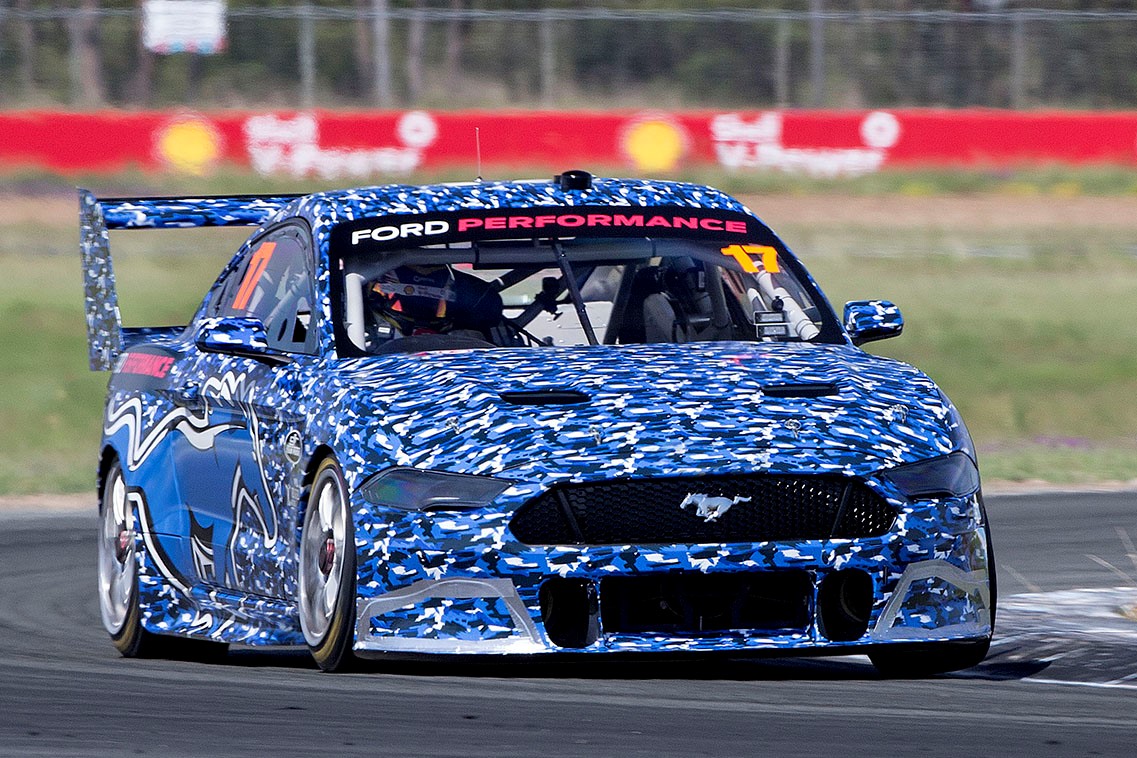 The new Ford Mustang Supercar is set for Supercars’ official homologation process after completing a series of straightline aerodynamic tests this week.

That running came after a shakedown at Queensland Raceway, where the car broke cover, followed by a test day at Phillip Island a week ago.

Aaron Seton, who is a mechanic for homologation team DJR Team Penske as well as an aspiring racer in his own right, completed the straightline running.

The team’s regular drivers, Scott McLaughlin and Fabian Coulthard, had shared the car at QR and Phillip Island.

Next up for the Mustang is the official VCAT program, in which Supercars will benchmark it against the existing Holden ZB Commodore and Nissan Altima L33, in December.