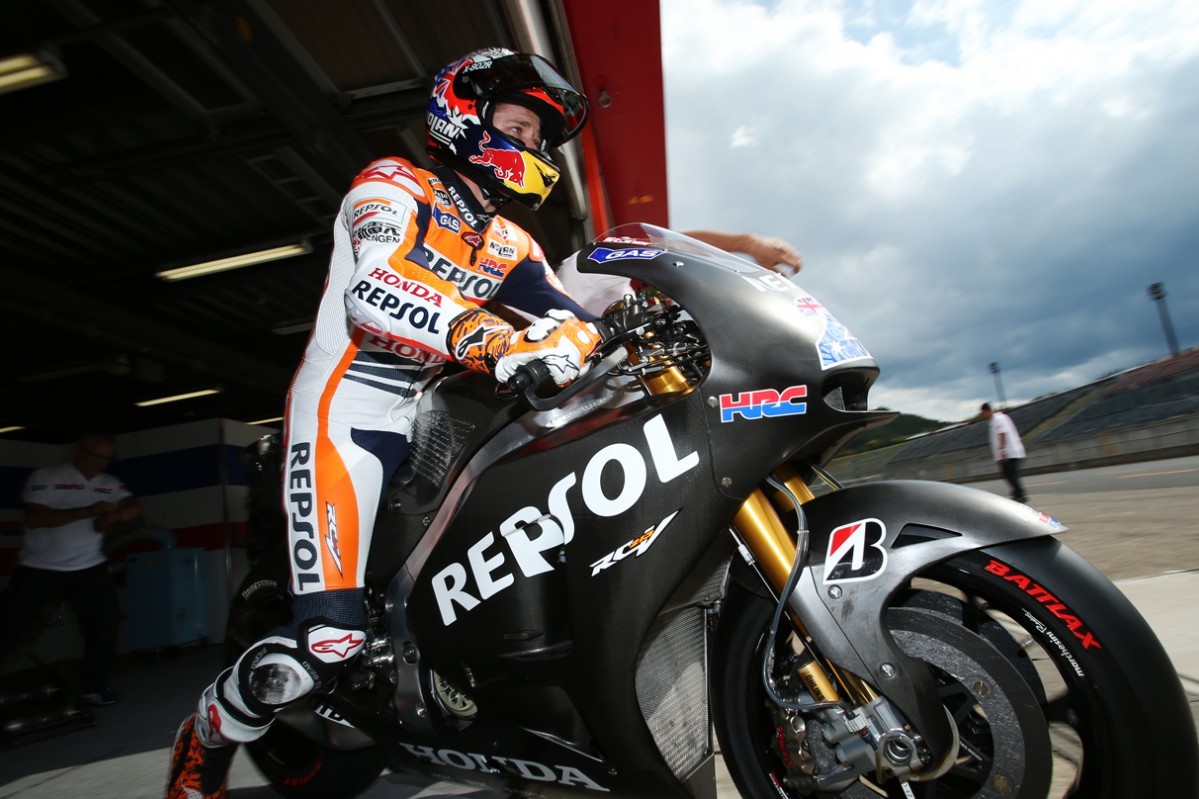 Marc Marquez would rather Honda stick with Stefan Bradl as its test rider even though Casey Stoner is theoretically available after not re-signing with Ducati.

Ducati recently confirmed that Stoner would not be one of its test riders in 2019, bringing to an end his current three-year stint with the Bologna factory.

The Australian won the first of his two MotoGP world championships with Ducati and the second with Honda, and also spent three years as a test rider for HRC following his retirement from racing at the end of 2012.

Marquez, who took over Stoner’s seat at Repsol Honda, cited Bradl’s greater commitment to the role as reason for preferring the German.

“Of course Casey has an incredible talent, but of course if you want to be a test rider you need to test many, many days during a season, you need to be able (to test) when the factory wants you,” said the Spaniard.

“Now we have a very good test rider, that is Stefan Bradl, so I would like to keep him.”

Michele Pirro has performed most of Ducati’s testing work in recent years, while Stoner was this year only available for a private test in Malaysia, where he reportedly performed well, before a shoulder operation prevented any further running.

It was that surgery which Ducati Corse Sporting Director Paolo Ciabatti cited as reason for doubts over Stoner’s future when reports first emerged in August, although Stoner himself claimed that he was lacking motivation due to Ducati ignoring his feedback.

Repsol Honda team manager Alberto Puig played down the potential for the 33-year-old to link up with the Japanese marque again, but did not dismiss the possibility completely.

“Well, rumours are rumours, but Casey has a good relationship in the past with Honda, he won a title, and that’s it,” said Puig.

“You know well that I personally also have a long relationship with him.

“Casey is a very special rider and is an interesting rider for our company. And of course, to let him try your bike sometimes is always interesting for all of us.

“But on the rumour (of Stoner testing for Honda again) I cannot tell you much, frankly speaking.”

Ciabatti, meanwhile, claimed that the decision was one agreed to by both Ducati and Stoner.

“You cannot say ‘Why did Ducati not want to continue?’, because it’s a mutual decision,” he said.

“Basically, we had an agreement which was based on 2+1 years, when we signed it in 2016, so the end of this original agreement was by the end of 2018.

“I think with the help of Casey we have been able to develop a very competitive bike, the one you see now. And obviously we are grateful to him and also to Michele Pirro and to the factory riders because it was a continuous development to be able to bring the bike to the current level.

“For different reasons, when we met in July we thought there were not really the conditions to continue.

“I cannot go into too much detail, but what I want to say is that we are very thankful to Casey, he is definitely one of the most loved riders by the Ducati fans and we could witness at the World Ducati Week in July in Misano how much the Ducatisti love him.

“So in a way it’s a shame that we are not able to continue, but that’s life and we will move on.”

Marquez topped a rain-affected Friday of practice, while Jack Miller was second-fastest on combined times on his Pramac Ducati.

Qualifying starts in the early hours of Sunday at 0010 AEDT.