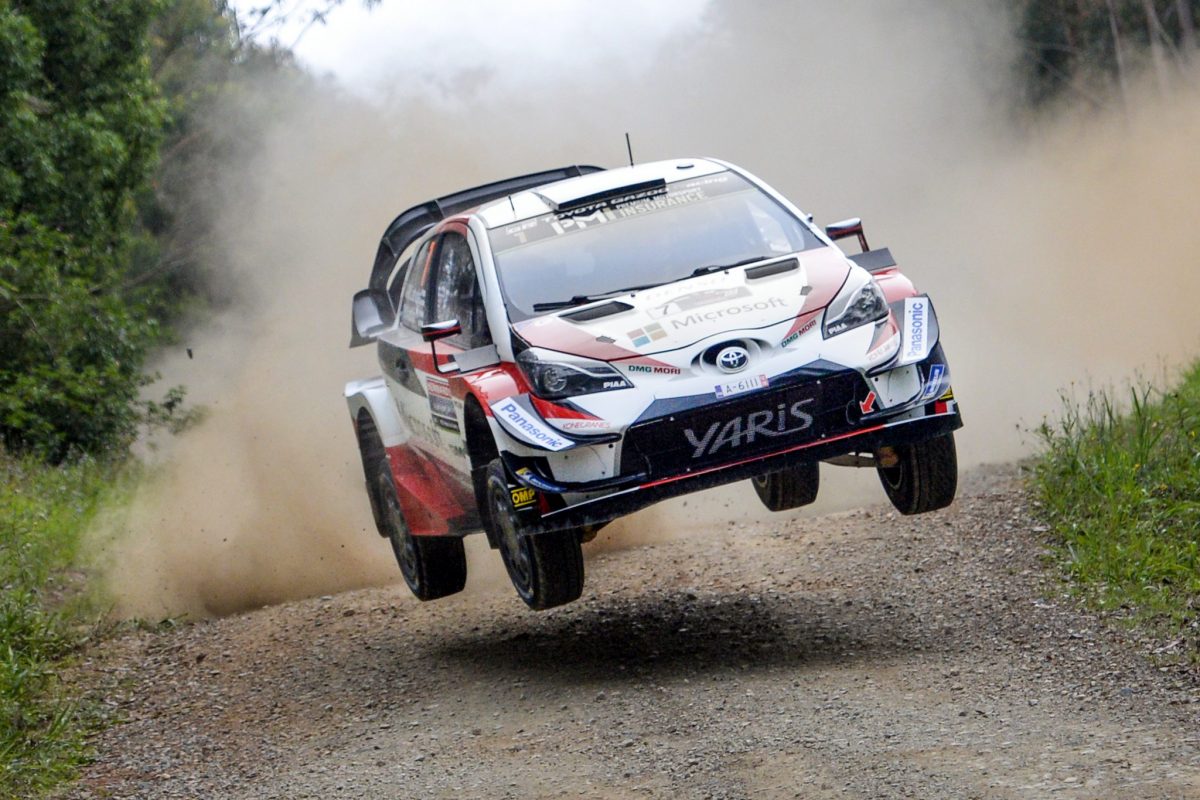 Jari-Matti Latvala has claimed the Kennards Hire Rally Australia lead as Toyota surged to the front following the opening loop of stages on Day 2 at Coffs Harbour.

Latvala finished second in three of the four stages to move into the overall lead but its was title contender Tanak who took the spoils on Stages 10, 11 and 12.

Tanak’s surge has seen the Estonian climb from fifth overall to second, just 3.2s behind his Finnish team-mate.

While Tanak has given his title hopes a boost, championship leader Sebastien Ogier remains in the box seat to claim the title in sixth position.

The M-Sport Ford driver holds a 23 point advantage over Tanak.

Fellow title hopeful Thierry Neuville, who is only three points behind Ogier, is back in ninth, some two minutes adrift of the lead for Hyundai.

His morning was not helped after grazing a bank in Stage 11.

As the Toyota duo starred on the morning stages, Ostberg has now fallen to third overall for the rally while his Citroen team-mate Craig Breen dropped from second to 10th.

The Irishman suffered a stuck throttle on Stage 10 but worse was to follow when he clipped a tree stump with the left rear on the following test.

Having claimed to have already picked up a puncture he completed the repairs in between stages costing him 3:50s of time penalties.

New Zealander Hayden Paddon remains in fourth having won the opening stage of the day, while Esapekka Lappi held fifth ahead of the afternoon stages.

Harry Bates holds a commanding lead in the Australian Rally Championship and is top Aussie in 13th overall.