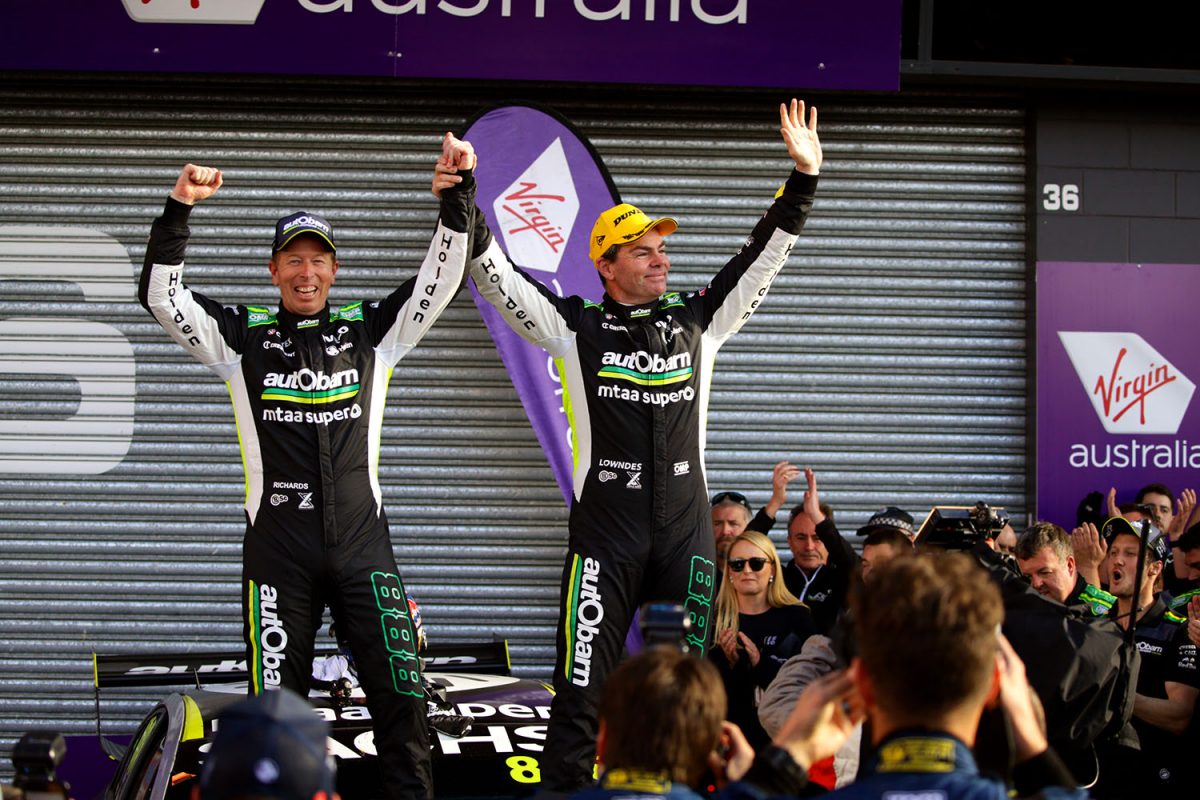 Former team owner and Bathurst 500 winner Fred Gibson says he doesn’t consider Craig Lowndes in the same way as he does Peter Brock.

The man responsible for luring Lowndes from Holden to Ford in 2001, Gibson played an instrumental part in the seven-time Bathurst champion’s career.

He also raced against Brock during his own competitive career, and got to know the man through his continued involvement in the sport after hanging up his helmet.

Though he can see parallels between the pair, Gibson believes Lowndes and Brock to be very different personalities.

“Craig is an icon of the sport,” Gibson told Speedcafe.com.

“I think Craig stands on his own two feet and does his own thing, and I think that’s very important.

“(Craig’s) been very good at driving well, getting results, but also being the fan favourite, which Brock was too, but the whole thing is there’s lots of drivers that aren’t fan favourite but they drive well.

“That’s the thing that Craig’s got, he’s got everything.”

Lowndes spent two seasons racing for Gibson Motorsport/00 Motorsport from 2001 after joining the Ford squad from the factory Holden team.

Working with Ford Australia’s then boss Geoff Polites, Gibson was able to spring Lowndes from his existing contract with Walkinshaw to bring him over to Ford.

Discussions started midway through 2000, though the deal was only concluded on the Wednesday prior to the Australian Grand Prix.

“It was a big thing but the thing is he was looking for a change,” Gibson recalled of Lowndes switching brands.

“He wasn’t happy driving for the Holden team and there was an opportunity that came up.

“I got Lowndes out of his Walkinshaw deal – all Tom wanted was money, that was typical Tom!

“It was a long process, it started probably mid-year and didn’t come to fruition until virtually the Grand Prix,” Gibson added.

“He wasn’t released out of Tom’s contract until about the Wednesday of the Grand Prix.

“Polites said to Stone Brothers ‘can we build a car for the Gibson team because of the time frame’.

“Anyway, we ended up getting one of their old cars at the finish and painted that up and that’s the car that we ran the Grand Prix with. Then we built the green eyed monster after that.”

Having announced his intention to retire at the end of the season over the Watpac Townsville 400 weekend, this weekend’s Coates Hire Newcastle 500 will bring a curtain down on a full-time career that began in 1996 and netted three championships and seven Bathurst crowns.