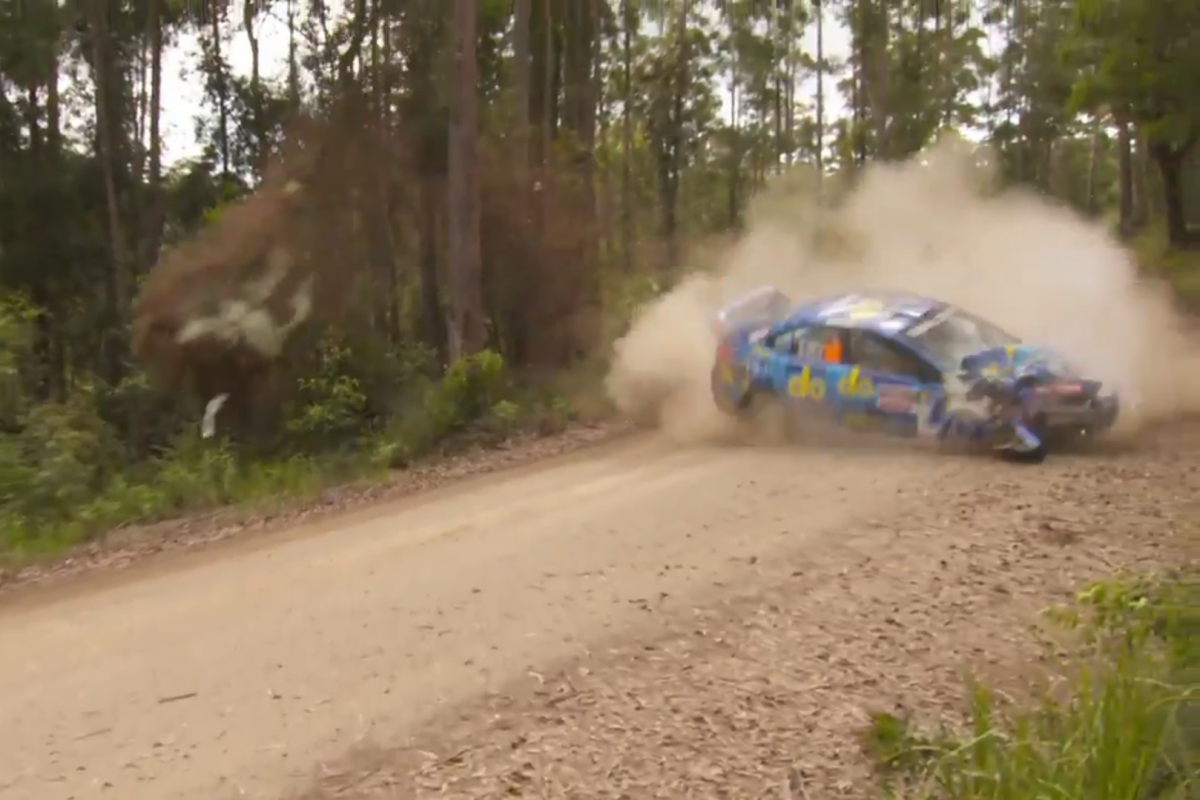 Molly Taylor and co-driver Malcolm Read have avoided injury after suffering a heavy impact that has ended their Kennards Hire Rally Australia bid on the opening day.

The 2016 Australian Rally Champion suffered a high speed collision with a hay bale which was positioned to guard a tree trunk on Stage 2 of the event at Coffs Harbour.

The vehicle caught fire prompting the stage to be stopped to allow emergency crews to attend.

Taylor and Read were assessed at a Rally Village Medical Centre. Both have reported soreness but have avoided injuries and have returned to service park.

“We just came really hot over a crest into a fast right hander and when the car landed over the jump it just snapped right and unfortunately there wasn’t any room, and we just went straight into the bale on the inside pretty fast,” said Taylor.

Taylor’s Subaru Do Motorsport team issued the below statement to Speedcafe.com.

“Following an incident this morning on the second stage of Kennards Hire Rally Australia, the Subaru do Motorsport team will not contest the rest of the three-day event,” read the statement.

“The Subaru crew of driver Molly Taylor and co-driver Malcolm Read were checked out by medical staff on stage after reporting soreness following a high speed collision with a hay bale, which was positioned to guard a tree trunk.

“They were subsequently transported by a rally Medical Intervention Vehicle to the rally village medical centre for further checks.

“Both report soreness but no other injuries.

“The team’s WRX STI was badly damaged in the engine bay area, prompting the stage to be stopped for a period to enable emergency crews to access the incident, which occurred 7.2 kilometres into the stage.”

SS2 | A big impact for Molly Taylor & Malcolm Read aboard their Subaru. The main thing is, they walked away otherwise unhurt 🙏#RallyAustralia #ARC pic.twitter.com/TFwW6Pp3mu